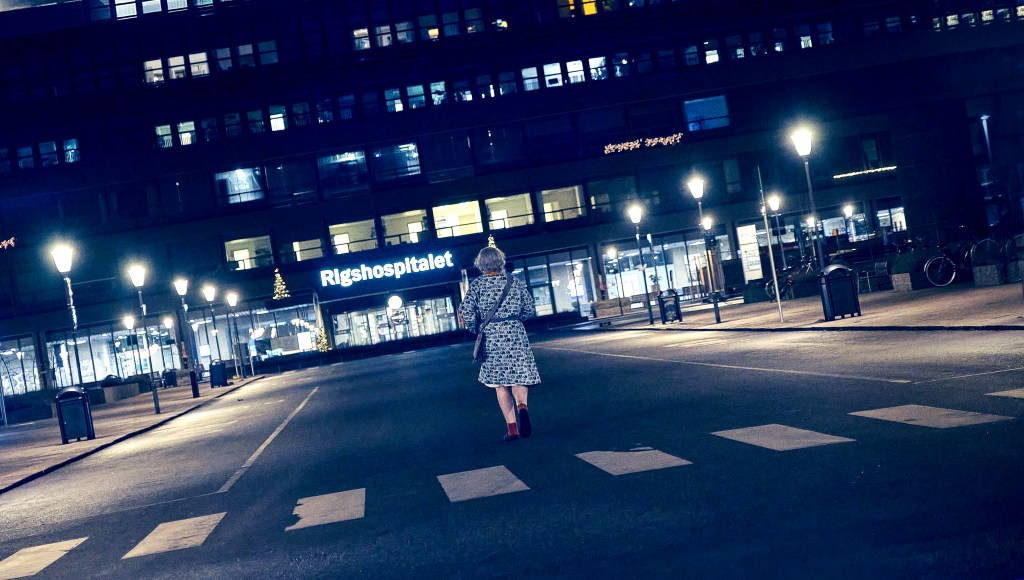 The latest installment completes Trier’s 1990s cult series The Kingdom set in a hospital built on top of the old bleaching ponds in Copenhagen, where evil has taken root.

The new clip reveals the opening scene in which Danish actress Bodil Jørgensen, in the role of the main character Karen, sleepwalks her way into the eerily empty hospital late at night.

“We are excited to be experiencing immense interest from buyers worldwide with several negotiations still going on and soon to be revealed. The first footage surely underlines the uniqueness of the series that continue to intrigue the global market,” said TrustNordisk Managing Director Susan Wendt.

The show is produced by Louise Vesth for Zentropa Entertainments with NENT Group and DR as co-producers.

Sarah Hyland Surprises Sofia Vergara In Sweet ‘Modern Family’ Reunion On ‘AGT’
What the Heck Is Going On with DC and Warner Bros?
‘Never Have I Ever’ Boss On Surprise Season 3 Cliffhanger & What It Means For The Future
Issey Miyake Brought the Avant-Garde Down to Earth
Jenna Dewan Pole Dances In Fishnets To Announce Her New Movie: Watch