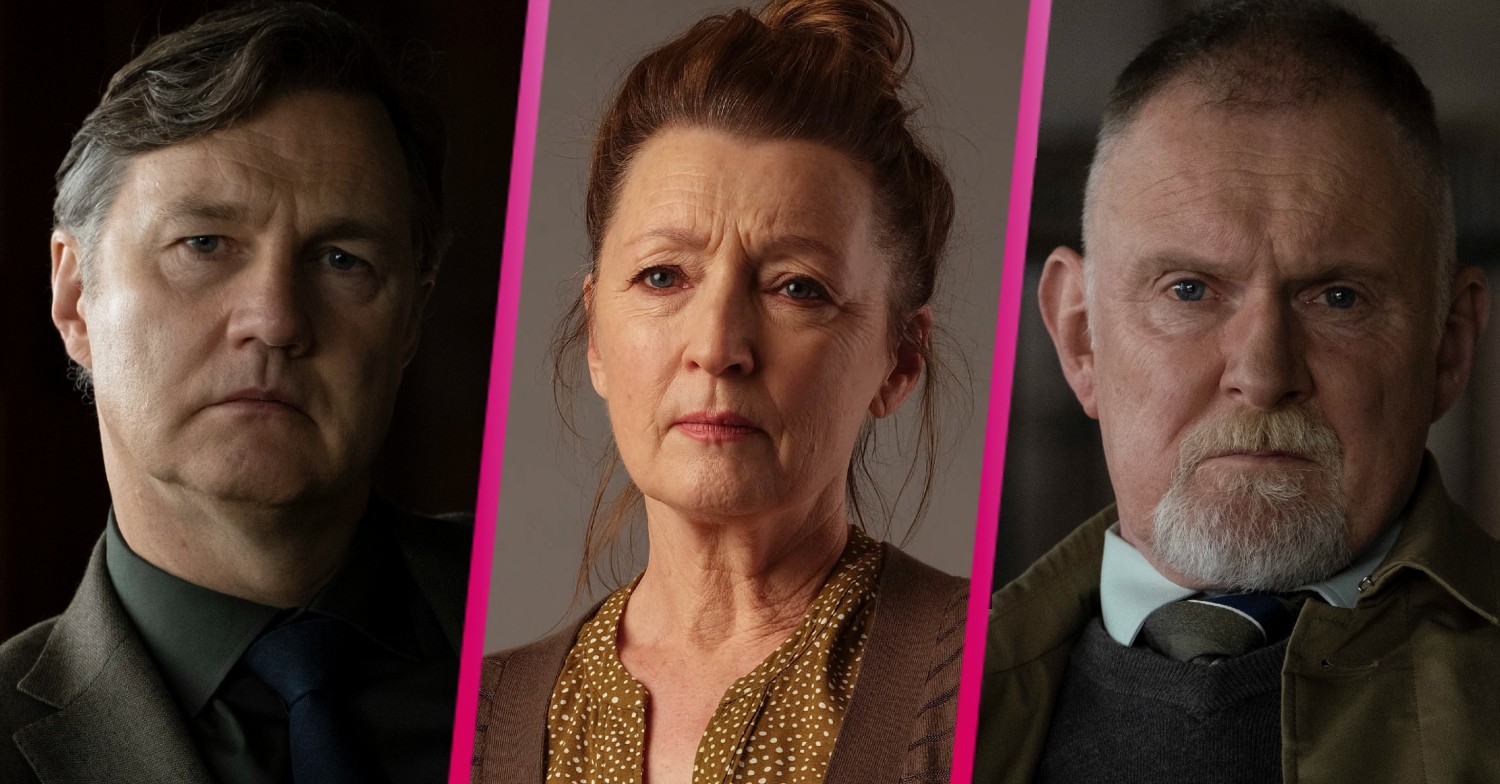 Sherwood on BBC One is undoubtedly one of THE best British crime dramas we’ve ever watched – and here’s why in our review.

As soon as the BBC announced it was making the six-part series back in 2021, we knew it looked good.

But we had no idea it was going to be THAT good.

Read more: Who wrote Suspect on C4? What has Matt Baker done before and will there be a season 2?

Sherwood BBC review: Why Sherwood got it SO right!

In fact, it’s hard to think of any other crime series – or TV series full stop – that comes close to achieving the magic of Sherwood.

We had This is Going to Hurt earlier this year, which combined moving performances, with dark humour.

Worth noting, that this was also based on real events.

Did any of you guess that Andy Fisher would kill his own daughter-in-law, or that Daphne Sparrow was really Keats?

Of course, it should go without saying that the cast was probably the best combination of TV talent ever to appear in a TV series.

Sherwood was compelling because it was based on a true story

Dramas based on real events are often compelling for that very reason.

They say truth is stranger than fiction, and it’s often true.

Although not totally accurate, the murders that took place in Sherwood were inspired by true events.

In fact, at the end of Sherwood episode six, viewers saw a tribute appear in honour of Keith ‘Froggy’ Frogson.

Keith was the miner who was killed in real life by Robert Boyer, a mentally ill neighbour who held a grudge.

It’s hard to believe that two murders were carried out within two weeks of each other, and that both killers went to ground in woodland near Annesley Woodhouse.

Police eventually arrested both men and charged them with their crimes.

And he wasn’t wrong.

Read more: Who is Wendy Crozier in Coronation Street? What happened between her and Ken Barlow?

Sherwood BBC review: The cast of Sherwood was simply perfect!

We’re still in awe of the cast of Sherwood, who smashed every scene.

Have you ever seen such an amazing cast in one series? We doubt it.

We could not look away – just incase we missed someone!

Even the smaller parts were filled by the likes of Don Gilet, Lindsay Duncan, and Christopher Fairbank.

Stephen Tompkinson who usually leads dramas was in just one episode.

Of course, the leads were simply mesmerising.

Lesley Manville was sublime as Julie Jackson, and we’ll never forget her moving performance as the widower.

Her speech in episode six about living in an ex-mining town had us in bits.

There wasn’t a dud line between them.

We could watch the cast perform all day, and all night.

If there aren’t awards being thrown at this later this year, we’ll be very surprised.

Where do other shows get it wrong?

Talking of the acting, a good cast isn’t enough.

Look at Suspect, with aired recently on C4.

On paper, it looked great.

But it failed to deliver.

Anybody else think it was just silly?

Each episode moved the story along, but still left tantalising mysteries.

Sherwood offered a multi-layered story that kept us guessing until the very end.

But it didn’t need silly gimmicks like Vigil or Trigger Point, which both failed to engage despite being commissioned for second series.

The plot of Sherwood incorporated real life issues – including the miners’ strike of 1984 and the use of spy cops.

The first episode used real footage of events that many of us are old enough to remember.

There was the murder mystery element, even though we knew who had killed both Gary Jackson and Sarah Vincent.

But we didn’t know why, or if they’d be caught.

There was the tricky relationships between Ian St Clair and Kevin Salisbury, Ian and his wife, Julie Jackson and her sister Cathy Rowley…

Each was heartbreaking in their own way, and perhaps something we could all relate to.

Crucially, the ‘villains’ and ‘heroes’ weren’t black and white either.

Like us viewers, they were human and capable of good and bad.

DCS Ian St Clair had done some wrong things and he battled with those decisions all his life, while DI Kevin Salisbury had been ostracised for his role in one fateful night – which really he wasn’t to blame for.

Did we have sympathy for Keats? Yes, in the end we did.

Sherwood was light and shade, no one was two-dimensional, and every scene was thought-provoking and deliciously executed.

We are THRILLED to report they’ll be another series coming up.

Sherwood is currently available to watch on BBC iPlayer.

What did you think of Sherwood on BBC One? Leave us a comment on our Facebook page @EntertainmentDailyFix.