EastEnders spoilers for next week reveal Phil Mitchell‘s life is in grave danger. Is Walford‘s greatest hardman about to meet his maker?

Back on the Square, Mitch’s brother Avery arrives, and is hiding a secret. 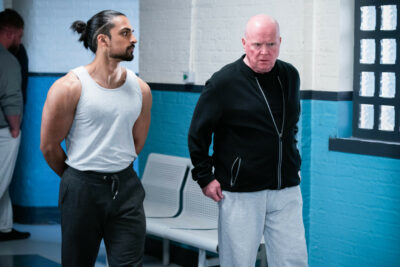 Phil makes an enemy of another prisoner and turns to fellow inmate Ravi to get a burner phone.

He calls Ben for a favour, but will Ben help? There is soon a sinister warning left in Phil’s prison cell: he dies tomorrow.

Phil offers to pay Ravi to back him up, but will he agree? 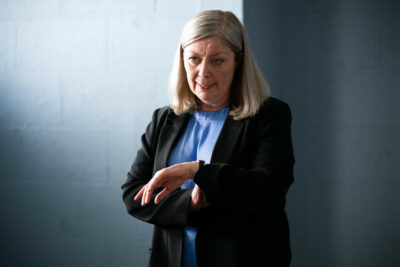 As Craig warns Phil his time is nearly up, Keeble arrives.

She tells Phil he has no hope of any back up in his fight against Craig. 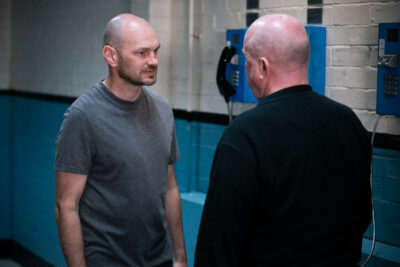 Phil gives Sharon letters for his loved ones and Sharon begs him to take Keeble’s deal.

Craig then comes for him, but will anyone rescue Phil? 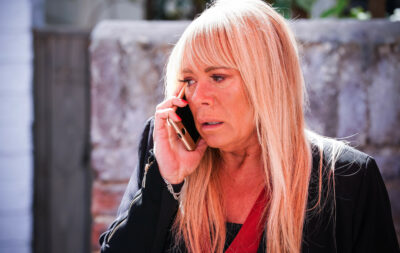 The next day, Sharon anxiously awaits news of Phil, but will it be bad? 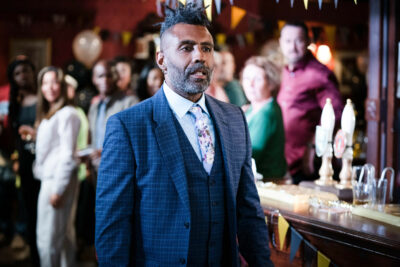 Avery Baker arrives in Walford and causes a stir with his flash car.

After realising he’s got off on the wrong foot with the market traders, Avery organises a gathering in The Vic. Mitch is stunned when he walks into the pub to see his brother standing there and it’s clear they have difficult history.

Will Mitch be pleased to see him? 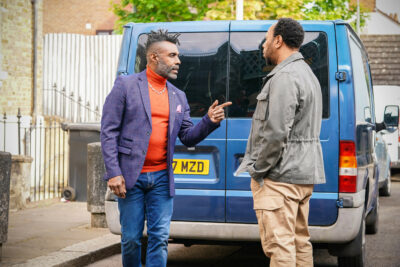 Avery apologises for not being there for Mitch and then asks his brother to help him with a job.

Mitch is reluctant, but Avery convinces him it’s legit. However, it soon becomes clear it’s not. 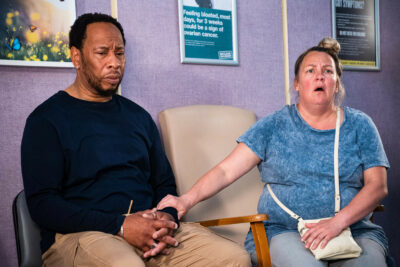 During an argument with Mitch, Avery collapses and he’s taken to hospital.

Mitch and Karen await news, but they get a shock when Avery’s kids arrive and reveal his secret. 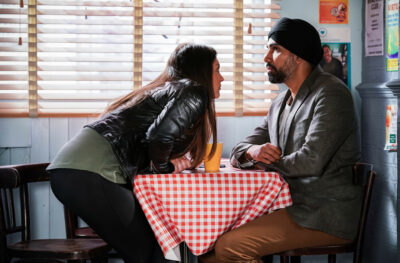 Stacey thinks Kheerat is ashamed of her so tests him by kissing him in public.

He backs away as Suki walks in and Stacey’s furious so ends their relationship.

Read more: Who is leaving EastEnders this year? 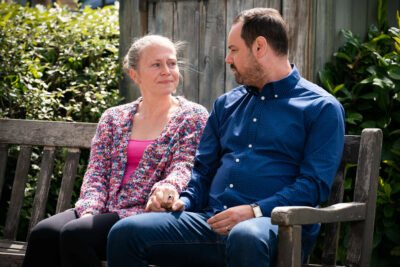 Linda is grateful when Mick offers her his support ahead of her meeting with the social worker.

She later finds out Annie is staying with her. 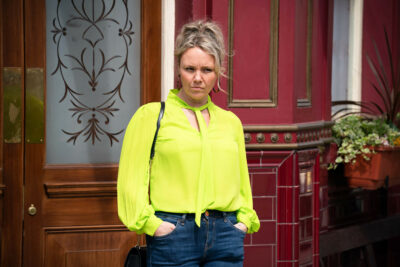 Janine clocks them together and is annoyed to see their closeness.

But will she do anything about it? 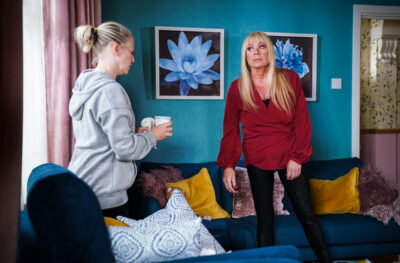 Sharon later tells Linda she doesn’t have to prove herself, but Linda is determined to start working at The Vic again.

Will it all end in tears?

Jon Batiste Exits Late Show With Stephen Colbert as Bandleader After 7 Seasons
Are Amy Pond and Rory Williams Coming Back for the ‘Doctor Who’ 60th Anniversary Special?
WWE Finds More “Unrecorded Expenses” By Vince McMahon For A Total Near $20M
Anne Heche Under Influence of Cocaine At Time of Car Crash
Lori Harvey Opens Up About Red Flags And What She’s Learned From Dating Months After Split From Michael B. Jordan