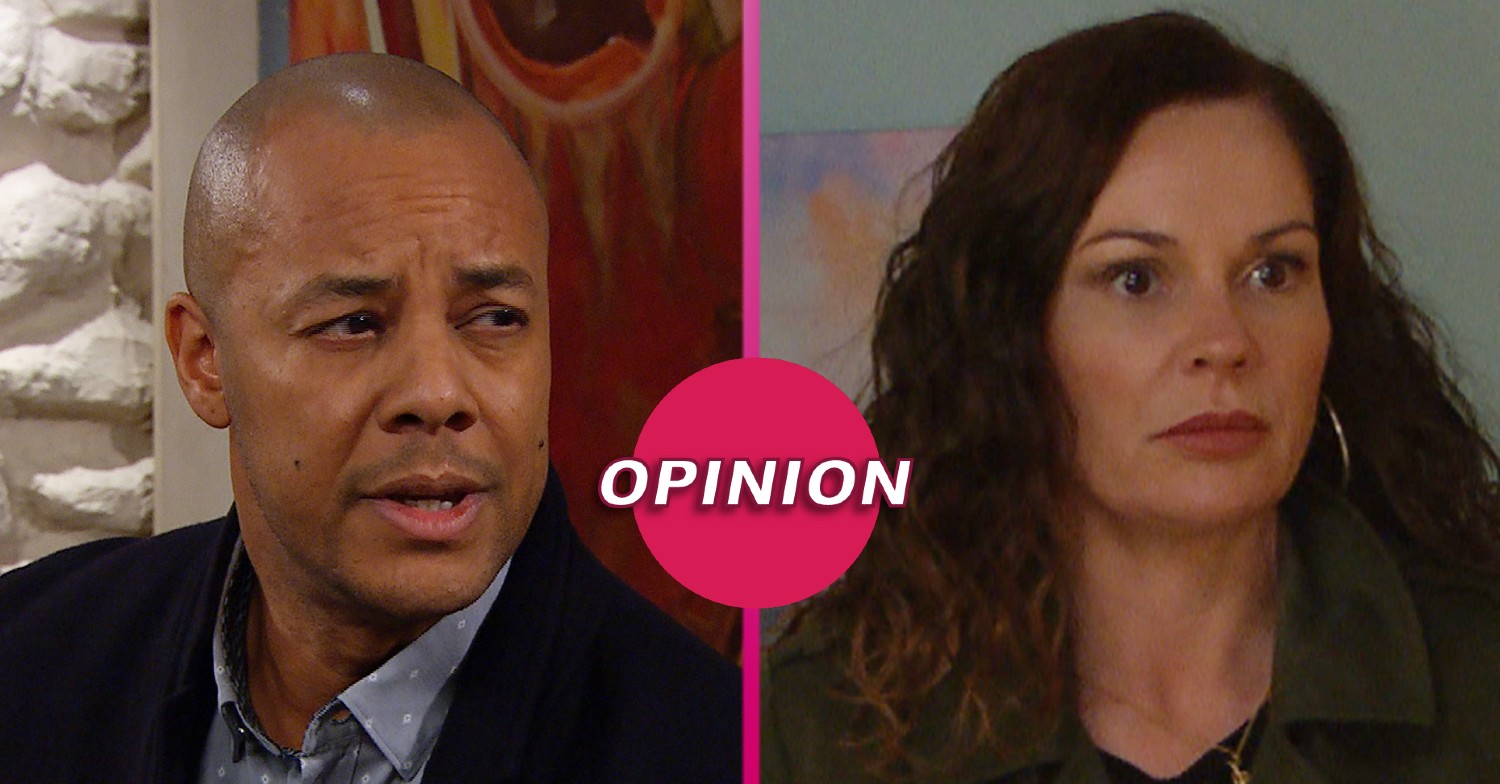 Emmerdale character Al has had an on and off feud with the Dingle family over the last year.

Although Al and the Dingles seemed to have put their feud to bed, it was clear he was never going to become best friends with the family.

However, now it looks like he’s heading for a full-blown affair with Chas Dingle, but is it the best idea?

Read more: Who is in the cast of Emmerdale 2022? Meet this year’s full line-up

Emmerdale: Why putting Al and Chas together is a great idea

Yes, it is a great idea to put Chas and Al together.

Over the last year and a half, Al and the Dingles have built up a big feud.

Al and Chas started to grow closer towards the end of 2020 and she even tried to kiss him.

He was with Priya at the time and rejected Chas, but then the Dingles found out, causing them to dislike Al.

It was then revealed that he had been cheating with Priya with Cain’s daughter, Debbie.

This obviously caused a lot of tension between Al and the iconic Emmerdale family.

Last year, Al made things even worse when he tried to get Chas to sell the Woolpack. But when things didn’t go to plan, he blew it up.

So over time, we have seen this feud start to grow.

A few months ago, Al saved Cain’s life after a car crash, so although they’re not exactly best buds, the feud has cooled down.

Now I know many Emmerdale viewers might be questioning why they put Al and Chas together and there is only one answer – it would cause absolute chaos.

I’ve been saying for a long time that Emmerdale does need to have a big affair storyline.

Something that would shock villagers and cause a lot of fallout.

Don’t get me wrong, I dislike both Al and Chas, but putting them together for an affair is brilliant.

If (or should I say when) the truth comes out, it’s going to be insane.

Cain would struggle to forgive Chas for having it off with Al – especially after what he did to Debbie.

Paddy would be heartbroken and Belle, who is in business with Al, would be in a difficult situation.

A lot can come from an affair plot if it’s done right.

Find someone new for Paddy

If Paddy was to find out what Chas had been up to, it would also give him a chance to get free of her.

This storyline means Paddy has a good reason to leave horrible Chas and be with someone who is actually nice to him. He’s a good person and deserves better.

I also thought I’d add in that Al and Kerry have NO chemistry. Their relationship feels very random and one-sided, so they could do with a dramatic break up as well.

As always, I like to end my articles on a positive note. While I don’t like Al or Chas as characters, I think Michael Wildman and Lucy Pargeter are doing a great job.

If an actor can make an audience hate a character it’s clear that they’re doing their job right.

I hope their secret romance isn’t exposed too quickly. I’d like to see it build up and maybe be exposed for the anniversary or even at Christmas time.

We need the reveal to be as dramatic as Max and Stacey in EastEnders.

Read more: Emmerdale in 2022 – who’s leaving and who’s arriving in the village this year?

What do you think of Chas and Al? Leave us a comment on our Facebook page @EntertainmentDailyFix and let us know what you think!

Warren Sapp Says Kaepernick’s Raiders Tryout Was ‘A Disaster,’ ‘One Of The Worst’ Ever
Have You Ever Wanted to Renovate Master Roshi’s House? Check Out ‘House Flipper’ on Xbox Game Pass – No, I’m Not Kidding
‘Full House’ star Jodie Sweetin violently shoved by LAPD during pro-choice protest
“It’s So Personal”: Bella Hadid on Roe v. Wade and the Importance of Female Entrepreneurship
Justin Timberlake Sued by Director of ’20/20 Experience’ Documentary