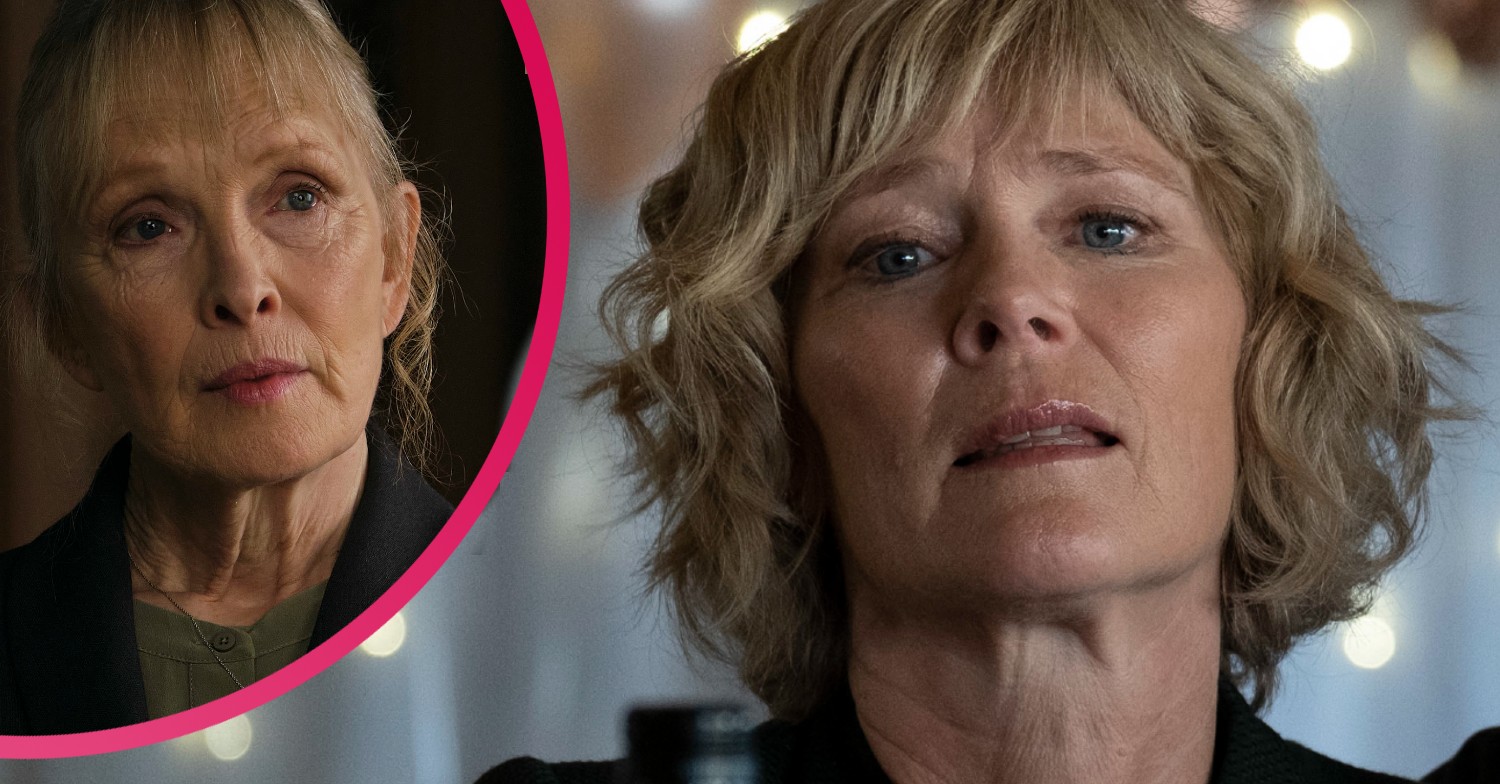 Sherwood continued with episode 4 on BBC One this Tuesday, and ended with an almighty bombshell.

If you didn’t gasp so loudly you startled the neighbours/woke the dog/spilt your tea, then you’re a much calmer person than us!

The fourth instalment of Sherwood focused on the search for the secret spy cop within Ashfield.

And the closing minutes of Tuesday’s episode (June 21, 2022) seemed to confirm the spy was Helen St Clair!

Here are the six burning questions we have after watching episode 4 of brilliant BBC drama Sherwood.

***Warning: spoilers from episode 4 of Sherwood on BBC One ahead***

Read more: Silent Witness on BBC One: Will there be a series 26 and when will it start?

Who is Keats? Is Helen St Clair the spy cop?

DI Salisbury is our new favourite character, and he got closer and closer to finding out the identity of the secret spy cop living in Ashfield.

Going through the list of possible suspects – all those who moved to Ashfield around the time of the miners’ strike – the name of Helen St Clair came up.

Of course, Ian laughed off the idea.

However, undeterred, Kevin looked up Helen on the police database, only to find her file was restricted.

So why was her file restricted, and does this mean she’s the secret spy cop codenamed Keats?

In the closing seconds of Sherwood episode 4 on BBC One, Helen called Kevin.

“You’re looking for me.”

Does this confirm that Ian’s wife Helen has been the spy cop living under a false identity all this time?

Sherwood episode 4 on BBC One: If so, does Ian know?

If Helen St Clair IS the secret spy, did Ian know about it?

Has he been covering for her all these years, or is he oblivious?

Might say a lot about his detective skills if he didn’t know!

Read more: Who is in the cast of Emmerdale 2022? Meet this year’s full line-up

Sherwood episode 4 on BBC One: Why did Raggatt kill himself?

Bill was a secret spy cop employed by the government as part of an elite unit of undercover officers who penetrated political groups.

Kevin visited Bill, where he revealed that there were five spies who worked locally – codenamed Wordsworth, Blake, Coleridge, Byron and Keats.

He said that Keats was the “trouble from the start” – so was probably the officer who stayed in the village and broke all the rules.

After Kevin’s visit, Bill shot himself.

Yes, he was dying of a terminal illness and only had weeks to live.

But Kevin’s visit had obviously spooked him.

What was he afraid of? Is Keats dangerous?

What was the Ridley Report / Plan?

During a very exciting guest appearance by Lindsay Duncan as Jennifer Hale, we learnt some disturbing news about Margaret Thatcher’s government.

The Ridley Report or Plan was according to Jennifer proof that the government WANTED the strikes.

She said: “They needed to provoke a strike in nationalised industries.

“And they picked coal. And they won.”

This is a real life report.

The Ridley Plan (also known as the Ridley Report) was a 1977 report on the nationalised industries in the UK.

The report was produced in the aftermath of the Heath government’s being brought down by the 1973–74 coal strike.

In the report, Tory MP Nicholas Ridley proposed how the next Conservative government could fight, and defeat, a major strike in a nationalised industry.

Sherwood episode 4 on BBC One: Does Andy have PTSD?

In Sherwood episode 4, it was suggested that he may have PTSD after being targeted by Scott Rowley with his bow and arrow.

Does Andy have PTSD?

And does this explain his very out-of-character attack on daughter-in-law Sarah Vincent, who he killed and left for dead?

Perhaps it was bound to happen, but killers Scott Rowley and Andy Fisher encountered each other in the forest where they are both hiding from the police.

But why didn’t Scott kill Andy?

And police believe Scott had targeted Andy when he aimed an arrow at the train Andy was driving.

So why didn’t Scott kill him when he had the chance?

Perhaps the police are wrong, and Scott is NOT targeting possible spy cops in the area.

Or maybe Scott realised Andy couldn’t possibly be the spy cop if he’d killed his daughter-in-law.

All will (possibly) be revealed in episodes 5 and 6 of Sherwood on BBC One!

Do you think Helen St Clair is spy cop Keats? Leave us a comment on our Facebook page @EntertainmentDailyFix.

Will Selling Sunset’s Maya Vander Return for Season 6? She Says…
Things We Saw Today: Chris Hemsworth Is Excited for Audiences to See His Butt in ‘Thor: Love and Thunder’
BET Awards 2022: Kendrick Lamar, Megan Thee Stallion, Will Smith, Jazmine Sullivan Among Winners – Full Winners List
Daytime Emmys: Mishael Morgan Of ‘The Young And The Restless’ Becomes First Black Woman To Win Outstanding Lead Actress
So Where Does the ‘Obi-Wan Kenobi’ Finale Leave Us?