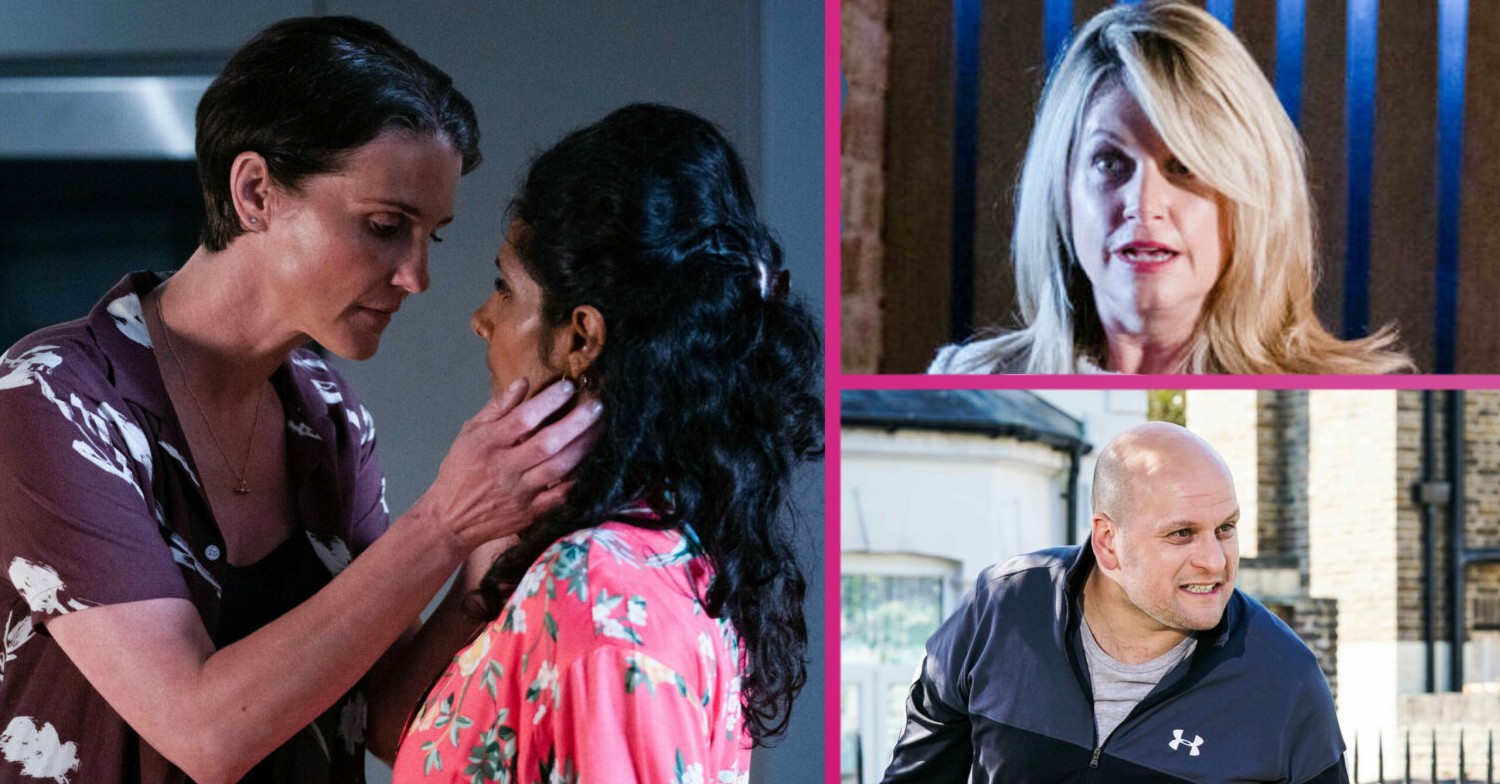 EastEnders spoilers for next week reveal Sam, Kat and Sharon are held at gunpoint. But will they make it out alive? 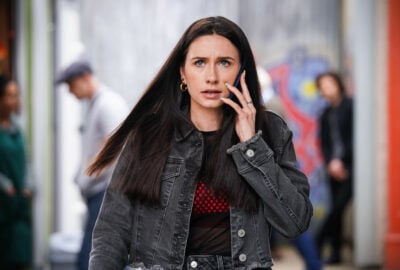 Sam is in charge of the club and gives Dotty the keys so she can go and get ready.

Dotty calls Shirley and tells her the coast is clear so Shirley trashes the club. 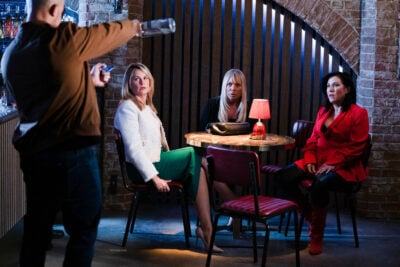 Two men barge into the club and hold Sharon, Kat and Sam at gunpoint.

Shirley is there too and she hides in the office. 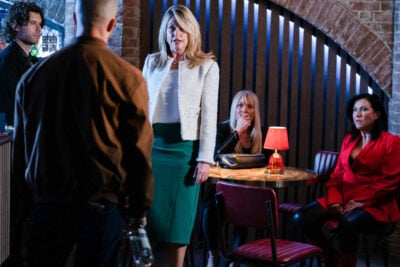 Sam tries to front it out, but the men mean business.

Someone gets shot – who? And will they survive? 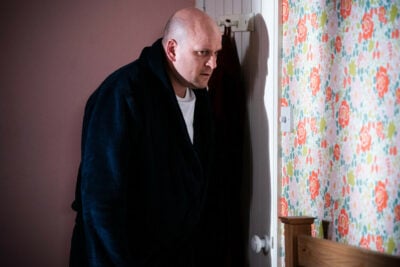 Bernie tells Rainie she can have Roland, but must leave Stuart.

Stuart overhears Rainie and Mitch discussing the situation and makes a decision. 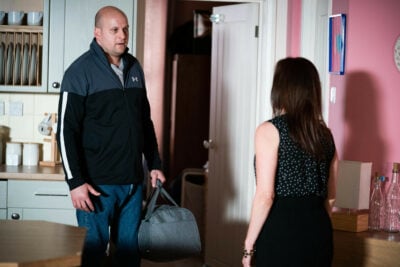 Stuart packs his bags and tells a heartbroken Rainie he’s leaving her.

Will she accept it’s the end of their relationship? 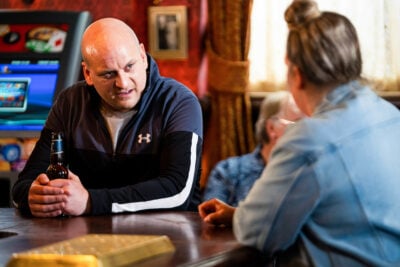 Karen later gives Stuart a piece of her mind for abandoning Roland.

However, Patrick steps in and makes Karen see there might be more to it…

4. Can anyone help Stuart? 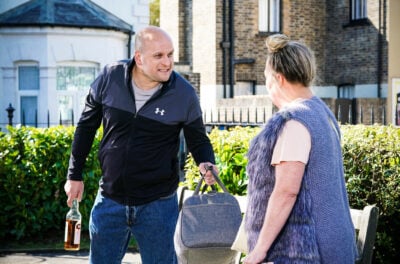 The words hit Stuart hard and he snaps at her. 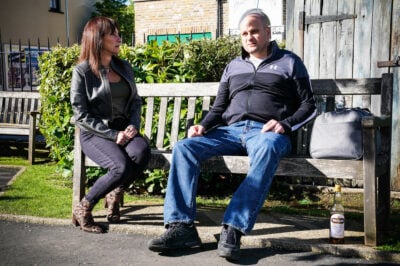 After Stuart spends the night on a bench, Rainie tries to get through to him.

But when Karen tells him Rainie is planning to leave Walford, will it be enough to make him get help? 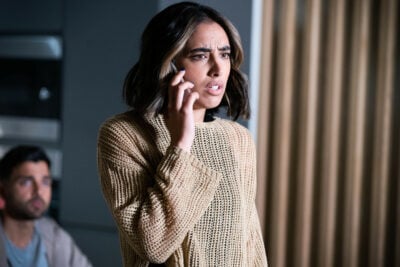 Ash is devastated to learn her job in Canada has fallen through.

Meanwhile, Suki meets with Nina to discuss a job for Ash. 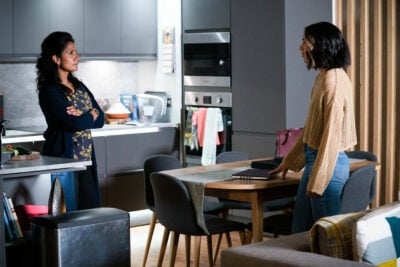 Suki tries to bribe Ash to apply for the GP job with a new car.

But Ash soon finds out about Suki’s lies and storms out. 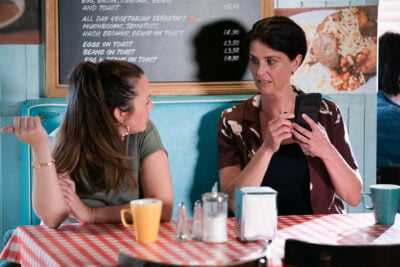 Eve and Suki are growing closer and Stacey interrogates Eve over what she knows.

Stacey wants to tell Kheerat about his dad’s prison release. 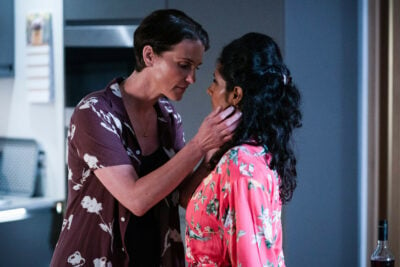 Eve has lunch with Suki and feels a spark between them.

She rushes to tell Stacey not to talk to Kheerat. 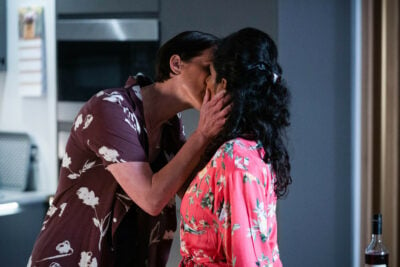 She kisses Suki, but will she respond? 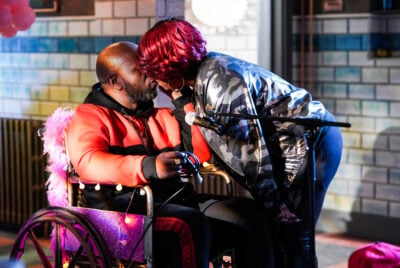 Kim and Howie grow closer after she saves the day at Lily’s party.

They end up kissing. 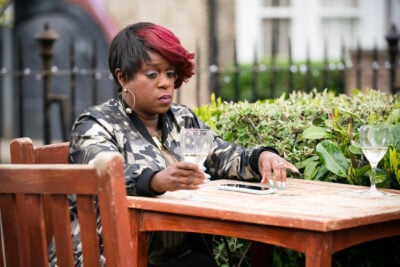 She confides in Denise she doesn’t know if she can love Howie after Vincent. 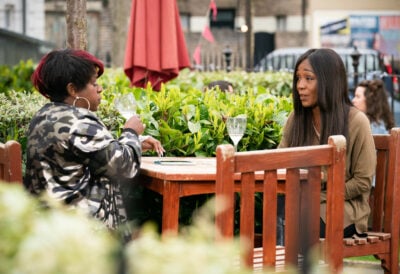 Denise offers Kim some advice, but what will Kim decide?

Everyone Is Afraid to Smile in Paramount’s Chilling New Horror Film
Obi-Wan Kenobi Stars Ewan McGregor and Hayden Christensen Want Season 2
Taylor Swift Releases New Song “Carolina” From Where the Crawdads Sing
‘The Kingdom Exodus’: First Footage For Final Installment Of Lars Von Trier’s Series Trilogy
Taika Waititi Reveals The Hilarious Way The What We Do In The Shadows Movie Is Tied To The Hobbit Trilogy