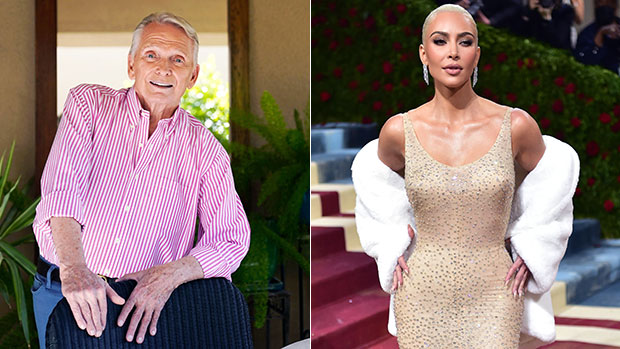 Arguably the biggest moment of the 2022 Met Gala was Kim Kardashian walking the red carpet in the same Jean Louis gown Marilyn Monroe wore when she sang “Happy Birthday” to President John F. Kennedy in 1962. According to Bob Mackie, the legendary designer behind some of the most memorable looks in fashion history, whoever greenlighted that decision should be impeached. “I thought it was a big mistake,” Mackie, 82, told Entertainment Weekly. “[Marilyn] was a goddess. A crazy goddess, but a goddess. She was just fabulous. Nobody photographs like that. And it was done for her. It was designed for her. Nobody else should be seen in that dress.”

For Mackie, his objections are more than just a personal preference. Early on in his career, Mackie worked as an assistant to Jean Louis. At age 23, Bob drew the original sketch for the gown, unaware of the dress’s purpose beyond that it would be an original piece for Ms. Monroe. No one, not even Mackie, knew the dress would become part of Marilyn’s most iconic (and infamous) moments in her legacy.

Mackie also echoed many historians’ concerns that this might set a precedent for celebrities wearing historical garments for quick viral moments. “There are all the issues with the actual preservation of the dress, and things like oxygen can affect a dress,” Alicia Malone, who spoke to EW with Mackie as part of TCM’s upcoming fashion on film series, Follow the Thread. “Usually, these outfits are kept very much in controlled environments, and we see that with the Met. The Costume Institute is so careful about how they are handling these historic items. So, it was quite alarming that she was able to wear it. I personally wish she wore a replica instead of the real thing.”

Kim did wear a repro for most of the Met Gala. The Kardashians star only wore the original dress for the red carpet, according to Vogue. Kim left her hotel in a dressing gown, arrived at a small fitting room by the Met Gala that was set up for the event, and changed into the $4.8 million dress with help from a conservationist from Ripley’s Believe It Or Not (the museum loaning Kim the gown.) Kim walked in the dress alongside Pete Davidson, took photos in the dress, and once she successfully climbed the stairs, she changed into a replica of the dress – one also owned by Ripley’s.

“I’m extremely respectful to the dress and what it means to American history,” Kim told Vogue. “I would never want to sit in it or eat in it or have any risk of any damage to it, and I won’t be wearing the kind of body makeup I usually do.”

Kim Kardashian & Ray J’s Relationship Through The Years: From Dating To Sex Tape Scandal To Today

The Best Hair Mousse for Men In 2022
Pitchfork Music Festival Announces Advanced Screening of Sprung from Amazon Freevee
Did Will Byers come out as gay in the Stranger Things finale?
John Hinckley Remorseful Over Attempted Assassination of Ronald Reagan
Austin Butler and Ezra Miller Did Not Get in Tokyo Bar Fight, Despite Reports