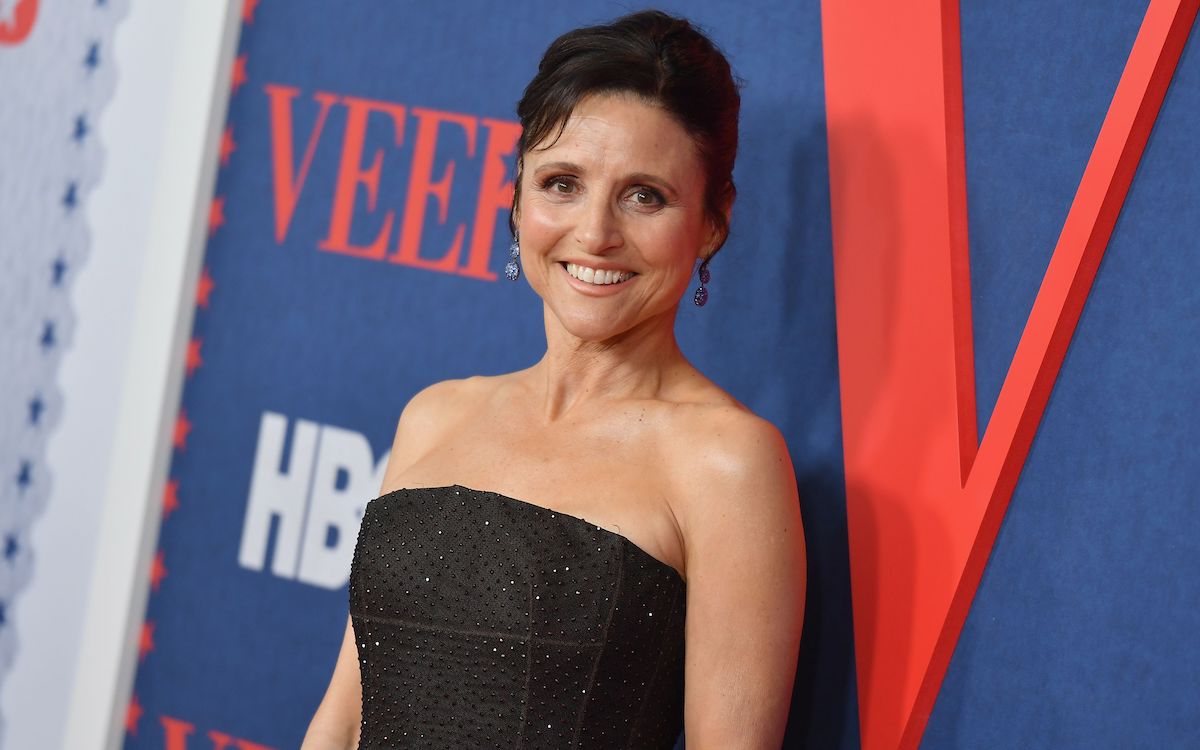 Hundreds of thousands of people turned out for the “Bans Off Our Bodies” day of action this weekend, with protests taking place in over 400 cities nationwide. The protests were a response to the Supreme Court’s leaked draft to overturn Roe v. Wade and strike down federal protection of abortion rights in America. Since the majority of Americans support legal abortion, the streets were packed with protesters.

One of our favorite women on the planet, Julia Louis-Dreyfus, attended the New York City march, wielding one of the best protest signs we’ve seen all weekend. Dreyfus’s sign read, “If men got pregnant, you could get an abortion at an ATM. – Me”, citing a famous quote of hers from the HBO series Veep. There was no shortage of brilliantly funny rants and insults on the beloved series but Dreyfus’s abortion rant as Vice President Selina Meyer is one of the best.

The quote comes from season 3, episode 2, “The Choice’, where Selina must scramble for a response on abortion after POTUS announces he’s pro-life. While she’s vehemently pro-choice, the always crafty Selina tries to find a vague, middle ground statement that won’t offend either side. It’s classic Veep: profane, hilarious, and cynical about our political system.