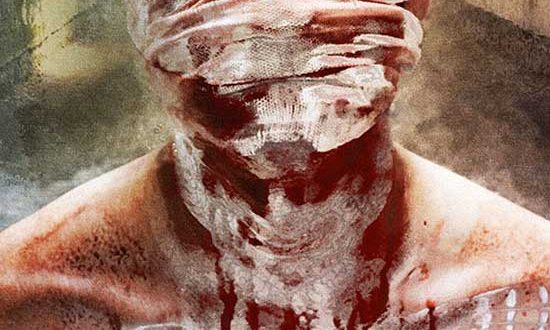 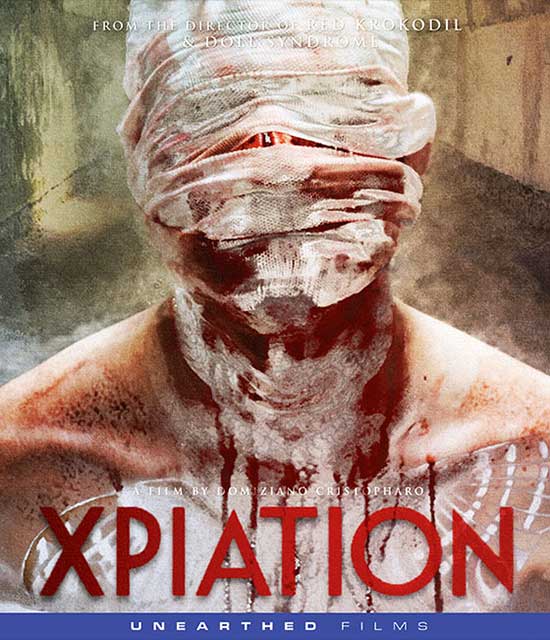 A man tortures a naked, bound victim while a bored-looking woman watches and occasionally records the proceedings.

From a daytime city street, the camera moves along until it comes to a graffiti-laden abandoned building. Inside, a hallway with a dirt-caked floor is occupied by a naked, tattooed man taped to a wooden chair, a bald guy asleep at the feet of the bound fellow, and, some distance away, a well-dressed woman sitting in a comfortable chair as she holds a digital video camera.

The bald guy rises and proceeds to slap and punch the restrained and gagged man. The woman alternately records and watches the beating. Next, the twitchy abuser attempts to rub off the tattoos. When it does not work, he resorts to using steel wool to destroy the ink. 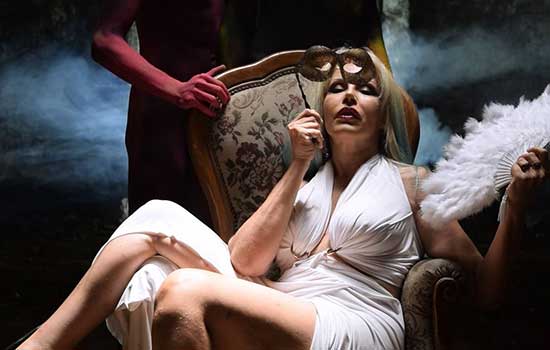 The ritual continues, with a knife, an electric iron, some caustic liquid, and a hammer introduced to the increasingly savage torture. As the woman watches and records, she relives a life of abuse reflected in the horrors committed upon the trapped victim.

A film by Domiziano Cristopharo, “Xpiation” (2017/2018) is an Unearthed Films release, which should clue you in about the tone and/or subject matter. Unearthed’s well-deserved reputation for releasing films of gut-churning horror that all but begs condemnation by the sensitive and would certainly offend those who prefer more mainstream shocks. 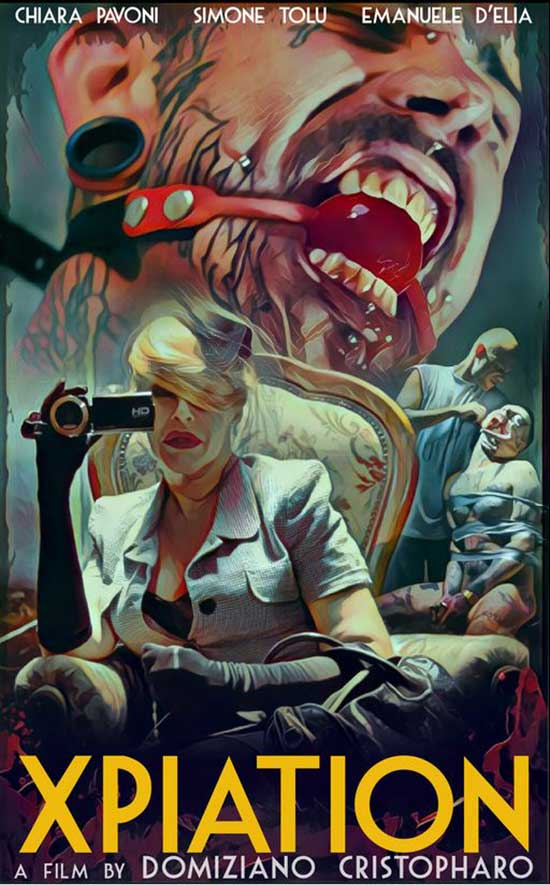 Do not think that the previous comments are meant to insult the film. Movies of this nature want and expect a deep, visceral response from the audience. In this capacity, “Xpiation” succeeds even if those seeking medical-school level gore may feel short changed.

The audience gets their brutality, but Cristopharo either enhances or justifies the atrocities on display with a narrative that can be interpreted in many ways.

As mentioned, there is a running theme of the woman living a life littered with abuse, from beatings from Mom, sexual assault by her stepdad, infidelity and beatings from a spouse, and so on. The torture of the man in the abandoned building becomes a ritual of retribution and cleansing. The camera she wields allows her to step outside the events or to face the violence directly. The bald, child-like man performing the torture is treated like an unruly infant, perhaps the embodiment of her lack of offspring.

Another option would be to strip it down to a commentary on class in society. The woman dresses in high fashion and displays an air of wealth. The bald guy is a homeless street junkie with mental illness while the person he maims is a common street thug, a parasite on society. Over the course of the film, it becomes clear that each of these people are living an endless cycle of using/exploiting each other for survival. 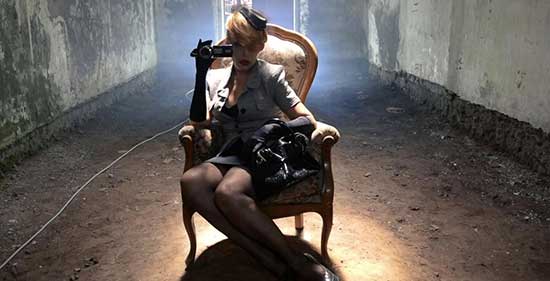 “Xpiation” also throws in some racial commentary, which could give the film an undertone of racial cleansing and the two sides of nationalistic xenophobia. Or one can just view it as a street walker and a junkie torture a scummy street rat for a while.

The acting by the principle actors is strange, giving the film a surreal, almost stage performance quality to the proceedings. Even the lighting and visual presentation feels like a play or a Lady Gaga video (given the woman’s outfits), further distancing the viewer from the violence to come. A feast for the eyes with vivid, almost exaggerated colors and stark contrasts of light and dark. 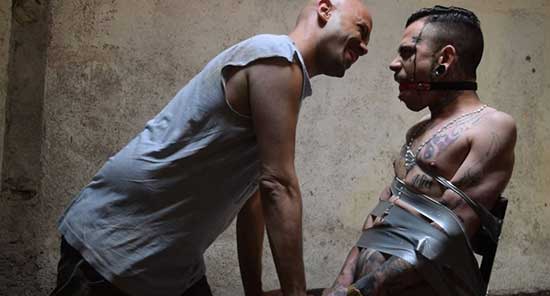