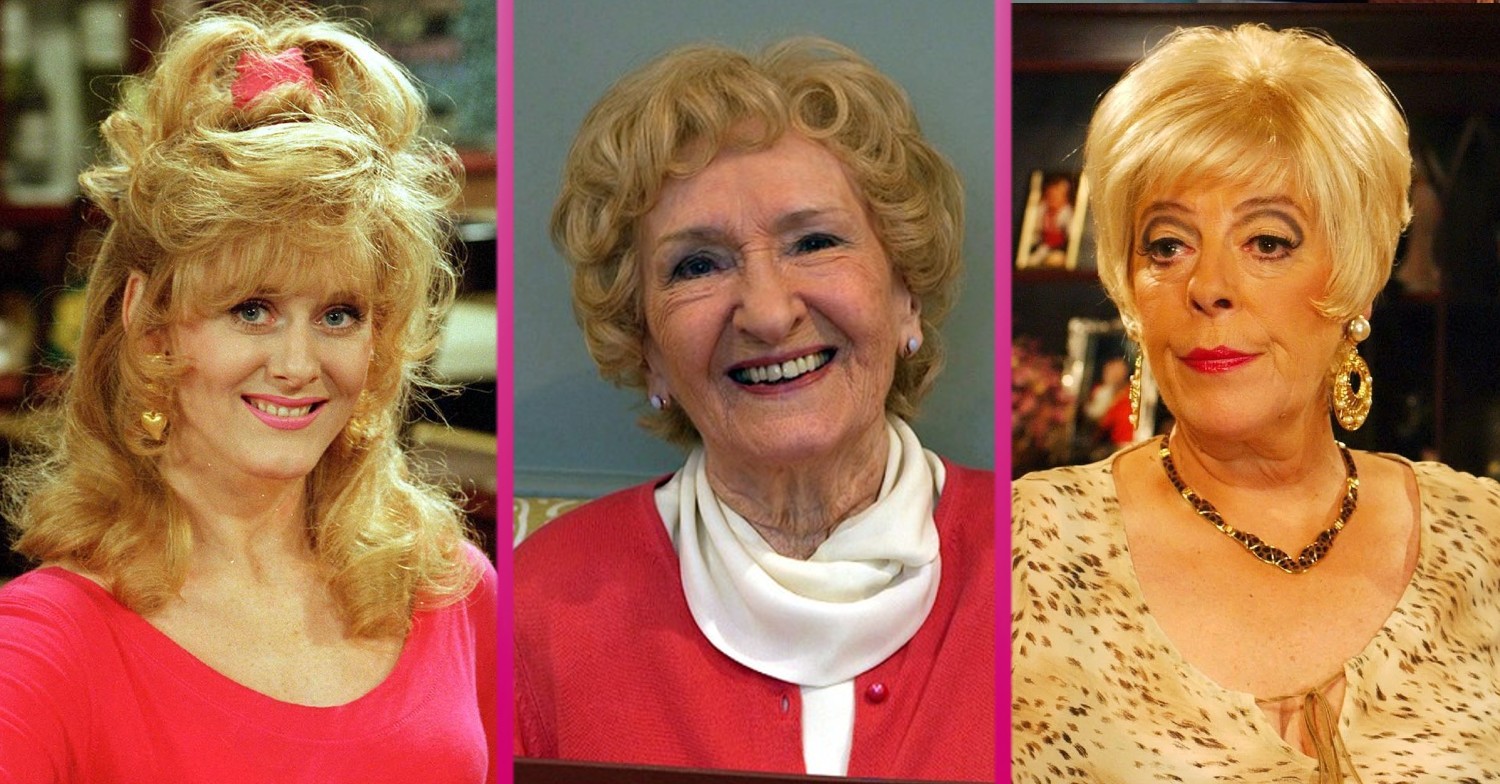 Coronation Street is on a roll at the moment bringing back icons from the past.

In the space of a week they’ve revealed that Spider Nugent, Stephen Reid and Wendy FLAMIN’ Crozier are all on their way back to the cobbles.

But it’s not nearly enough and there are five others we want back.

Les Battersby did many, many things wrong – but the one good thing was keeping Cilla Battersby-Brown around for as long as she stayed.

Yes she was a dreadful human being – but my goodness she was watchable.

She made Janice Battersby look like a reasonable woman – and it’s about time she popped back to see how her kids and grandkids are getting on.

Now admittedly Bet’s early noughties return to the cobbles didn’t get off to a flying start.

In fact she flew away just weeks after making her comeback never to be seen again.

The cobbles have been missing leopard print ever since, and with her pals (PALS?!) still on the Street, it would be wrong not to have Bet have one final stint behind the Rovers bar.

Alongside Ken Barlow and Rita Tanner, Emily Bishop is a Coronation Street stalwart.

She left the cobbles a few years ago to go and volunteer in Peru – as all Octogenarians do.

And since then she has moved to Edinburgh but not been back to the cobbles.

The street is missing Mrs Bishop and it would be lovely of her to make a brief comeback to say goodbye.

Sharon’s brief return last year was a triumph especially when she pulled out her taser and shocked Jenny Connor.

Just like Jenny’s return, and Debbie Wester’s – Sharon’s return could be a long-running redemption arc.

And if she shoots someone else, then so be it.

It’s never going to happen but we can dream.

While Sarah Lancashire is busy conquering the US with her HBO drama Julia, and appearing in the final series of Happy Valley – she’ll always be Raquel to us.

We’d be happy even if she just walked down the cobbles in the background at this point.

Yo Gotti Goes on $1.2. Million Birthday Spending Spree, 2 New Rolls Royces
‘Delilah’s Maahra Hill To Star In NBC Pilot ‘The Irrational’ As OWN Series Has Ended
These Pics From the 2002 Billboard Music Awards Will Make You Nostalgic AF
‘Glee’ Returns To Streaming With New Homes At Disney+ & Hulu
Kim Kardashian Cheers Son Saint, 6, On At Soccer Game: Photos