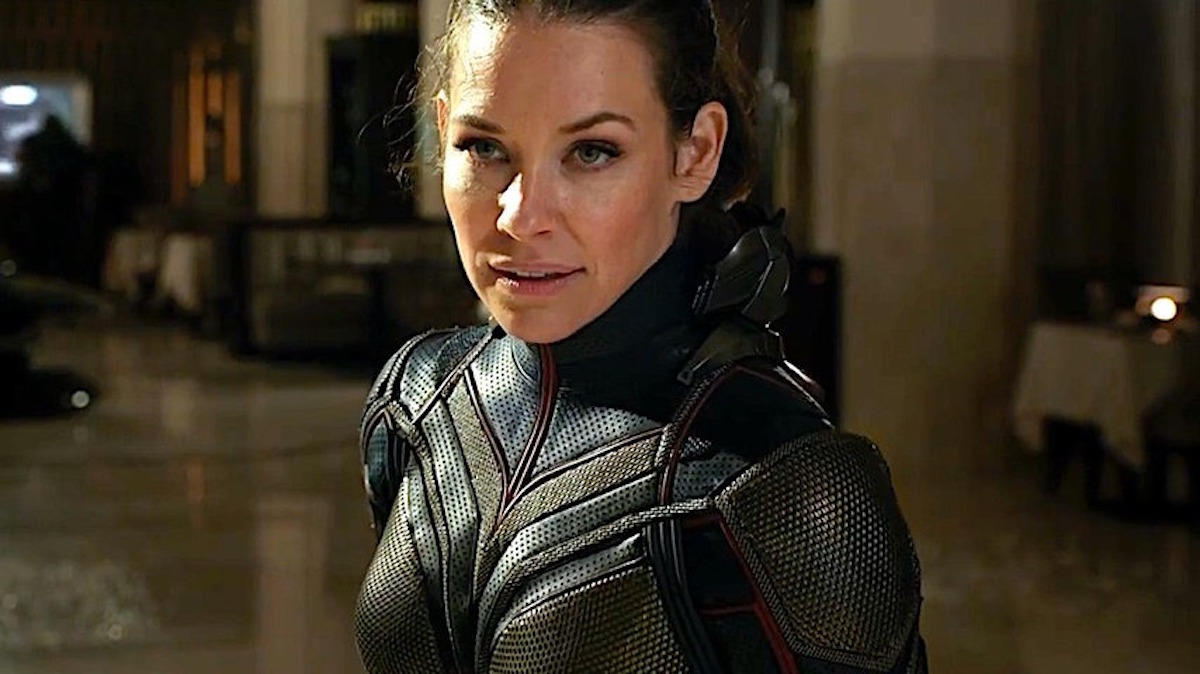 Evangeline Lilly is no stranger to bad takes when it comes to the pandemic. Back in March of 2020, she didn’t want to self-isolate because of her “freedom”. Now, Lilly has taken to Instagram to post about her “supporting” the right to chose what to do when it comes to the vaccine. She’s making a “pro-choice” argument for something that will quite literally save lives, and it has resulted in fans of the Marvel Cinematic Universe rightfully calling for her replacement as Hope van Dyne/the Wasp.

Lilly posted a picture supporting “bodily sovereignty” and shared that she went to D.C. to protest vaccine mandates. “I was in D.C. this weekend to support bodily sovereignty while Canadian truckers were rallying for their cross-country, peaceful convoy in support of the same thing,” Lilly wrote, following it up with “I believe nobody should ever be forced to inject their body with anything, against their will.” She went on to list things that those who refuse to get the vaccine could “lose,” including “alienation from loved ones” as well as “starvation” and “excommunication from society.”

All of this is incredible harmful rhetoric to share online given the politicization of the vaccine. It isn’t strange for vaccine requirements. Immunization records for children heading to school have been around for decades. But the COVID-19 vaccine has become a political talking point and has now made this pandemic stretch longer than necessary given our access to vaccines in the United States. Having stars like Lilly share ideas of “pro-choice” about the vaccine is, frankly, a Republican talking point and a dangerous one.

“This is not the way,” Lilly concluded. “This is not safe. This is not healthy. This is not love. I understand the world is in fear, but I don’t believe that answering fear with force will fix our problems.” You know what isn’t safe? Sharing ideas about the vaccine that it is “harmful” enough to not get it or share to your platform of 2.2 million followers that the don’t need to get it. That’s what is not safe.

The sentiment comes from a huge protest from Canadian truckers as pushback against a vaccine mandate.

Using the “pro-choice” argument is feeding into the right-wing ideas of politicizing a pandemic. When you’re pro-choice about abortion rights, that’s you agreeing with a person’s right to chose whether or not to have an abortion that the right-wing politicians in power are trying to take away. Using that same argument towards a public health crisis with a vaccine that can save the lives of millions is feeding into the Republican agenda.

This isn’t the first time we’ve had a major star of the MCU talk about vaccines and spread harmful information on their platform. It also happened back in December of 2020 with Black Panther star Letitia Wright. While these are dangerous ideas to spread online in general, the two have massive platforms that they’re sharing these things with. It’s not a simple “I don’t want to get the vaccine” stance at that point but a huge motivator for people to remain unvaccinated and put themselves and others in danger of COVID-19, not to mention prolonging the pandemic and opening us up to all the dangers that entails.

All of this has led to fans calling out for a recasting of Hope van Dyne/The Wasp in the Marvel Cinematic Universe.

the should recast robin tunney as the wasp https://t.co/tgHCnaHupa

Oh Evangeline…I can’t say I’m surprised though, she IS from Alberta. Okay Marvel, time to recast the wasp. I’m sure we can all cope without her. https://t.co/mLNE6OFoxX

There are plenty of options. As stated in the above tweets, they recast Cassie Lang for no reason. and we had a recast of Rhodey back in Iron Man 2 without any hiccup, so recasting actors who are putting themselves, their fellow cast members, and public health at risk is not that big of an ask. This isn’t about politics, and it isn’t about your “beliefs” about vaccines, frankly. It’s about ending a pandemic that has killed over 5 million people. There’s a vaccine available to stop it, and pushing this “pro-choice” narrative is just showing that you do not understand science and are using Republican talking points to push your bullshit narrative about medicine.

There are plenty of actresses who can play Hope van Dyne. We could add Anne Hathaway to the MCU or Kate Beckinsale. Point is, Lilly is replaceable if her social media presence continues to put lives at risk.