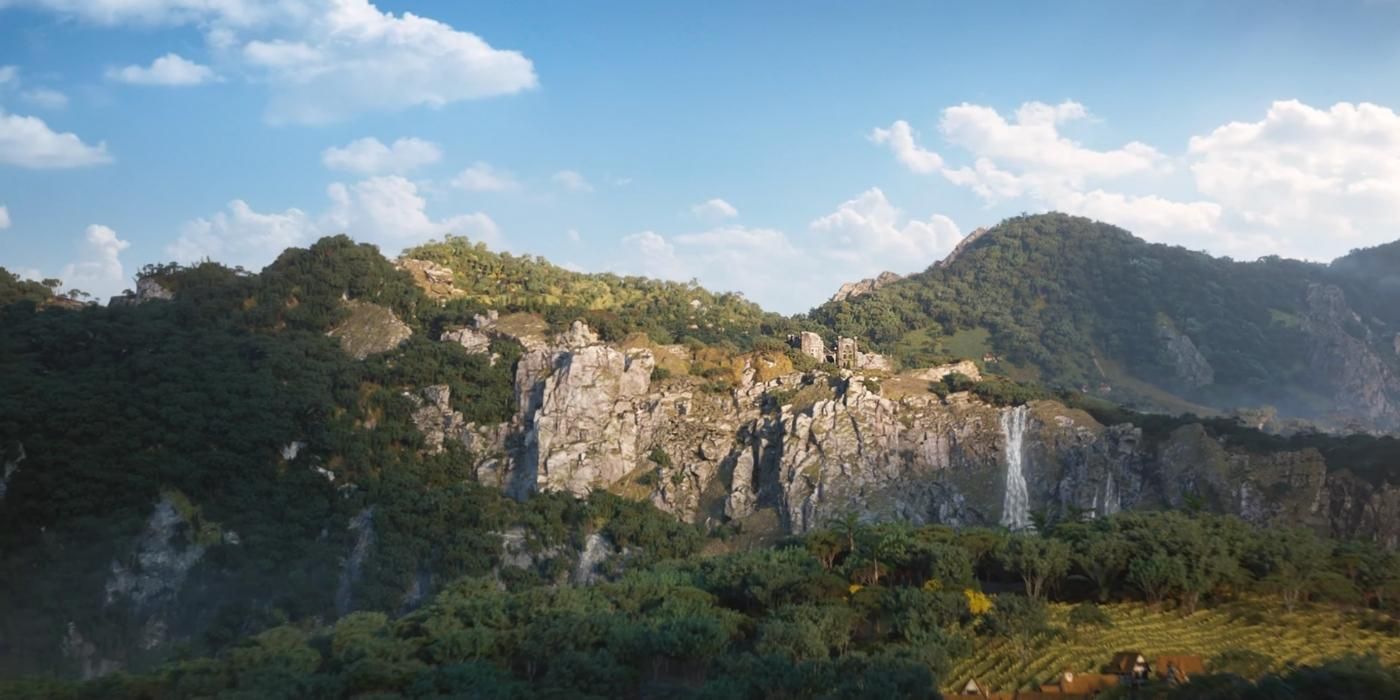 Bethesda Softworks and ZeniMax Online Studios revealed The Elder Scrolls Online‘s new High Isle setting from the Legacy of the Bretons year-long adventure, which brings players to a never-before-seen region of Tamriel. The Elder Scrolls series has expansive lore, and the mainline games have taken players to Morrowind, Cyrodiil, and Skyrim, among others. While the single-player experiences have teased at many other regions of Tamriel, The Elder Scrolls Online opened the door to those previously unexplored settings, such as The Far Shores, Shadow Wood, and The Five Finger Dance.

Though The Elder Scrolls: Arena’s large map included High Rock, Valenwood, Elsweyr, Black Marsh, and the Summerset Isle, The Elder Scrolls Online offers an HD render of Tamriel’s many regions that the two-decade-old game could not. The MMO also brings players to locations never explored in an Elder Scrolls game, such as planes of Oblivion like Coldharbour and The Refuge of Dread. Many of these locations were not available in the base game, however, ESO has added consistent content updates and chapters that incorporate new locations, features, and other mechanics. The Elsweyr DLC introduced the Necromancer player class and a return of dragons while Elder Scrolls Online’s Blackwood introduced a companion system. Each of these DLCs have expanded the playable terrain, offering new corners of Tamriel to explore.

During The Elder Scrolls Online‘s 2022 Global Reveal stream, Bethesda Softworks unveiled the new High Isle setting in the MMO’s latest year-long adventure. The Legacy of the Bretons begins with the upcoming Ascending Tide dungeon DLC and continues with the launch of the High Isle chapter which is available for pre-purchase on the Xbox Store starting January 27. The High Isle releases on June 6 for PC and June 21 for Xbox and PlayStation consoles. The High Isle, home to the Bretons, is “an island paradise steeped in medieval culture and architecture” where “ruthlessness is a virtue” according to the developers, and is one of the many regions only ESO players can explore. The High Isle is part of the Systres Archipelago, a previously unexplored region of Tamriel. The High Isle chapter brings two new companions, Ember and Isobel, as well as Tales of Tribute, a brand-new card game invented in High Isle.

Like in previous years, The Elder Scrolls Online will receive four major content updates in 2022, each with a main focus on the Breton race and political intrigue present on the High Isle. The Legacy of the Bretons will be more story-centered than many of ESO’s DLC packs, as peace talks for the Three Banners War begin. As previously pointed out by ESO’s art director CJ Gregg, the Systres Archipelago and the High Isle takes inspiration from the Mediterranean and Medieval England, much like Skyrim was inspired by the Viking Age. High Isle will also expand ESO’s companion system, adding a Khajiit and a Breton knight as potential followers.

The High Isle chapter’s new Tales of Tribute card game is also an interesting addition. Much like The Witcher 3’s Gwent game, players will be able to compete against specific NPCs around the world, with some battles even advancing a storyline. Though not a lot is known about High Isle, The Elder Scrolls Online will open the door to the Bretons’ homeland very soon.

Alden is a freelance gaming news writer for Screen Rant. He has a love for video games and tabletop board games, and is an avid fan of all things sci-fi/fantasy.