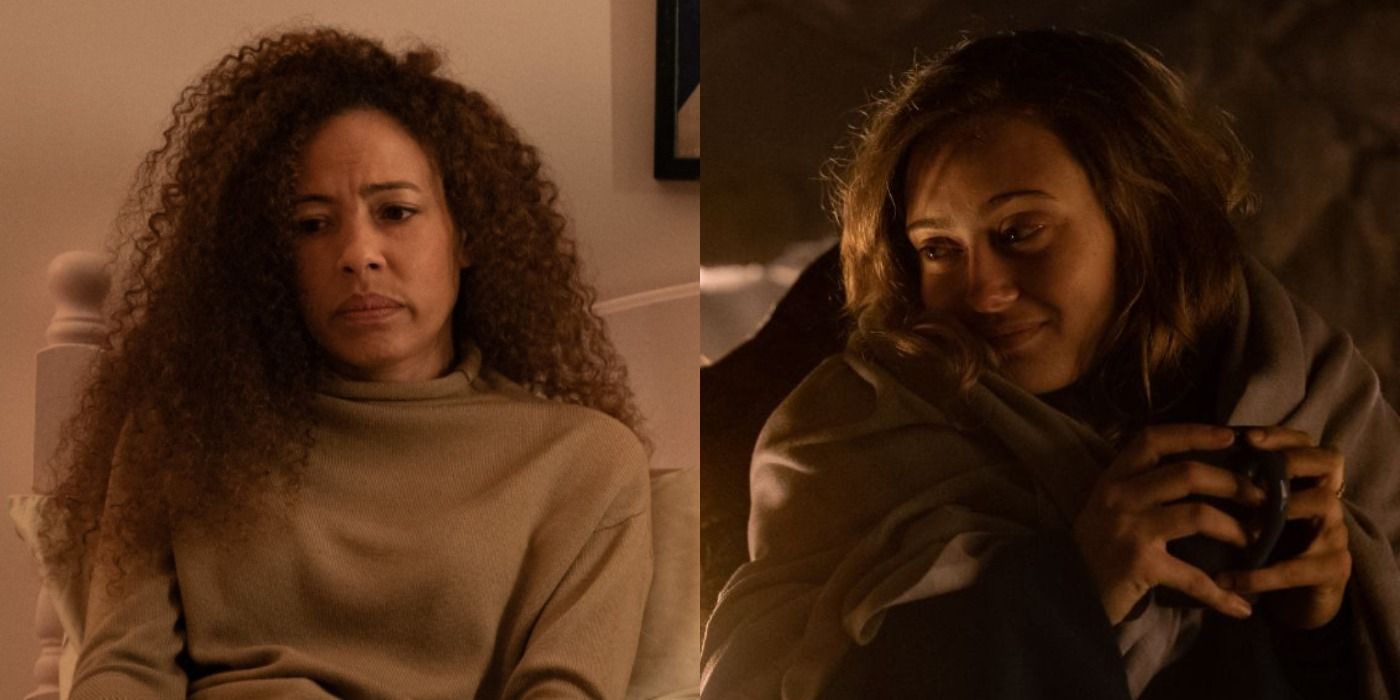 Content Warning: The following article contains spoilers for the Showtime series Yellowjackets, as well as discussions of cannibalism, drugs, and animal abuse.

Fans are unsurprisingly combing through the first season of Showtime’s Yellowjackets after its gripping finale. Some Redditors have found crucial clues that point to things that have happened (or could potentially take place) in the drama series. There have been some visual signs and foreshadowing in conversations that viewers may have missed the first time around.

From Misty’s warning about Jessica’s lethal cigarettes to Taissa’s ominous line hinting at Jackie’s death, even the most observant audiences might not spot some brilliant clues hidden throughout the show. As fans wait for more news about the second season, which will hopefully be released sometime this year, it’s the perfect time to look back at some intriguing signs from the first season.

One of the burning questions fans have about Yellowjackets revolves around the identity of the “Antler Queen.” Also known as the “AQ,” the Antler Queen is the masked figure wearing deer antlers in the first episode. She seems to have assumed a leadership role and could be orchestrating cannibalistic acts among the survivors.

A possible AQ is Taissa, as ElizabethanAlice points out that a perfectly-timed shot in the last episode of the first season “felt kind of AQ” to them. It’s not the first time the show has teased antler imagery, which only makes it even more confusing for fans who continue to debate the AQ’s identity. Tai has shown that she is capable of leading and this clue may indicate that she was once AQ out in the wilderness.

A Foreshadowing Of Jackie’s Death With A Blanket

The user the_window_seat can’t help but say “holy foreshadowing batman” when they spot an earlier scene with Jackie “with the blanket and everything.” Fans may recall how Jackie wakes up later than the other girls do and complains about how she’s “so cold.”

RELATED: The 10 Best Characters In Yellowjackets

It’s a creepy moment in hindsight, considering how Jackie dies in the freezing cold. She’s even wrapped in a blanket outside the cabin and also has that same one in her dying vision. It’s not the only line that hints at her death in that way, as luckiestblackcat points out how it “also reminds” them “of when they first found the lake when” Jackie “got in and said ‘it’s freezing.’”

Taissa’s Disconnection From Her Experiences

Tai may be one of the smartest characters on the show, but it’s looking like she’s relying on some other factors to achieve her goals. A Redditor states that fans “can assume Tai’s altar had some impact on her winning the election against all odds,” which reminds them of a scene where she tells Shauna about how “she feels disconnected from the experiences” of achieving crucial milestones in her life.

Going to a good university, landing a job at a highly regarded firm, and starting a family could all be the result of her creating more spooky altars. The conversation with Shauna isn’t definitive proof of it, but it’s certainly a clue worth considering.

Misty’s Warning That Cigarettes Can Kill

A thread about the now-infamous “Caligula Inn” prompts seanprefect to respond with a clever clue about Jessica’s death. Fans may remember how a suspiciously long shot of the investigator’s cigarettes being pulled from the trashcan comes with a remark from Misty “that those things will kill her.”

It’s a sly way of warning Jessica, as Misty couldn’t resist telling her right to her face that she’s about to smoke fentanyl-laced cigarettes. Misty probably wishes she could have seen the look on Jessica’s face as she realized what was happening to her.

The Two Shadows In Van’s Vision

An odd comment from Van about how she “saw something” encourages Anxi0usCoy0te to go back and watch the scene after she’s attacked by wolves. They write that they “never noticed the two moving shadows” seemingly standing in between and around the other girls as they cry over Van.

YetiBeachRainbow helpfully points out how “this is similar to what Sammy draws and hangs” on his window. The disturbing and possibly supernatural figures hint at something that hasn’t been clearly explained on the show yet. They’re definitely important clues about the often debated paranormal aspect of the series and could make another appearance in future episodes.

Uptown_Grrrl highlights a disturbing parallel between a line “Nat’s dad in her dream in ep. 4” says and the first words from the mysterious man in Jackie’s dying vision. Often referred to in the fandom as “dead cabin guy,” he welcomes Jackie by saying “we’ve been waiting for you.” This is an eerily similar line to Nat’s father’s quote about how “it’s been waiting for us.”

Like so many other comparable quotes in the series, the similarity between the lines likely isn’t a coincidence. It’s yet another clue about the supernatural aspects of the forest the characters are stranded in, and fans will just have to wait to figure out who is waiting and why.

The user relk42 posts “yet another fine example of Yellowjackets foreshadowing” and uses screenshots of Simone’s line about “Dracula’s crypt” and what she finds in the basement of Tai’s house.

Her relationship with Taissa was in a much better state when she was joking about Sammy’s room looking like a crypt, and she likely never expected to find a crypt-like room in the house later on. It’s a subtle hint that underscores how much attention the writers have devoted to the smallest details in the series.

Laura Lee’s tragic death may have come out of the blue for most of the characters, but Lottie might have unknowingly figured it out long before it happened. Potential_Distance18 says how for fans “operating on the belief that Lottie maybe somewhat psychic,” her vision of “the fire and bright light” up “in the sky” above Laura Lee predicts the plane’s explosion.

RELATED: Ranking The Main Characters Of Yellowjackets By Likability

It’s another one to add to her growing list of accurate prophecies, which are still hotly debated in the fandom today. After her spine-chilling prediction about the “river of blood” and “red smoke,” however, the survivors would be wise to listen carefully whenever she warns them.

Taissa’s Line About How Cold It’s Going To Get

Printemps_2021 says that Taissa’s foreshadowing of Jackie’s death is “as plain as the nose” on their face, as it hints at the most shocking scene in Yellowjackets. They highlight a line Tai says when she’s arguing with the group about letting her trek south to look for help. She warns how winter will be so cold that “dying feels like falling asleep,” which is exactly what happens to Jackie.

The small clue is part of a bigger collection of hints that all reference Jackie’s demise before it happens. Comments from Jackie herself about how it’s freezing or how cold it is in the wilderness were all pointing to her manner of death.

Fans can’t be blamed for not suspecting that Jackie was dying as Shauna was leading her back into the cabin at first. One of the first indications that it’s actually a vision is pointed out by a Redditor, who says “the writers are messed up” for coming up with that heartbreaking parallel.

Shauna’s line about Jackie being “the best friend” she’s “ever had” is a clear callback to when Jackie told her that before the accident – she even asks the exact same question (“You know that, right?). It’s a glaring clue that the whole scene is happening in Jackie’s head as her mind slowly slips while she dies out in the cold.

NEXT: The Worst Thing Each Character Ever Did In Yellowjackets

Saab is a freelance writer for Screen Rant. She’s based out of Metro Manila, Philippines, where she lives with her partner, two fat cats, and two hundred houseplants. She’s passionate about all things pop culture and design. When she’s not typing, she’s tending to her indoor garden or watching true crime stories on Netflix.