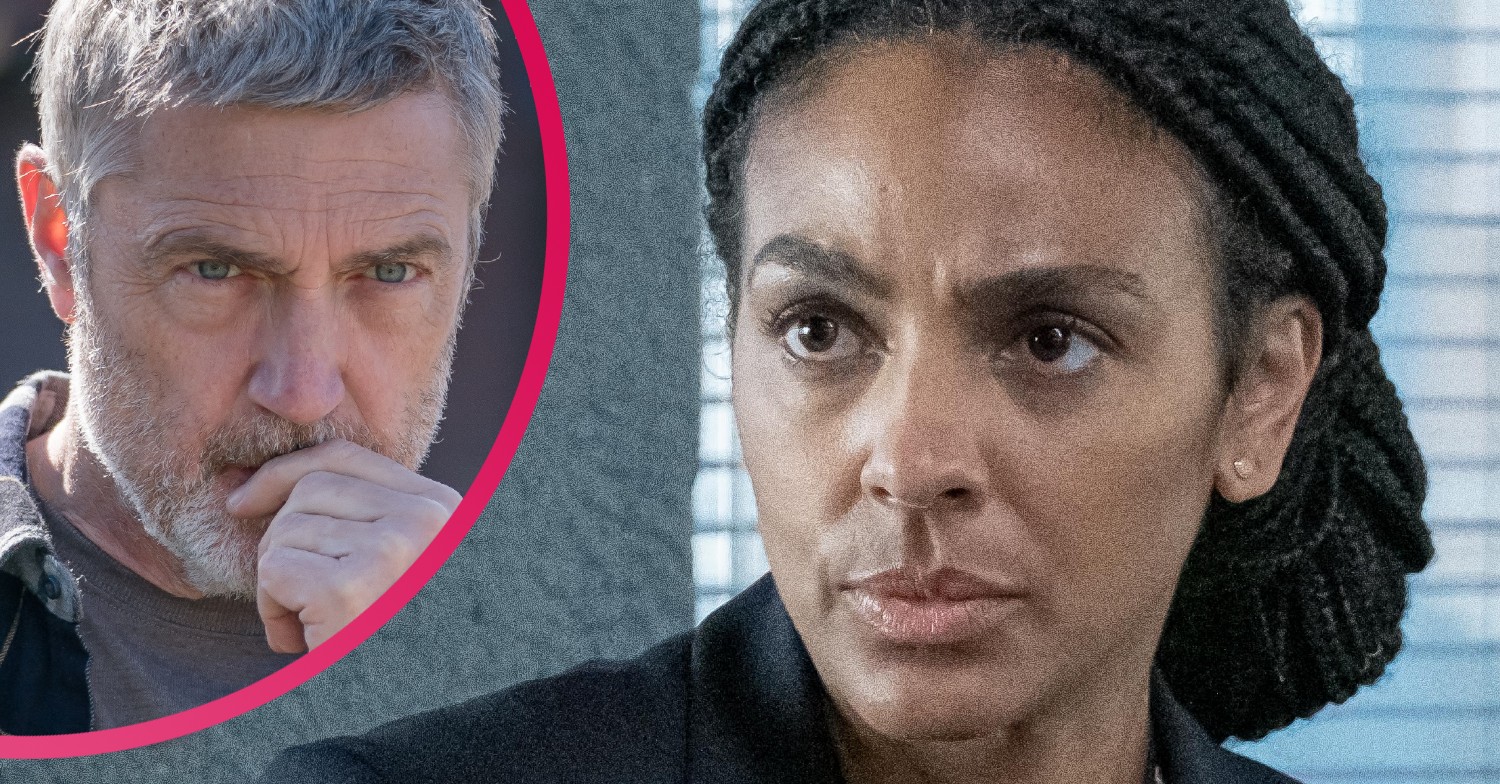 Although the list of his enemies seems to be growing…

Here are the top five burning questions we’ve been left with after watching episode three of the popular crime drama.

***Warning: spoilers from episode three of The Bay ahead***

Read more: The Bay on ITV1: Who is in the cast of series three opposite Marsha Thomason as DS Jenn Townsend?

Who killed Saif Rahman is the most pressing question we want answering.

Although we know it won’t be revealed until the final episode.

That doesn’t stop us from speculating, though!

The promising young boxer was found dead in the sea before the opening credits of episode one of ITV’s The Bay.

And we now know it wasn’t an accident.

Saif died as a result of a sustained beating…

He had head injuries, a blunt force trauma, before his body was dumped in the sea.

The Bay episode three – who are the top suspects?

Our suspects after episode three STILL include Vincent Regan’s Ray.

As we’ve said all along, he’s probably one of the most famous actors in the cast of The Bay series three.

But we’re halfway through the series, and we’ve had barely a glimpse of him.

We don’t think he’s just there to be Mariam’s eye candy.

We suspect Ray is a LOT more involved in Saif’s death than we’ve so far been led to believe.

Our theory was backed up in The Bay episode three, when giant teenager Jamal told Karen: “He’s bad news for mum.”

We now know Ray often lurks around Saif’s workplace – which is also near to where Saif’s body was thrown in the sea.

Our guess from episode one still stand too – that boxer Warren Pryce looks dodgy.

And now we know he was supplying, or at least aware of, Saif’s use of performance-enhancing Steriods.

Is Mariam an alcoholic?

Mariam has been self-medicating ever since her son Saif was found dead.

We’re not judging, she’s been through more than most mothers could bear.

But there have been clues that she may have drank heavily before.

Were there cracks in her life before Saif died?

And, if so, is partner Ray at the centre of it?

Read more: The Bay series three on ITV1: How many episodes is it, what’s it about and what happened to DS Lisa Armstrong?

The Bay episode three – what is Richie hiding?

In episode three of The Bay, we were introduced to Saif’s sparring partner and childhood friend Richie.

But he appeared to be hiding something.

The police interviewed Richie, but got little from him.

After the chat, fellow boxer Shirin Persaud – played by Deepica Stephen – asked him: “What did you tell them?”

To which Richie answered: “The truth.”

What are they hiding?

In fact, what are ALL of the boxing club hiding?

Who was in the car?

DI Tony Manning and his team now know that there was a distinctive BMW on the scene the night Saif was murdered.

But who was driving it, and are they involved in Saif’s death?

DS Jenn Townsend spotted two passengers in the car on the CCTV.

Do they hold the key to unlocking the crime, or is it another red herring?

The Bay episode three – is Adnan going to jail?

In a shocking twist at the end of episode three, Adnan stabbed thug Jordan Rooney.

Although the wound was inflicted in self-defence during a fight, we’re not sure this will convince a judge.

Will Adnan run from the crime?

And if he doesn’t run, surely he’s heading straight for jail…?

Which is exactly what his family doesn’t need at the moment!

The Bay continues on Wednesdays at 9pm on ITV1. The entire third series is on the ITV Hub.