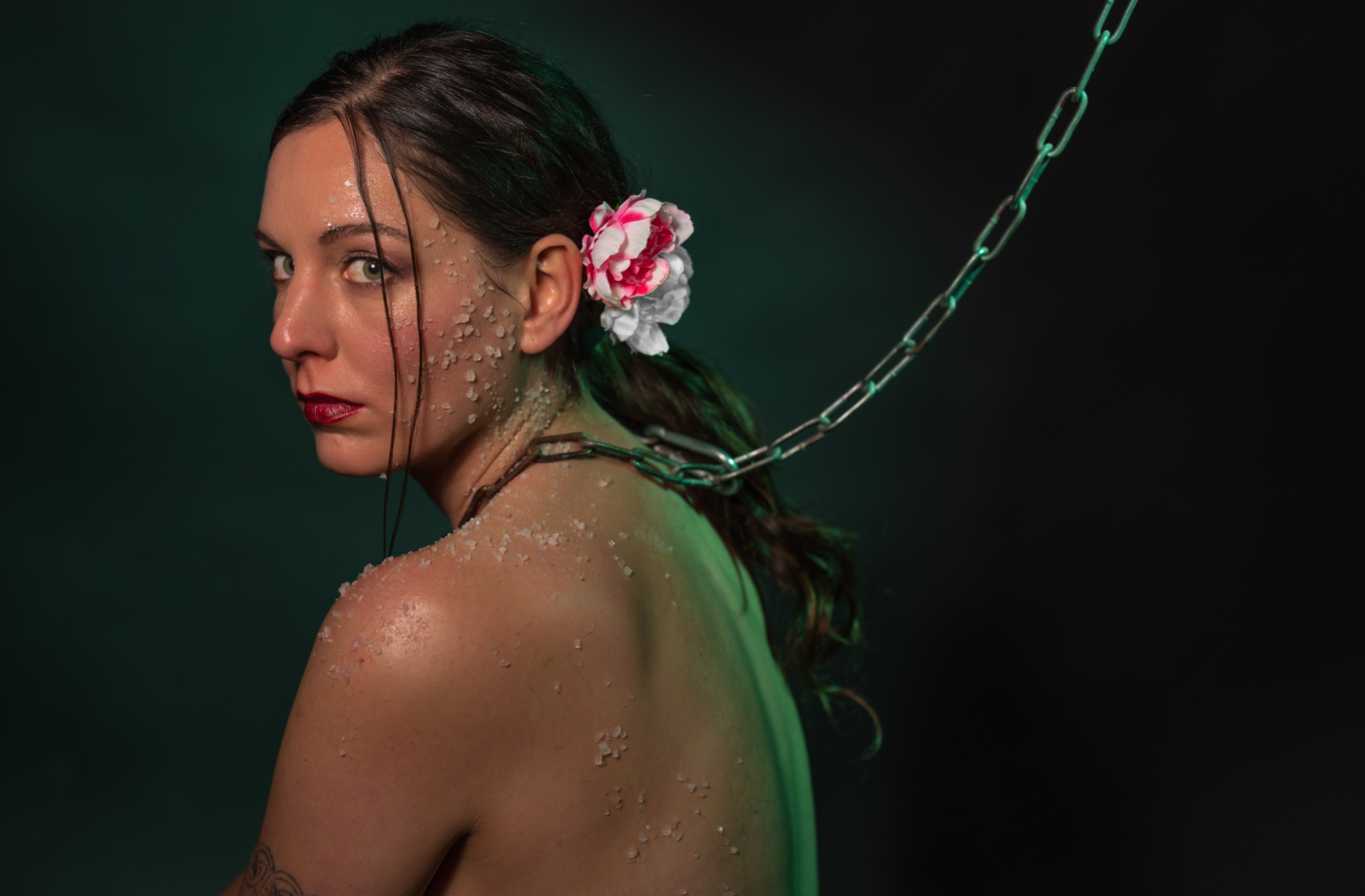 Panic is the latest release from Mary Broadcast and her band. The six song EP isn’t confined to music alone as Broadcast has released accompanying short movies for each of the tracks. It is gratifying to see, among many other qualities, that Broadcast and her collaborators spared no expense or effort realizing Broadcast’s creative vision. This review won’t dare attempt to encompass the “storyline” she follows with this conceptual release; it will suffice to say this is decidedly adult material.

It doesn’t mean it’s risqué or a difficult slog. One of the best things about this brief collection is how Mary Broadcast’s lyrics and the music written to surround them balances seriousness with compelling, emotive music. The songs utilize a two guitar attack authored by Broadcast and her six-string partner Jimi Dolezal and, like the best combinations, it’s difficult to tell where one player ends and the other begins. It strikes a thoroughly seamless note that shows how well these musicians work together.

The video serves notice of the release’s visual style. It favors darker colors, for the most part, and many attentive viewers may come away from it seeing as a reflection of Broadcast’s lyrics. There are other moments, however, when the light pours in. The title song kicks the figurative door in for her and bandmates Dolezal, drummer Andreas Senn, and bass player Thomas Hierzberger play with impressive lockstep chemistry.

There’s a great blending of direct lyrics with occasional flashes of imagery. Broadcast’s singing covers the gamut of possible phrasing. She never makes a misstep, however, or slips into excess. You can hear from song to song how she gives herself fully over to each moment. “Zone 4”, the EP’s second cut, will be a peak for many. It’s a near-claustrophobic track featuring musical elements that will recur later in the release. The rhythm section is especially potent on this song and leave a deep impact on other tracks as well.

“Bastille” and its predecessor makes for a quite an one-two wallop. The former is a full-throated pop gem with musical substance and an underrated rock edge. It’s one of the most outwardly positive tracks on the release but she shades her songwriting with glimpses of maturity you don’t often hear with such songs. There’s a tremendous surge of emotion welling up from within this song. The level of emotional insight she reaches here is an important thread, as well, of the penultimate cut “Bazar” and final song “Aver”.

It brings everything home for listeners, lyrically, and literally. It’s impossible to not admire the unblinking courage these songs possess. The critical factor in their success, however, is how Broadcast and her cohorts work together as a cohesive unit and give these words inspired musical vehicles to ride. It’s a thrilling and exhilarating listening experience. Yes, it makes demands of listeners, yes, it doesn’t back off, but you find yourself not wanting it to. Ultimately, as well, you find yourself wanting to hear it again. Mary Broadcast’s EP Panic is an important release we should search out.