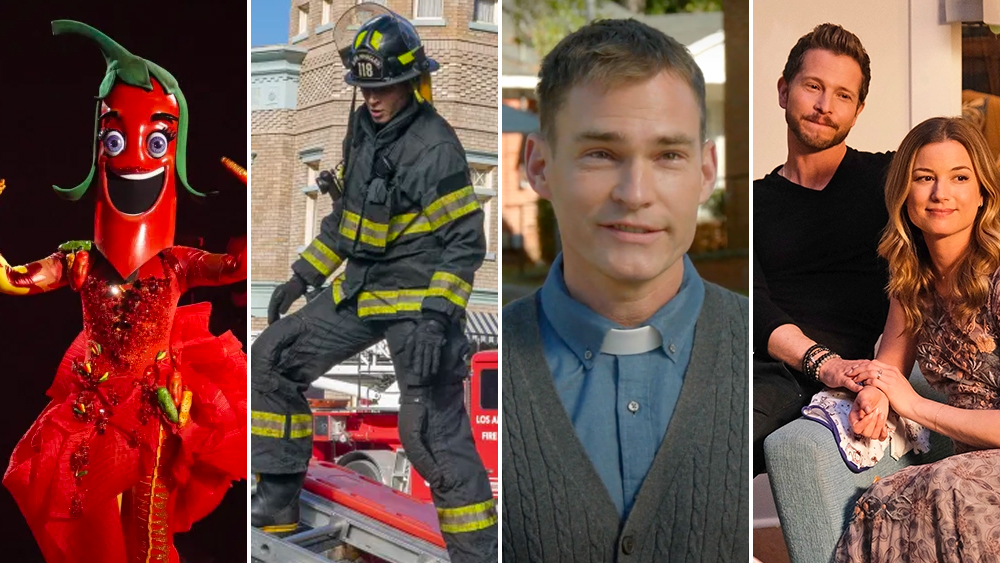 Fox has set spring premiere dates for the return of several shows including TV’s No. 1 unscripted hit and 9-1-1 and the debuts a domino-themed competition show.

Season 7 of its smash The Masked Singer will bow at 8 p.m. Wednesday, March 9, followed by the series premiere of competition show Domino Masters.

MasterChef Junior returns for an eighth season at 8 p.m. Thursday, March 17, with the previously announced series premiere of Welcome to Flatch set for 9:30. An episode of Call Me Kat will air in-between.

Season 2 of the rebooted game show Name That Tune, hosted by Jane Krakowski with Randy Jackson leading the band, bows at 9 p.m. Tuesday, March 29. Its lead-in will be an episode of The Resident at 8.

The network also noted season-finale dates for Next Level Chef (March 2), I Can See Your Voice (March 8), Joe Millionaire: For Richer or Poorer and Pivoting (both March 10) and The Cleaning Lady (March 14).

Fox will reveal more premiere dates in the coming weeks. Meanwhile, here are its spring dates revealed today (all times ET/PT except as noted):

Conversations With Friends cast: Who are they dating in real life?
A Complete Breakdown of the Crawley Family From “Downton Abbey”
9-1-1 & The Resident in Limbo as FOX Renews 9-1-1: Lone Star, Call Me Kat, & More!
Three picture books take you to the beach—without leaving your house
3 Injured During “Security Incident” at Las Vegas’ Lovers & Friends Festival