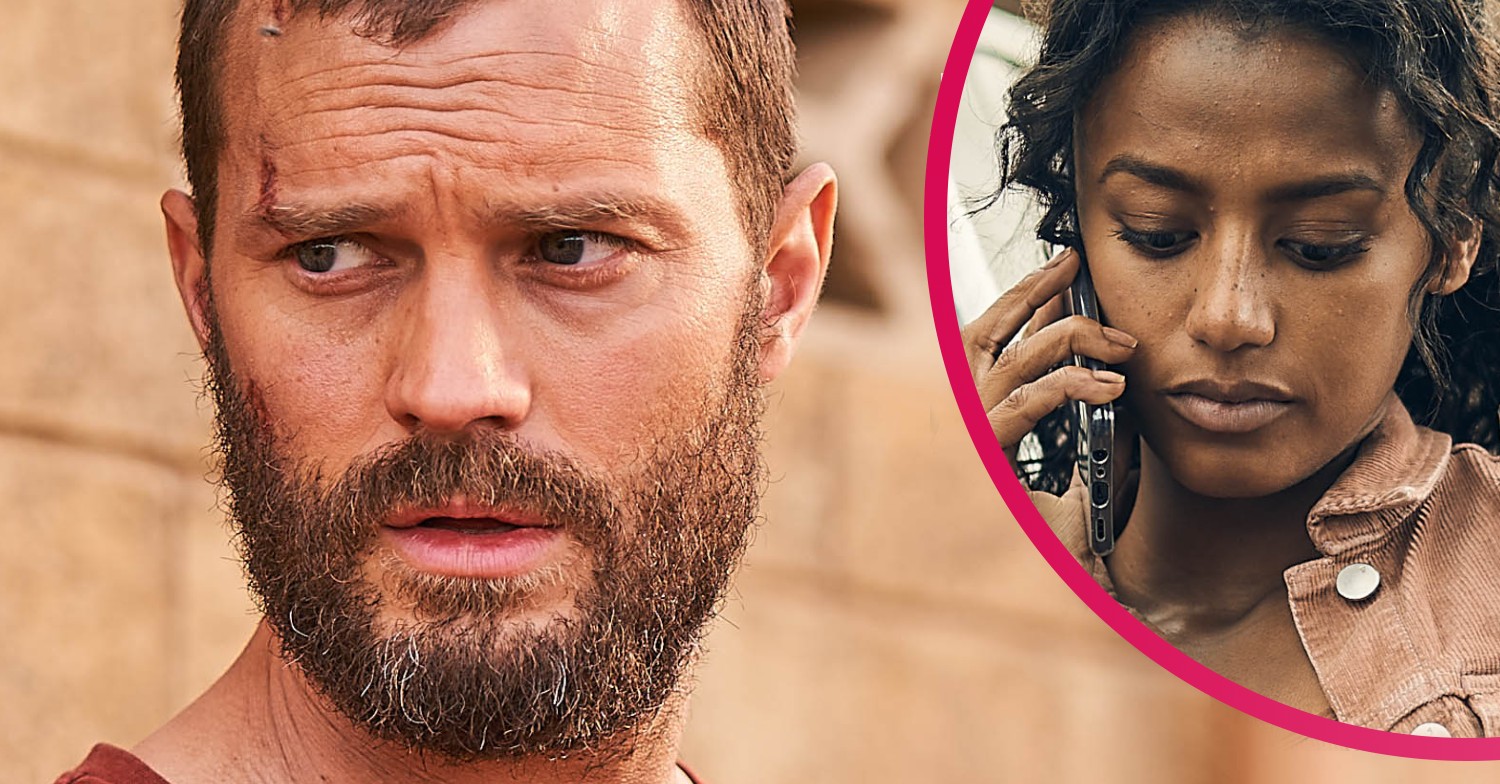 The Tourist was heavily trailed on BBC One and promised big things – but some reviews haven’t exactly been kind.

While some critics and fans love the show, others have called it a “rip off” and slammed it for being implausible.

But aren’t they missing the point?

The Tourist has delivered the drama in SO many ways.

Here’s why I think it’s the best series on TV for a long time.

Read more: The Tourist star Jamie Dornan details ‘the worst year of his life’ after his dad’s death

The Tourist reviews – so what if it’s implausible?

The Tourist follows The Man – later revealed as Elliot Stanley – who loses his memory after a car chase.

He doesn’t know who was trying to kill him, or why.

Elliot wakes up in hospital with no memory and just one clue – a scrap of paper in his jeans with a meeting place.

Some critics and viewers have accused the plot of being unbelievable.

Of course it’s OTT and far-fetched – this is a THRILLER we’re talking about.

Do you really think there are more bent coppers than straight in the police force like in Line of Duty?

Or that there are dancing serial killers prancing about murdering people, a la Stay Close?

I want to watch a series that’s nothing like my humdrum life.

Suspend disbelief and enjoy the ride…

The Times critic wrote: “Is amnesia really like this?

“You wake up from a terrible car accident and you’ve forgotten your name, and your life story, and who Simon and Garfunkel were, but other than that you’re basically fine?”

He added: “Nobody really tries to help. Nobody, for example, ever says, ‘Look, you’re plainly from Northern Ireland, so let’s start from there’.”

Well, yes, but if Elliot had been terribly injured or had his past revealed straight away, it wouldn’t have been much of a thriller would it?

And to the critics who complained about the gruesome deaths?

The continuity announcer did warn us all there’d be “upsetting scenes from the start”.

Read more: The Tourist viewers all baffled by the same thing after explosive episode 3

The Tourist reviews – is it a rip-off of Duel?

Some viewers accused the show of “ripping off” Steven Spielberg’s Duel, which was written by Richard Matheson.

The opening scene of The Tourist sees Jamie Dornan‘s character Elliot chased by a huge lorry.

The viewer – and Elliot – has no idea why he’s being targeted.

Which is the exact plot of Spielberg’s 1971 TV movie starring Dennis Weaver.

While some called the opening scene a tribute, others complained that it was too much of a “rip off”.

For those who haven’t seen Duel, the car chase makes up the entire plot of the film.

In The Tourist, it’s the first five dramatic minutes.

The whole point of Duel is that you never see the lorry driver, but here he becomes a significant character.

So I’d like to think of it as an homage to Duel, which was filmed in the States and not the red dust centre of Oz.

The Tourist is brilliant – end of!

It’s a cinematic show, with epic shots and clearly a price tag to match.

We haven’t seen anything this stylish and big budget since The Night Manager.

The scenery is stunning – perfect for January and our grim weather here in the UK.

The plot is twisty, turny, thrilling, and sexy as hell.

I was guessing until the end.

Who else thought the lady in Elliot’s dreams was his mum?

How wrong I was!

The series asked moral questions, too – like whether Elliot could be redeemed.

As well as a script laced with surprising black humour, it dealt with some of life’s biggest issues such as cancer, betrayal, love and coercive control.

A domestic abuse charity praised The Tourist for helping to raise awareness about the complex nature of abuse.

And although the plot isn’t likely to happen anytime soon in real life, the characters were all so believable.

They were fleshy, and real, likeable and loathsome in equal measure.

We’ll cry a river if they don’t film a second series.

The Tourist reviews – the cast is insanely good

Lastly the cast – what’s not to love?

Jamie Dornan was brilliant as the confused, sometimes angry and desperate anti-hero Elliot.

Shalom Brune-Franklin, who portrayed Luci, proved she’s one to watch in the future.

But it was Danielle Macdonald as Helen Chambers who really stole our hearts.

And Ólafur Darri Ólafsson as contract killer Billy Nixon must surely be one of the most terrifying villains in recent TV history.

The Tourist had the perfect storm of characters, thrills and cliffhangers.

If only all dramas could deliver as much.

The Tourist episode five airs on Sunday January 23 2022 at 9pm, with the last episode following the week after. All episodes are currently on BBC iPlayer.

What do you think of The Tourist so far? Leave us a comment on our Facebook page @EntertainmentDailyFix.