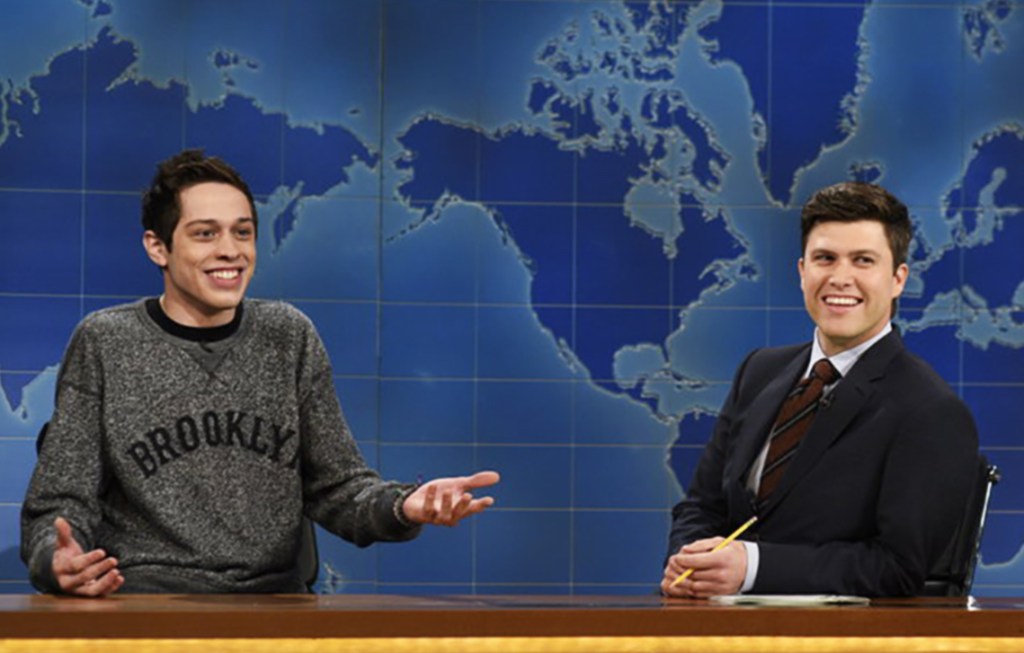 In what sounds like material for a Saturday Night Live sketch, Pete Davidson and Colin Jost have purchased a decommissioned Staten Island ferry boat for $280,100, NBC News has confirmed.

The 277-foot vessel was commissioned in 1965 and decommissioned last August due to mechanical issues. The JFK was auctioned by New York City’s Department of Citywide Administrative Services.

“I love this idea,” New York Mayor Eric Adams tweeted about the purchase today. “What a great way to give an NYC icon a second life. Let us know how we can help and we’ll be there for the maiden voyage.”

Italia, co-owner and co-founder of the Manhattan restaurant and comedy club The Stand, told the Associated Press today that the conversion project will cost “millions of dollars” and is in the very early stages. “You have a great idea and you’re working on executing it and the first step is the acquisition of the boat, and I think that that’s the story right now,” he told the AP. “We were successful in acquiring the boat and making sure it didn’t go into the scrapyard like the last two.”

Pete, @ColinJost: I love this idea. What a great way to give an NYC icon a second life. Let us know how we can help and we’ll be there for the maiden voyage. https://t.co/tT4wm3upVb

Marnie Schulenburg, ‘As the World Turns’ star, dies at 37
Jacquemus x Nike: Here’s what to expect from the upcoming collaboration
Les and Janice Battersby on Coronation Street: Why did they leave? Are they coming back?
TikTok Star Tayler Holder Denies Sexual Assault Allegation Rumors
Tom Cruise’s Ex-Wives: Everything To Know About His 3 Marriages To Katie, Nicole, & Mimi