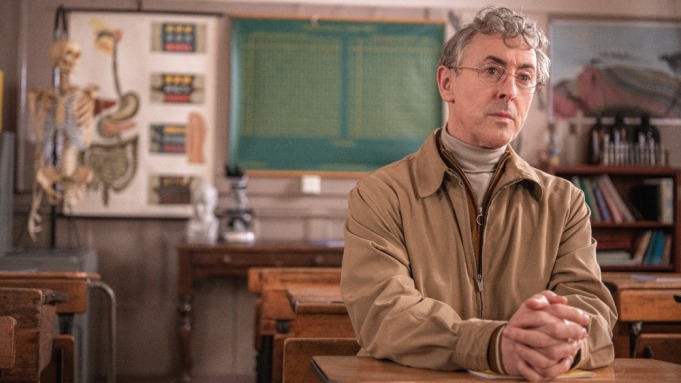 Filmmaker Jono McLeod’s nostalgic look at the strange but true story of his former classmate, Brandon Lee, is being sold by Dogwoof.

In 1993, 16-year-old Lee enrolled at Bearsden Academy, a secondary school in a well-to-do suburb of Glasgow, Scotland. What followed over the next two years would become the stuff of national legend. Brandon had been privately tutored in Canada while he accompanied his mother, an opera diva, on tour before her tragic death. The preternaturally bright student surprised teachers by blazing toward his goal of entering medical school, displaying a wealth of knowledge beyond his years. Brandon found friends despite his initial awkwardness. He took bullied students under his wing, introduced classmates to seminal retro bands, and even starred in the school’s production of South Pacific. But then his secret was revealed.

The film uses animation and the memories of students and teachers to guide the story.

Debut director Jono McLeod told us: “This is a story which captured my imagination from the moment I first heard the truth about Brandon back in 1995. It’s a tale which has never been fully told by the people who were there at the time and is one which I know has fascinated Alan just as much as me. So to work with a talent like him to bring this amazing story to life has been the most incredible experience of my career.”

A Complete Breakdown of the Crawley Family From “Downton Abbey”
Guess Who This Little Lady Turned Into!
Ukrainian band wins 2022 Eurovision contest amid Russian invasion
I was an NHS midwife for 13 years before it finally broke me. This is what it’s really like on the healthcare frontline
Tommy Hilfiger Says Skinny Jeans Are In, Cargo Pants Not So Much