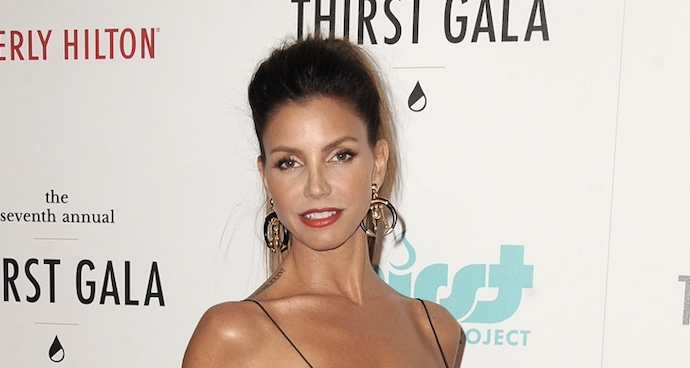 Buffy the Vampire Slayer and Angel actress Charisma Carpenter responded to Joss Whedon’s first lengthy comments regarding allegations of misconduct leveled at him over the past year. Whedon made the remarks in an in-depth interview with New York magazine this week.

About his interactions with Carpenter, who has said he called her “fat” when she was four months pregnant, Whedon said vaguely, “I was not mannerly.” He also said he was bewildered by her account.

“Most of my experiences with Charisma were delightful and charming. She struggled sometimes with her lines, but nobody could hit a punch line harder than her,” Whedon said. “I did not call her fat.”

The actress responded with a social media post calling Whedon a “tyrannical narcissistic boss who is still unable to be accountable and just apologize.”

Carpenter last year not only claimed the Buffy and Angel creator called her “fat” while she was pregnant, but threatened to fire her and made people vie for his approval on set.

One specific allegation she recounted was when, in a closed-door meeting after learning of her pregnancy, Carpenter said Whedon “asked me if I was ‘going to keep it.’” The actress said Whedon “proceeded to attack my character, mock my religious beliefs, accuse me of sabotaging the show, and then unceremoniously fired me the following season once I gave birth.”

In the New York piece, Whedon did admit more generally that he was not as “civilized” back then. “I was young,” he told the magazine. “I yelled, and sometimes you had to yell. This was a very young cast, and it was easy for everything to turn into a cocktail party.”

The actress also said in her post, “#IStandWithRayFisher,” referencing the Cyborg actor who has repeatedly accused Whedon of abuse and “problematic behavior” during reshoots on Warner Bros’ Justice League.

Fisher responded yesterday by tweeting, “#IStandWithCharismaCarpenter who (like this ‘bad actor in both senses’) has no agency in determining matters of abuse or race, but for the influence of a White male shadow puppeteer.” The “bad actor in both senses” bit is a reference to Whedon’s description of Fisher in the New York profile.

#IStandWithCharismaCarpenter who (like this “bad actor in both senses”) has no agency in determining matters of abuse or race, but for the influence of a White male shadow puppeteer.@NYMag and @lilapearl should be ashamed for regurgitating this nonsense.

Carpenter also called out the director’s assertion that another Justice League star, Gal Gadot, simply misunderstood him during an argument between the two.

Gadot said last year that Whedon “kind of threatened my career and said if I did something [about her concerns], he would make my career miserable.”

Whedon told the magazine, “I don’t threaten people. Who does that?” He posited that she simply misunderstood him because, “English is not her first language, and I tend to be annoyingly flowery in my speech.”

Carpenter responded yesterday writing, “I believe that Gal Gadot not only understands career threats in English but also in Hebrew. Possibly French, Spanish and Italian, too.”