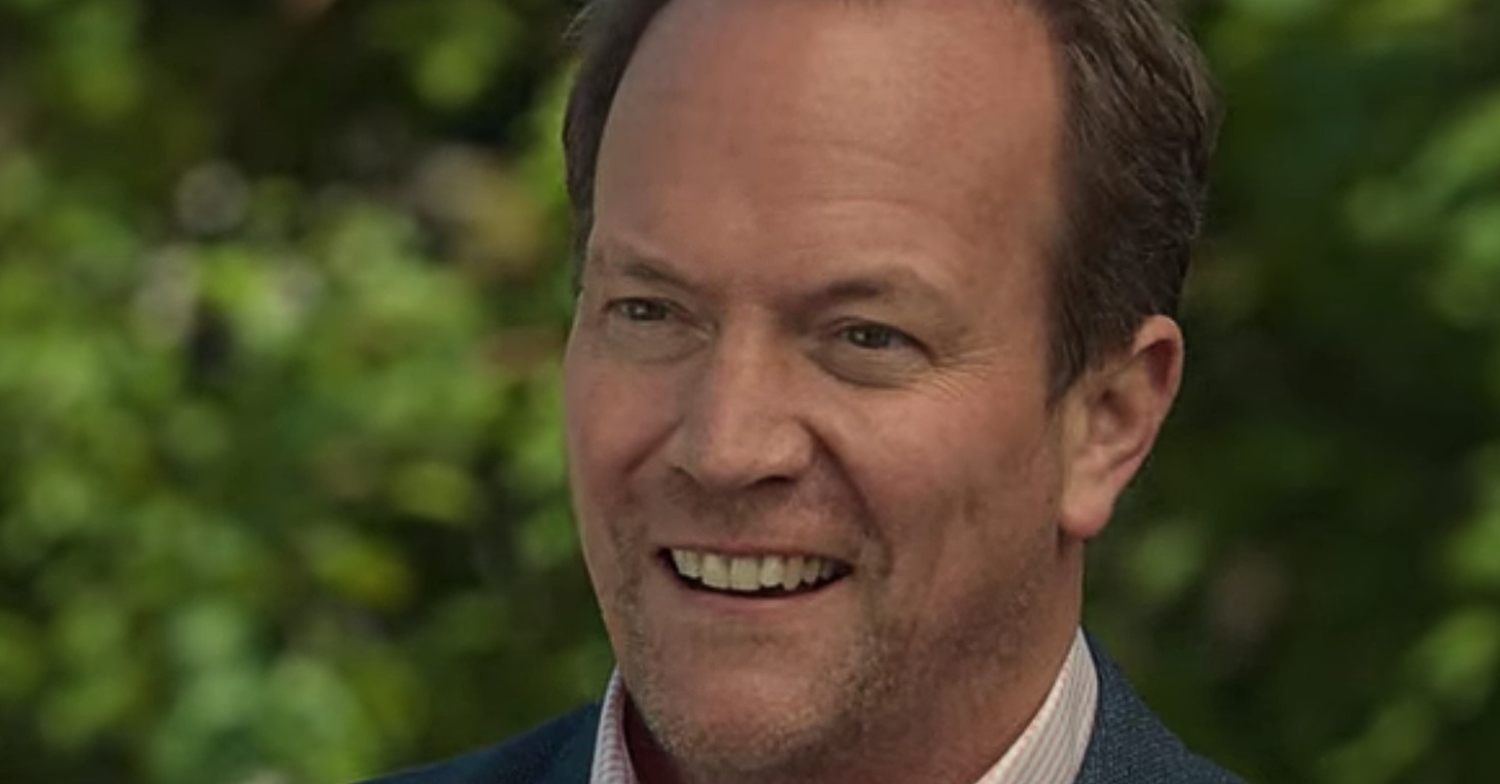 Viewers will doubtless recognise the 49-year-old thanks to his illustrious past in some of the country’s biggest soaps.

What has Ben appeared in… where do you recognise him? Here’s something to jog your memory.

Who does Ben Hull play in After Life?

Throughout the series Ricky’s character Tony tries to find a way forward after the death of his wife, Lisa.

One of the ways he does this is develop a touching friendship with care home nurse Emma (played by Ashley Jensen).

There’s a touch of the will-they-won’t-theys about them, but in the end they decide to stay friends.

Read more: After Life season 3 soundtrack: Every track including ‘that Love Actually song’ by Joni Mitchell

And as they do this, Emma meets a childhood pal called Jack, played by Ben.

Emma hasn’t seen wine merchant Jack for 30 years, but when they bump into each other he suggests they hook up.

The nurse, who’s also trying to find meaning in her own life, takes him up on his offer.

In the finale, she introduces Jack to Tony.

Where have you seen Ben Hull from After Life before?

Ben is veteran character actor who has appeared in a number of soaps down the years.

He got his big break when he landed the role of bad boy Lewis Richardson in Hollyoaks.

Upon landing the role in 1995, Ben said: “As soon as I heard about the show – and this was before it was actually aired – I thought it had enormous potential, and I really wanted to be part of it.”

When he decided to leave Hollyoaks in 2001, producers decided to kill the character off, and that meant a dramatic and controversial suicide storyline.

Ben said in interviews at the time: “When the producer outlined the story of Lewis’s self-destruction, my reaction was, ‘Brilliant!’

“Lewis was a good bloke for most of the time, but he’s always been involved in something a little bit dodgy.

“I think we’ve all seen that before, so for me it was better to do something totally unexpected and challenging, rather than just fade away.”

One newspaper called Lewis’s end as “a shocking soap storyline as graphic as any ever seen on TV”.

What else has Ben been in?

A year after his exit from Hollyoaks, Ben joined another Scouse soap – Brookside.

Playing Dr Gary Parr, he stayed in the iconic Channel 4 show for a year.

He then moved on to Casualty (where he played Dale Charters), Family Affairs and Doctors.

Known affectionately as ‘Mr T’, the obstetrician and gynaecologist enjoyed an on-off relationship with Mo Effanga.

Is Ben married and does he have children?

Speaking about their relationship to MyBaba.com, he said: “We first met on Channel 5’s soap Family Affairs.

“It’s great that Anna is also an actor as we both understand completely the stresses and strains of the job: The hardest part of being an actor isn’t the acting, it’s how you survive in-between jobs.”

They are parents to two daughters, Lana and Grace.

“Along with managing to convince Anna that marrying me was a good idea, [becoming a dad] was by far the best thing that’s ever happened to me.

“I feel blessed to have such wonderful, funny and lovely girls who make every day a joy.”