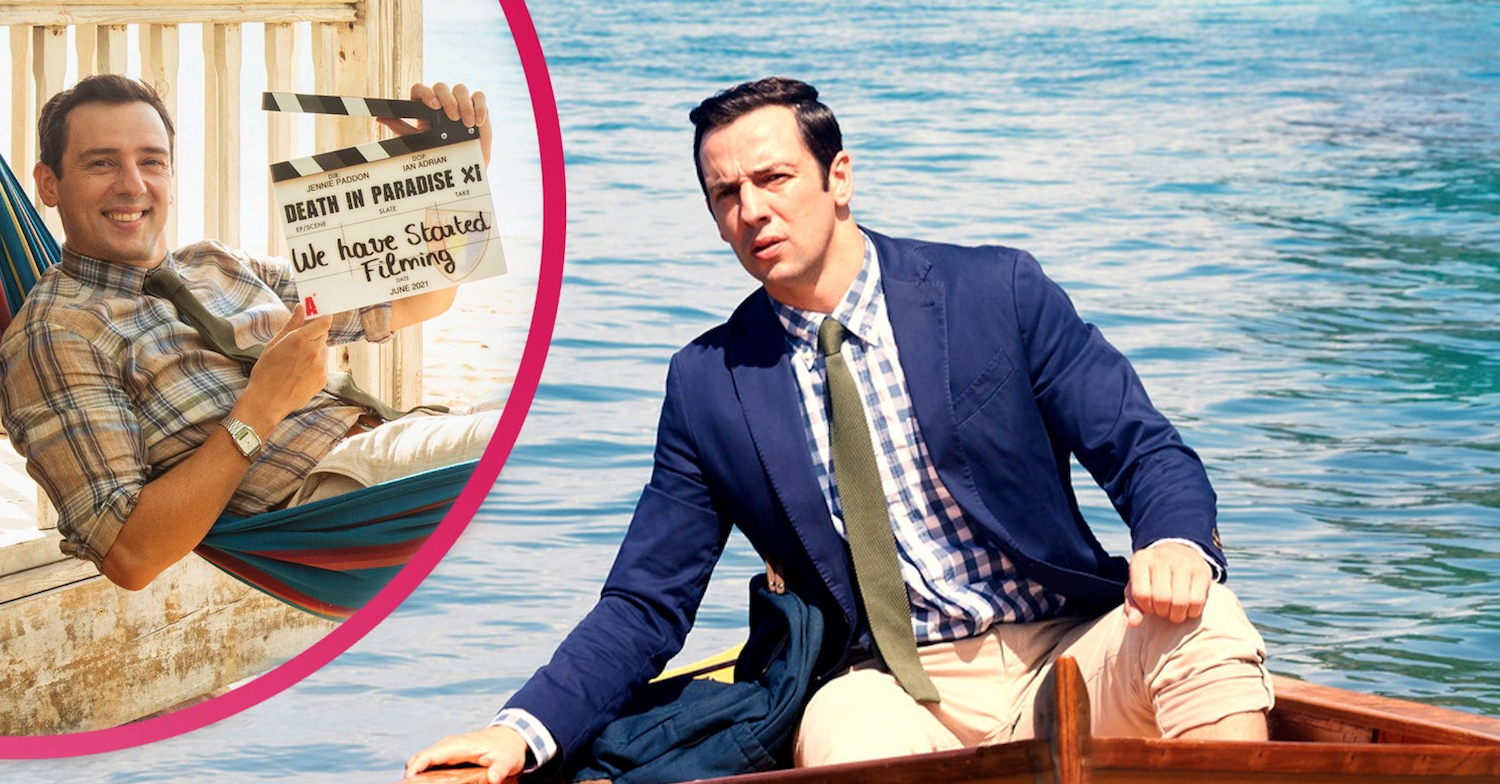 So where is Death In Paradise filmed? It’s the question fans often ask after each episode.

The series really does offer something different when it comes to crime dramas because of its tropical location – there’s no freezing cold Nordic Noirs here.

And with series 11 now in full swing, it’s high time we took a look at some of the key locations.

We know that the fictional island is called Saint Marie, but where is this in the world?

Where is Death In Paradise filmed?

The show is filmed on the real Caribbean Island of Guadalupe – Guadaloupe as it’s spelled there.

Guadalope is the name for the collection of around six islands – or archipelago – that sits south of Antigua and north of Dominica in the Caribbean.

The main islands in the archipelago are Basse-Terre, Grande-Terre, Marie-Galante, La Désirade and the two inhabited Îles des Saintes.

Read more: Death In Paradise series 11: Who are the guest stars in episode 1?

As the names of those islands suggest, they – and Guadaloupe as a whole – come under French jurisdiction.

When it comes to specific locations, many of the places you see on the show are on Basse-Terre island – that’s means beaches as far as the eye can see.

In terms of Honoré ‘Saint Marie’s capital’ that is actually the town of Deshaies, where the cast and crew not only stay but also film.

Where is Death In Paradise filmed? Is Guadalupe safe to visit?

Yes. You can visit Guadalupe and it’s generally safe to visit.

However, with the world the way it is now, it’s always best to check entry requirements.

The hurricane season generally runs from June to November, so again it’s always best to check weather reports before you travel.

In so far as crime, Guadalupe records low levels of crime. But like anywhere, there are dos and don’ts, so have a look at the government site here for the latest, up-to-date advice.

And don’t forget your mosquito repellent!

Can you visit the actual locations?

It’s a big-fat yes to that one.

Several enterprising travel companies have set up specific location tours, which take in all of the key places in the show.

However, there are more to explore – you can go to the gloriously lush Botanical Gardens (where Richard Poole was killed), which is a short drive from Deshaies.

And then there’s the Langley Fort Royal Hotel, another staple in the show.

Since series three, Catherine’s Bar has been situated in Deshaies.

Its real-life name is Le Madras, and you can sip cocktails or eat yummy food overlooking the ocean – just like the cast of the show do in every episode.

Where is Death In Paradise filmed? What about Neville’s beach shack, does that exist?

Every British detective that is sent to Saint Marie – sorry, Guadalupe – always lives in that cute little beach shack.

We have good news and bad news.

The Anse La Perle beach is real but unfortunately, the shack is not.

Between shoots, the shack is taken down and stored away.

He told the Radio Times: “We’ve had years where we’ve kind of left it to the elements, and then people were having parties in it at weekends, like tourists having parties.

“We were like, ‘We have to secure this a little bit more now!’”

So there you have it… visit Guadalupe and take in the gorgeous locations. But just don’t expect to see the beach shack!