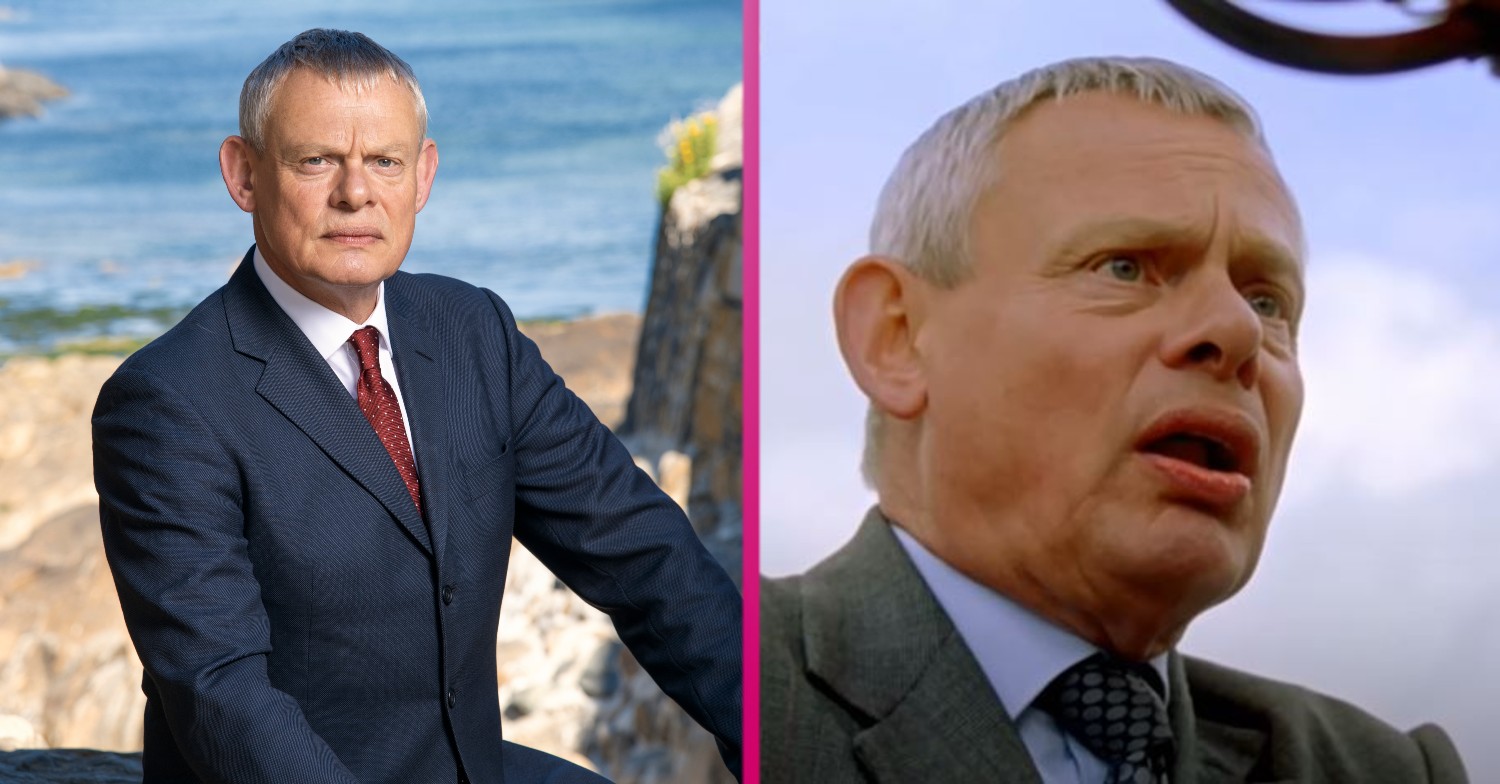 Doc Martin fans are chomping at the bit for series 10, which has been delayed by the C word!

Series nine ended on an explosive cliffhanger in November 2019 and, ever since, fans have been waiting for more episodes.

Speaking on This Morning on October 16, 2020, Martin revealed work on the show is “completely up in the air” because of the coronavirus pandemic.

Host Eamonn Holmes mentioned the fact that at the end of the last series, the character was no longer a doctor because of his fear of blood.

I’m guessing he’s going to get back in the saddle… yes he will. We’ll find a way.

Martin explained: “Not entirely, I mean he does have that problem with blood and he did let himself down a bit, but rather than be put through an exam by the General Medical Council he just pulled the rug on it, he was fed up with it.”

“But I’m guessing he’s going to get back in the saddle… yes he will, he will. We’ll find a way.”

Elsewhere in the chat, Martin explained how the lockdown had really impacted production. He said on the ITV daytime show: “It’s all up in the air at the moment, like the rest of the world. It’s the uncertainty, everything very hard to plan for… it’s very hard to look into the future and see what we will be able to do next year.”

Doc Martin’s series 10 was confirmed by the show’s director Nigel Cole at the Cornwall Film Festival earlier this year.

Of course, due to the coronavirus lockdown, television shows had to halt production.

This means series 10 is to be broadcast later than ITV had originally planned.

Why is series 10 the last for Doc Martin?

On September 7, the actor said in a joint statement with writer Philippa Braithwaite: “We have loved making nine series of Doc Martin.

“When we launched the series in 2004 we could never have imagined how much our loyal viewers would take to the grumpy Doc like they have.

“The series has avid fans both in the UK and throughout the world and we are thrilled that Doc Martin has topped the ratings every time. ‘However, after sixteen years we now feel that the time has come to say goodbye to Portwenn.

“We will be making the tenth and final series in 2021 and we are very much looking forward to returning to Cornwall to film it.”

Martin has starred in the show as Dr Martin Ellingham since it first launched back in 2004.

Although Martin loved the role, he said in a previous interview with I Heart British TV, he’d “probably retire” after next filming next season.

And during a chat on Lorraine on January 13, 2013, he revealed it was the right time to finish the show.

How did Doc Martin series 9 end?

Last series, Martin was under investigation by the General Medical Council.

The finale saw surgeon Bernard Newton (Tom Conti) arrive in Portwenn to assess the doctor and his practice.

After resigning, he anxiously braced himself to return home and tell his wife Louisa (Caroline Catz) the news.

But when he got to the house, she had even bigger news – Louisa is pregnant.

Series 9 then ended leaving fans with more questions than ever.

Luckily, it looks like there are a tonne of answers coming in season 10, so watch this space.

Is Doc Martin based on a real person?

Doc Martin is based on the real life experiences of Dr Martin Scurr.

The retired doctor was a GP for 25 years before recently deciding to retire.

He has consulted on every single series of Doc Martin to date.

During an interview on This Morning, he revealed how he got involved with the hit series.

“Well at the start [the first writer] came two see me,” he said.

“He said he’d won the gig to write this series and he admitted he had no idea where to begin with general practice.

“So we took ourselves down to Portobello Road with an exercise book and sat in a cafe  and I told him funny stories from my life.

“Most of them outrageous, unpronounceable and perhaps not to be revealed on screen.”

Dr Martin added: “I never thought it could go on so long and yet as we got to the second and third series, I began to realise that we’d happened upon a really good seam go gold here.

“Educational, worthwhile and teaching everybody that the doctor can be a bit stranger but he can still be very competent.

“And what matters is that he’s available and that he can communicate and gives continuity.

“That’s a good message for general practice, I think.”

What else is Martin Clunes up to?

The first series was such a success, it’s coming back, this time focusing on prolific rapist The Nightstalker.

The drama begins on Monday, September 20.