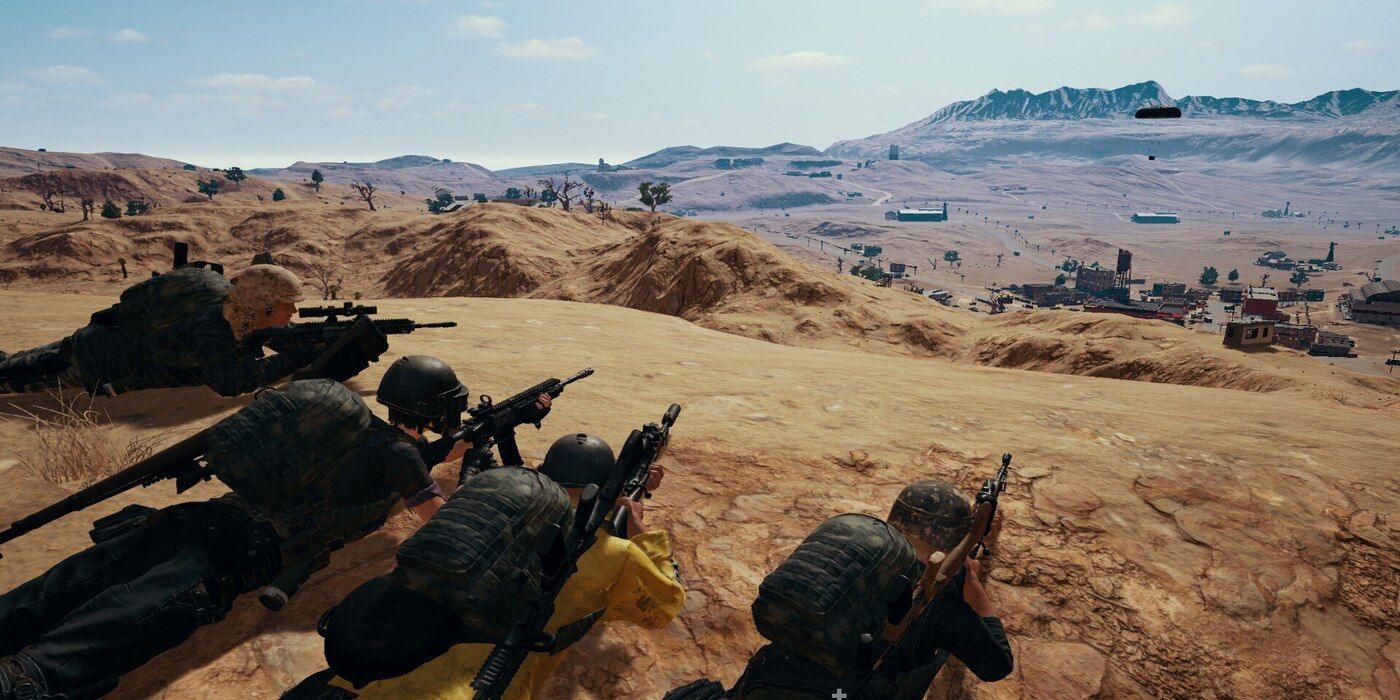 One of the most groundbreaking multiplayer games of the last decade, PUBG: BATTLEGROUNDS, has officially gone free-to-play this week in a controversial move that has many hardcore players review bombing the title on Steam and demanding refunds. Five years after its release, developer and publisher KFATON revealed that PUBG: BATTLEGROUNDS would be going free-to-play during The Game Awards 2021. Despite having free-to-play counterparts on mobile, PUBG: BATTLEGROUNDS is known as the only popular battle royale title that kept a price label to its name and although continuing to dominate the gaming market, it is believed that its developers opened it up to a free-to-play model to skyrocket its playbase and extend its longevity.

Originally releasing late 2017 on Steam for $29.99, PUBG: BATTLEGROUNDS ignited the battle royale genre and spawned numerous similar titles. Going on to generate billions in revenue, developers quickly added the popular game mode to almost every multiplayer game series’ while some created separate free-to-play games like Fortnite and Call of Duty: Warzone that uses live service, monetization models. Since its release, PUBG: BATTLEGROUNDS has significantly been upgraded, receiving an abundance of new updates, maps, features, and two spin-off mobile titles, including the newly released PUBG: New State, taking the franchise to a post-apocalyptic future with new gadgets and game mechanics that help the title stand out from its counterparts.

To express their discontent with the title officially going free-to-play, PUBG: BATTLEGROUNDS players have been review bombing the game’s Steam page with negative reviews. On January 12, the day of its switch, the game was blitzed by over 5000 negative Steam reviews in a single day. Players were ragingly demanding refunds, with continuous negative comments like “So can I have my money back now?” and “SPENT 30 DOLLARS NOW ITS FREE TO PLAY” seen written almost every hour. While today’s numbers are yet to be revealed, it is clear that PUBG’s community is aggravated by KRAFTON’s decision to make the game free.

Interestingly, the developers have revealed that returning and current players who already purchased the game before the free-to-play transition will not only have their PUBG accounts automatically upgraded to Battlegrounds Plus, but they will also receive a bundle of rewards including the special commemorative pack. Battlegrounds Plus is a premium PUBG plan that costs $12.99 that supercharges player XP, gives them the ability to play in Ranked Mode and create custom matches, with the addition of being able to receive special cosmetic items. The premium plan is however for hardcore fans that continuously play the battle royale title, and isn’t recommended for newcomers.

PUBG: BATTLEGROUNDS is the only popular multiplayer title on Steam to go free-to-play after a planned announcement, so it’s impossible for fans to receive refunds, especially given how long the game has already been out. Since the title went free-to-play, the peak concurrent player count for PUBG has hit nearly 700k, so this could highly benefit both parties in the future, despite currently being rattled by negativity.

Next: Apex Legends Is The Most Stressful FPS, CS:GO Is The Least, Study Says

PUBG: BATTLEGROUNDS is available on PS4, Xbox One, PC, and Google Stadia.

Sam is a narrative designer and writer from Florida. Having studied game design and comms, he loves to keep up with industry news, work on indie projects and talk about retro gaming. You can follow him on Twitter @scriptslash