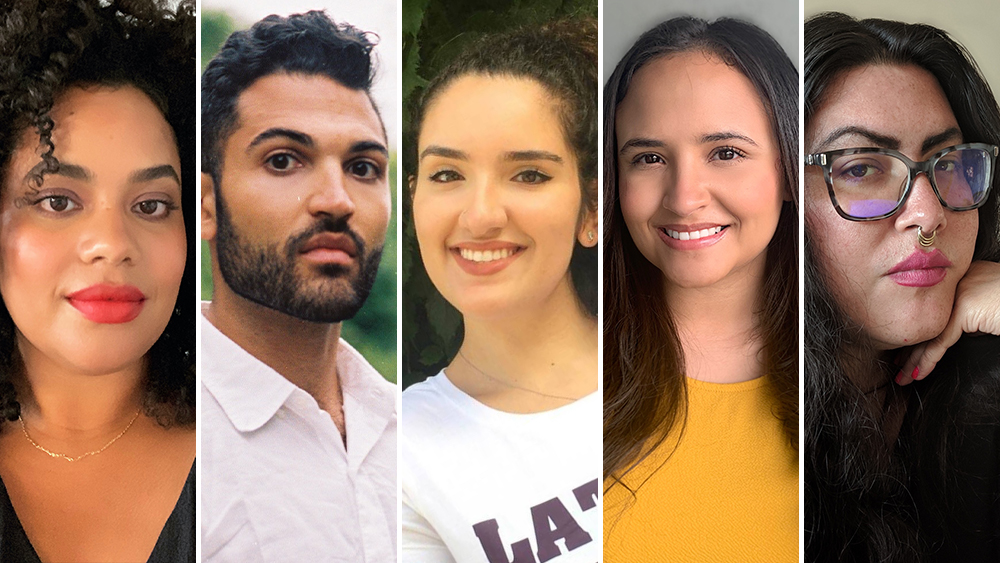 Over the course of 26-weeks—beginning Jan. 10—, each fellow will have the opportunity to tell the story they want to tell and develop an original, polished television pilot script from start to finish, which will be commissioned by UCP.

The fellows will gather virtually on a weekly basis to share and receive constructive feedback on each other’s material, as well as receive support and feedback from Ojalá and UCP executives. They’ll also attend monthly speaker panels to gain industry insight from showrunners and producers. Upon completion of the Lab, fellows will have an amplified professional profile and meaningful industry peers and allies to help cultivate exciting collaborations and opportunities long into the future.

“I am extremely proud to announce our inaugural fellows, and to have these incredibly talented Latine storytellers form the first assembly of the Ojalá Ignition Lab,” Saracho said. “Along with bestowing them with a culturally safe space to empower and amplify their original voices, this incubator provides the recipients with financial compensation to develop their project as well as other resources that will aid in their success in substantial and tangible ways. I’m incredibly honored to be able to impart this opportunity, in partnership with UCP and my Ojalá team, to cultivate the next generation of Latine creators.”

Learn more about the 5 fellows selected below:

Diana Peralta is a director, writer, and producer whose debut feature film, De Lo Mio (HBO), was picked up for distribution by HBO in 2020. She currently teaches directing at Columbia University’s Film MFA program and is working on her second feature film.

Melba Silwany uses her experience in writer’s rooms and time on set to help shape her goals for extending Latinx and POC voices onto the screen. She dedicates her work to finding comfort in sexuality, complexities of religion, LGBTQ+ awareness, her relationships with the women in her life, and how being Latinx has shaped her experience in the United States. She is currently doing stand-up all throughout NYC.

Samantha Renee Cordero is a former child actress who worked as Development Coordinator at The CW and is currently the Showrunner’s Assistant to Annabel Oakes on Grease: Rise of the Pink Ladies for Paramount Television. She writes grounded dramedies centered around women who are driven to succeed against all odds.

Stephanie Adams-Santos is a writer and artist whose work spans poetry, prose, screenwriting, and other swampy, hybrid forms. Her work is rooted in the crossroads of ritual, ancestry, and the environment — always with a penchant for the weird, queer, and uncanny. She’s written multiple episodes over three seasons of Two Sentence Horror Stories for the CW and Netflix.

First look at Dodger as BBC reveals Christopher Eccleston as Fagin
Ronald Smith: Tiffany is LYING! We’re Not Back Together!
New Releases Tuesday: The Best Books Out This Week
Since Women’s Aid started its femicide watch in 1996, 244 women have been killed in Ireland under violent circumstances
‘A Very British Scandal’ Producer Blueprint Television Signs ‘Poldark’ Exec Karen Thrussell