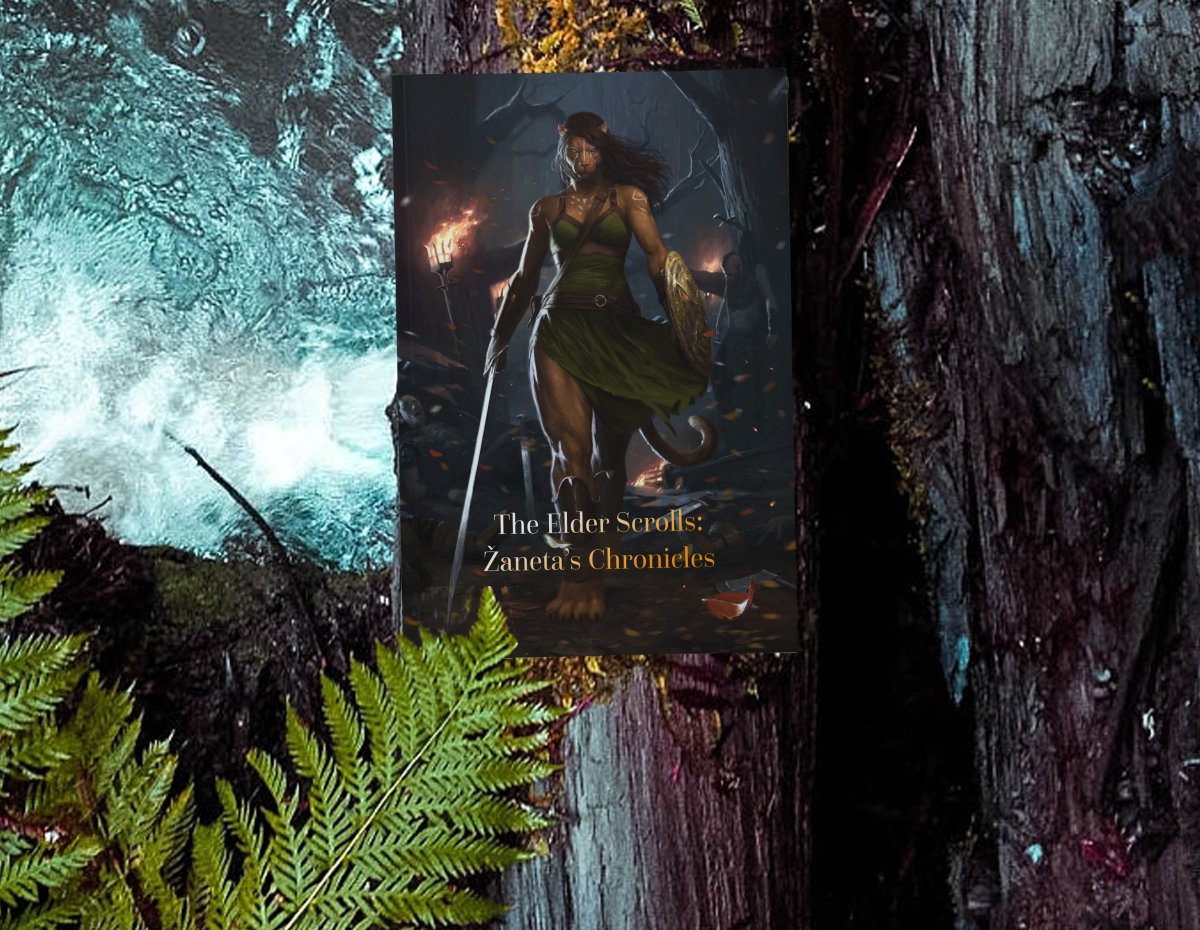 A.L. Zuniga’s ‘’Vvardenfell,‘’ is the first installment of his trilogy The Elder Scrolls – Žaneta’s Chronicles published in July 2020. And like its lofty christening suggests, it’s epic fantasy. The plot follows a humanoid entity called Žaneta, searching for her children after a brutal home invasion on her island, leaving her husband dead and the former missing. Her adventures and ultimate odyssey treks across elaborately named realms, featuring uncommonly real and three-dimensional characters and stunningly realized, beautifully worded description of environments you wish you could step into. Needless to say, the book because of its escapist qualities, coupled with its rich and diverse experiences seen through the eyes of its main character, is de-facto throwback material. It calls to mind the work of Diana Wynne Jones, who has displayed a similar juxtaposing whimsicality meets dark and unguarded depiction of supernatural terror.

Zuniga is wise to never pump the story too high, nor settle for too little. Part of what makes the book The Elder Scrolls – Zaneta’s Chronicles: Part One: Vvardenfell is that it is exactly what it is. However that’s never at the expense of good, old-fashioned storytelling. Part of this is likely due to Mr. Zuniga’s personal background before he became an author. Based out of Casper in Wyoming, Zuniga received an honorable discharge from the Marine Corps and subsequently found work as a respiratory therapist, as an artist, and in the aforementioned profession. Because of the grounded nature of his background, I feel like Mr. Zuniga was able to inject a genuine sense of gravity into his characterizations, even in the most heightened context. The book also feels like something therapeutic, not just for its author but for anyone who has felt like an outcast, been branded so-called ‘different’, or just is the bookish person perusing the fantasy and science fiction aisles of their local library.

The story is an ode to the underdog, putting its magical and mystical heroine through the wringer at each and every turn as she struggles and strives to find her missing children. There’s never a sense of the tension entirely letting up, the calmer sequences of the book feeling less like creative ruminations on the world Žaneta is from, and more like the actual calm before a storm. Again, this is a shrewd tactic of the author’s. Any great world, whether fantastical or not in its presentational value, has to have conflict. Zuniga is wise to dress various manifestations of the characters’ conflicts in ways subtly winking at current events. Take, for instance, one of the most obvious – specifically a plague that threatens to overwhelm. These kind of grounded elements elevate the magical nature of Vvardenfell’s genre components, while simultaneously making the story that much more lifelike and therefore that much more compelling.

All in all, I’d highly recommend The Elder Scrolls – Zaneta’s Chronicles: Part One: Vvardenfell. It’s a fun, dark, interesting, and entertaining yarn that will have a particularly special place in the hearts of its targeted audience.

Black Mirror is finally returning to Netflix for a 6th season – here’s everything we know
Can You Remember the Plot of Avatar?
Get Pumped: There’s Going To Be a One Piece-Themed Gym in Tokyo
“Learn to Live Alongside Cringe”: Taylor Swift Takes a Victory Lap at NYU’s Graduation Ceremony
Tony Nominees See Uptick At Broadway Box Office: ‘A Strange Loop’ Jumps By More Than $200K