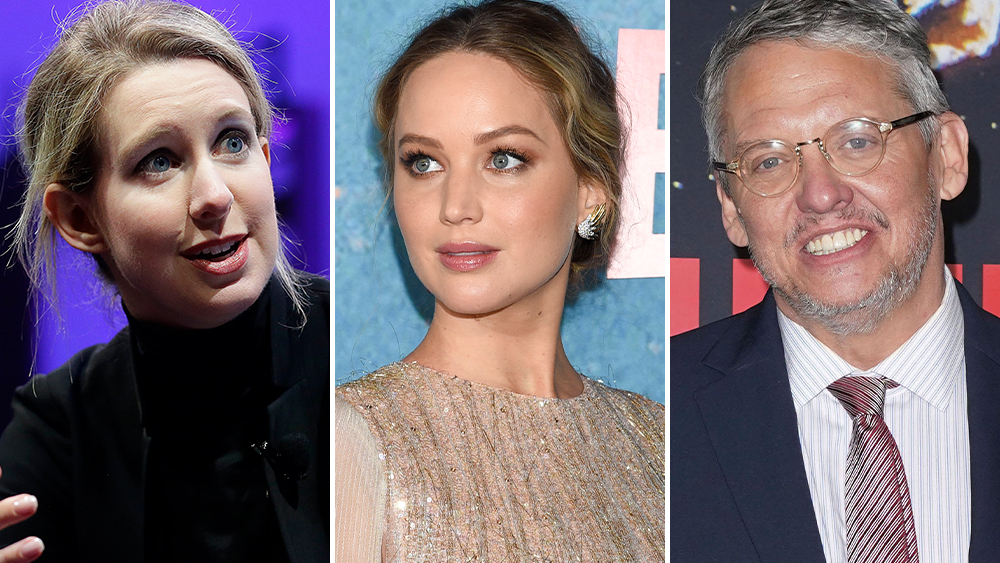 Apple Original Films has confirmed it will be the studio backing and distributing Bad Blood, the drama about the shocking rise and fall of Theranos CEO Elizabeth Holmes that Adam McKay is writing to direct, with Jennifer Lawrence starring. The project was originally set up at Legendary after a heated auction in 2016, and it will be a coproduction between Apple Studios and Legendary. McKay’s Hyperobject Industries has a multi-year first look deal at Apple for scripted movies.

The Apple landing has been months in the works, but no one would confirm it. It comes at a time when Holmes is in the third week of her trial on charges of defrauding investors and patients on claims she made about her blood testing start up, even as it became clear there were major flaws in her mousetrap. Apple’s confirmation also comes as McKay and Lawrence are getting strong notices for Don’t Look Up, the clever satire about the global warming crisis framed around a different premise: a comet the size of Mt. Everest is on a catastrophic collision course with earth. Mobilizing to save the planet becomes complicated by politics, social media messaging, private interests and general apathy. Lawrence stars in a cast that includes Leonardo DiCaprio, Meryl Streep, Cate Blanchett, Timothee Chalamet, Tyler Perry, Mark Rylance, Jonah Hill, Ariana Grande and others. Netflix opens it Christmas Eve.

Holmes’ Silicon Valley blood testing startup catapulted the Stanford dropout to short-lived status as the youngest and richest self-made billionaire as shares of Theranos became the darling of the venture capital set. It all came tumbling down after an expose by former WSJ investigative reporter John Carreyrou. The film is based on his book, Bad Blood: Secrets and Lies in a Silicon Valley Start Up.

In addition to Apple and Legendary, the film will be produced by Lawrence and her Excellent Cadaver producing partner Justine Polsky, and Hyperobject Industries’ McKay and Kevin Messick. Will Ferrell is also producing through Gary Sanchez Productions, the shingle he previously partnered in with McKay and Chris Henchy.

Lawrence and Polsky just wrapped an untitled film for A24 that Lawrence also stars in with Lila Neugebauer directing. Aside from the Emmy-winning Succession, McKay is EP on the HBO series on the 1980s Los Angeles Lakers.

Zendaya and Tom Holland Were So Cute While Visiting His Family in London
This TikTok-famous hot chocolate maker is just as good as Hotel Chocolat’s £99 velvetiser (but it costs less than £40)
Shirley Ballas addresses romance rumours on Strictly tour
A Discovery of Witches Season 3 Episode 3 Review: Atonement
What the Existence of a Blunt-Smoking Candidate for U.S. Senate Says About the Weird Politics of Weed in 2022