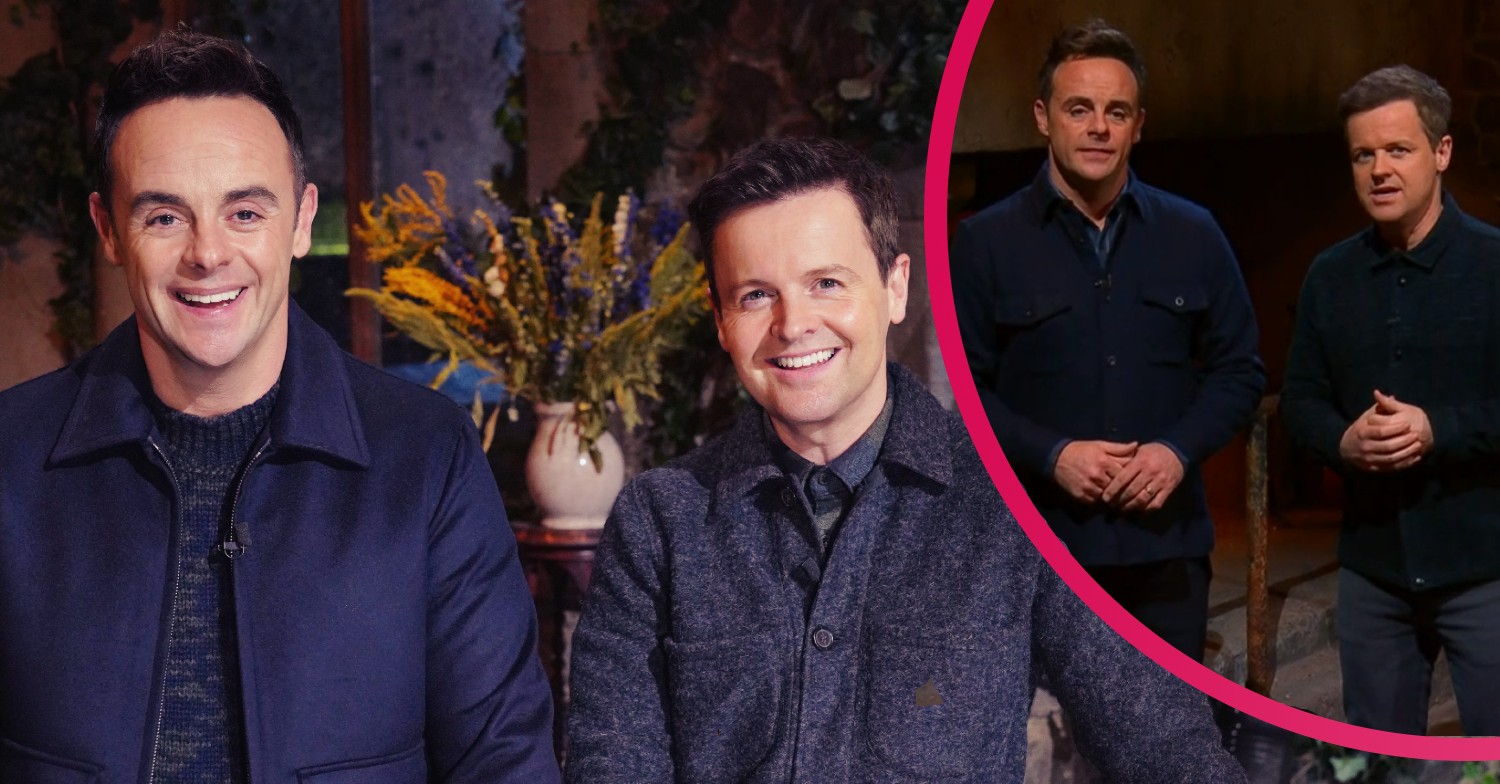 Fans of I’m A Celebrity were left in hysterics as Ant and Dec entered the show’s studio and it went a bit wrong!

As they walked onto set on Friday, December 3, both presenters had mishaps and they asked: “Can we start again?!”

What happened to Ant and Dec on I’m A Celebrity?

The duo did their usual walk into the castle studio, but Dec immediately said: “Ooh, I’ve just popped open my buttons,” as he fiddled with his shirt.

At the same time, Ant walked straight into a candelabra and hit one of the candles off.

“Sorry, can we start again,” Dec quipped as they returned up the stairs and welcomed the viewers to tonight’s show again.

“We’re not live are we?” Ant joked. “Pretend it didn’t happen,” he added as they went back out of the door and re-entered the studio.

I’m A Celebrity What did fans say about Ant and Dec?

Those watching at home thought it was hilarious.

The negatives of LIVE TV 😂😂😂#ImACeleb

One for the blooper reel there lads!! 😂😂😂😂 #ImACeleb @antanddec

Ant and Dec after restarting the intro #imaceleb #imacelebrity pic.twitter.com/fbEJc9tC0F

“I’ve just popped open one of my buttons” #ImACeleb pic.twitter.com/b1d3T0JVt8

Ant & Dec… what would Britain do without them? 🤣 #ImaCeleb

the crew when ant and dec started again #ImACeleb pic.twitter.com/5oJP5JRpvJ

Read more: I’m A Celebrity star Naughty Boy had just £10 before Deal or no Deal win

What else happened on tonight’s I’m A Celebrity?

Last night it was revealed Matty Lee had finally been voted to do a challenge after days of fans begging for him to have more screen time.

He was voted alongside fellow campmate Naughty Boy, who has barely missed a single trial since the celebs have been in camp.

The pair took on Gruesome Gargoyles to win meals for camp.

Meanwhile Danny woke up from a night sleeping next to David Ginola and said he’d been snoring all night!

I’m A Celebrity airs every night at 9pm on ITV and on ITV Hub.

Did you see Ant and Dec mess up on I’m A Celebrity? Leave us a comment on our Facebook page @EntertainmentDailyFix and let us know what you think of this story.