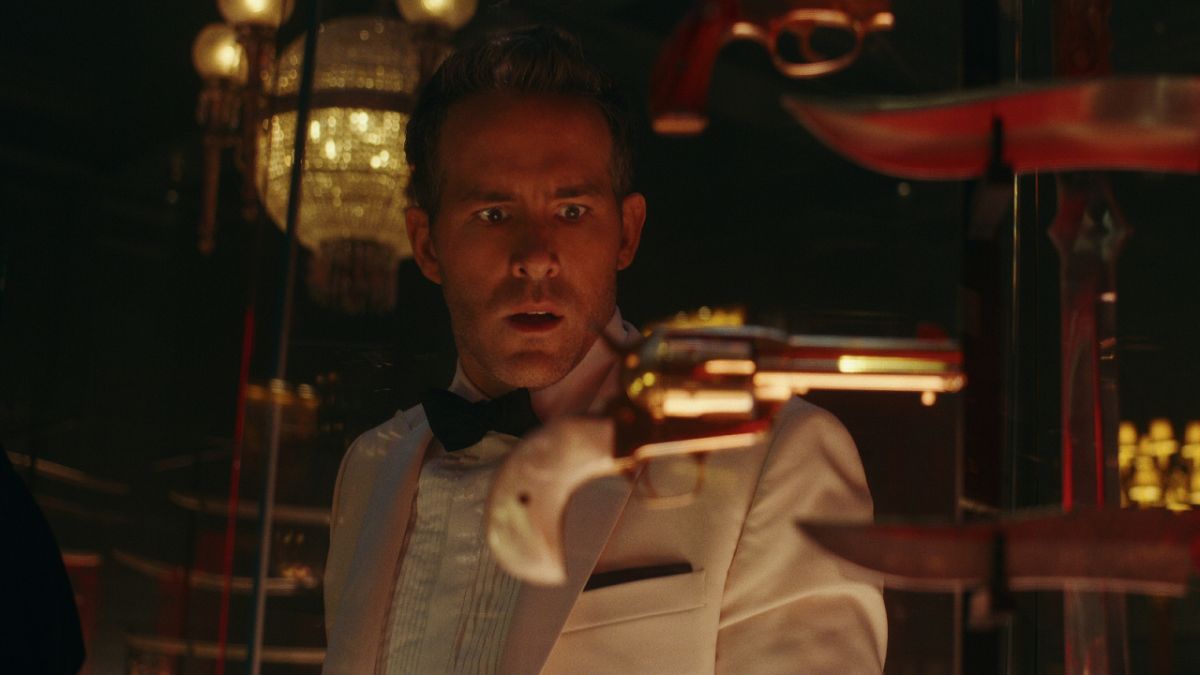 Pretty much anybody who’s done an action film has been asked if they’d want to play James Bond. Thanks to the press rounds for Netflix’s original film Red Notice, we have two more candidates for the role: former wrestling superstar/current action star Dwayne Johnson and former TV star/current jack of all trades Ryan Reynolds. You may laugh at those prospects to a certain extent, but when it comes to Reynolds, not only is he open to becoming the next 007, it’s not the first time he’s been suggested.

Questions about the next James Bond have already been running rampant since Daniel Craig’s time in the tuxedo has come to an end with No Time To Die. While there are no plans to fill the vacancy anytime soon, and only “very early preliminary conversations” have been held at this time, the speculation game is about to go into overdrive. Ryan Reynolds, in his own special way, stoked those fires further in this comment made to The Times of London:

Just picture it: Mr. Reynolds strolls into a room in a tuxedo, a bottle of Aviation Gin hidden somewhere in frame, and he wryly orders a martini while eying a dangerous target. It really doesn’t sound that absurd, as that’s basically a scene in Netflix’s other Ryan Reynolds original film 6 Underground. The large problem in this scenario is, alas, the fact that the closest the Deadpool star comes to being British is his Canadian roots.  However, it’s those ties that put him in the running for a rather wild project that could have made him an unofficial 007.

The Scenario That Could Have Seen Ryan Reynolds Play James Bond

For once, someone didn’t want to remake Thunderball! Back in 2015, indie filmmakers Lee Demarbre and Ian Driscoll told The CBC (via The Guardian) that they wanted to remake an underrated entry in the Roger Moore era of films, For Your Eyes Only. Ryan Reynolds was the candidate to lead this “arthouse James Bond” movie, the story was going to be moved to Ottawa, and the dream list of Canadian legends earmarked for the cast included the late Christopher Plummer, Donald Sutherland, Michael Ironside and Mad Men’s Jessica Paré.

It’s enough to make you say “Oh, Canada,” and this idea was hatched because of a very familiar issue in the world of James Bond: say it with me folks, “rights issues!” Thanks to a loophole in the Canadian copyright system allowing Ian Fleming’s works to be considered public domain in the Great White North, Demarbre and Driscoll would have technically been able to adapt For Your Eyes Only without a hitch. However, that same loophole would have shut this movie out of release in the US, as the Berne Convention (the copyright agreement that starts a 70-year countdown until an artist’s works can go into public domain) is very much alive and enforced.

While we can get The Muppets to theoretically remake The Great Gatsby, this Ryan Reynolds James Bond remake was, unfortunately, dead in the water. If Mr. Reynolds is really serious about playing a Bond-like figure, and doesn’t feel strong enough about the issue to send an audition packet to EON Productions, he could always do a Bond-adjacent project and compete with the brand itself. It’s definitely something to think about, as he’s set to take that sabbatical from acting in the near future.

You can still get plenty of Ryan Reynolds action on Netflix, as both 6 Underground and Red Notice, a.k.a. the most watched Netflix movie ever, are both available for streaming. Or, if you like your Reynolds cute and cuddly with a side of wide-eyed snark, you can check out this year’s smash hit Free Guy on PVOD and home video. Now you can see why the man’s decided to take a break.