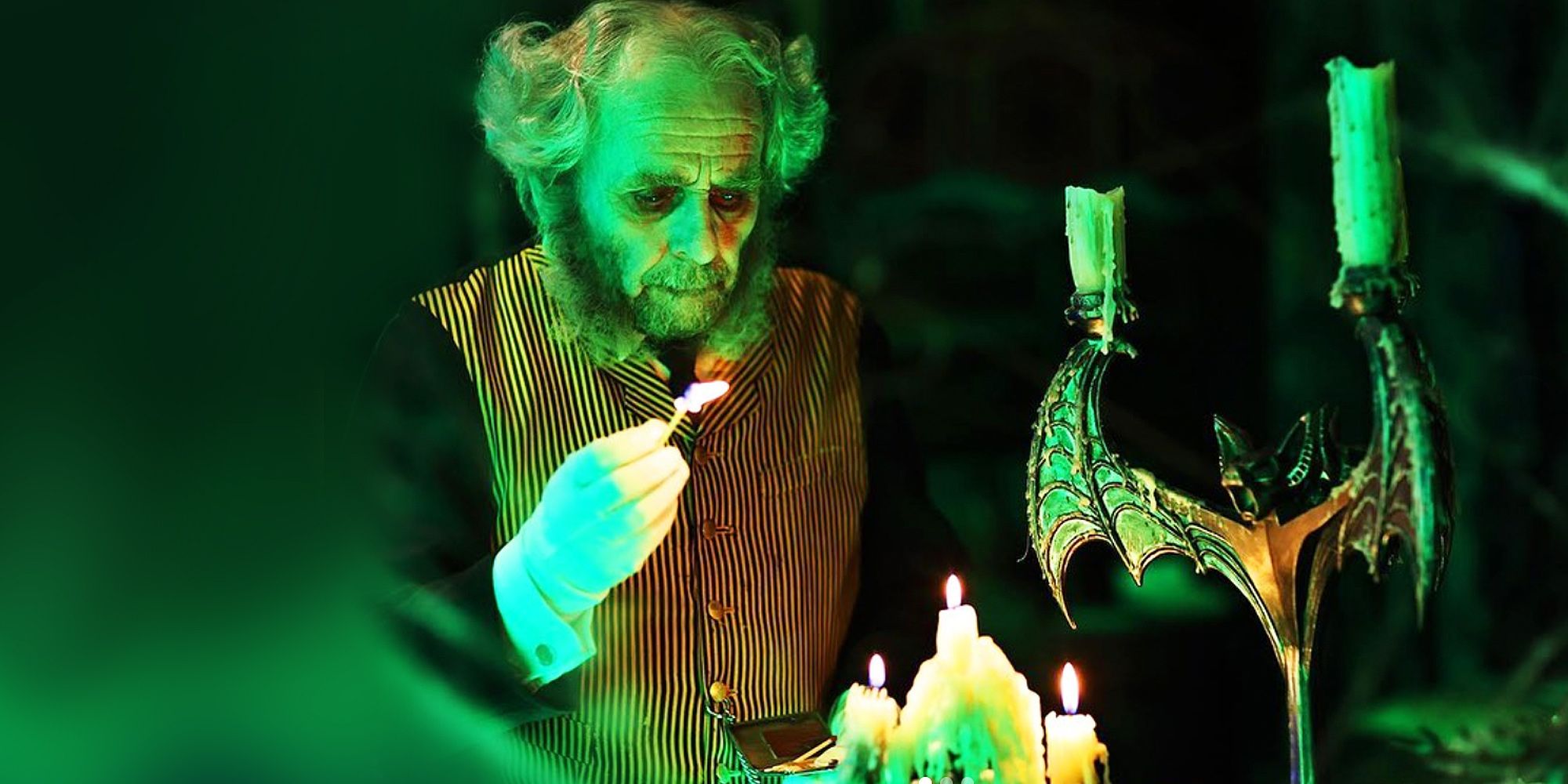 Rob Zombie has revealed the first look at a new character named Igor in his reboot of The Munsters. The Munsters was a short-lived TV sitcom from the 1960s about a family of monsters that move from Transylvania to suburban America. The show lasted two seasons before being canceled, but it continued to gain popularity through syndication, with several Munsters movies and spinoffs made well into the mid-90s.

Rob Zombie, a longtime fan of the series, recently signed on to direct a reboot of The Munsters, and has been sharing several behind-the-scenes images ever since production kicked off. The new film will star Zombie’s wife, Sheri Moon Zombie, as Lily Munster, Jeff Daniel Phillips as Herman Munster, and Daniel Roebuck as Grandpa Munster. The two kids in the family, Marilyn and Eddie, have yet to be revealed, but a new character has already been announced with Richard Brake’s Transylvanian mad scientist Dr. Henry Augustus.

Now, Zombie has revealed another new addition to The Munsters mix with a first-look image of Igor, the “loyal servant to The Munsters,” who will be played by actor Sylvester McCoy. Igor is a new character to the series, as the only Igor featured in the original show as Grandpa Munster’s pet bat. The new image does show Igor next to a bat statue, which is likely a nod to the name and the connection to the original show. Check out Zombie’s post below:

The Scottish-born McCoy has been working in film and television since the 70s and is best known as the Seventh Doctor in Doctor Who. The actor has appeared most recently in Peter Jackson’s The Hobbit trilogy, as well as Netflix’s Sense8. For the director’s part, Zombie started off as a metal band rocker, leading the group White Zombie, before expanding into the world of filmmaking. Best known for his House of 1,000 Corpses trilogy, including The Devil’s Rejects, and 3 From Hell, as well as his 2007 reboot of John Carpenter’s Halloween (and subsequent sequel), Zombie has become a household name with his macabre sensibilities and horror-themed aesthetic to nearly every project he works on, including The Munsters reboot.

It’s unclear if Zombie’s reboot of The Munsters will be as family-friendly as the original series. Zombie has rarely worked on anything that doesn’t carry an R-rating, so this would be a first for the filmmaker if it is, indeed, made for all ages. However, a The Addams Family movie is already serving that crowd in animated form. What’s more, a Wednesday Addams spinoff show, aptly called Wednesday, is coming from Tim Burton and is likely to be more targeted to a younger crowd. Given this, an R-rated, horror-themed version of The Munsters may be a breath of fresh air, and this first-look image of Igor appears to support a darker tone for the upcoming series. A carbon copy of the TV show feels like it would be a bit of a disservice, so hopefully Zombie has something up his sleeve that will give The Munsters an edge, R-rated or not.

Paul Shirey is a senior news writer for Screen Rant. Formerly the Editor-in-Chief of JoBlo.com, he has over a decade of writing and reporting about the entertainment industry and has covered everything from Comic Con to CinemaCon to Star Wars Celebration, as well as covering numerous set visits and junkets all over the world. He is passionate about film, comics, TV and spends way too much on collectibles. A proud father, a combat veteran, dog lover, gym rat, coffee enthusiast and all around equal opportunity doughnut devourer, you can follow his daily exploits on Twitter and Instagram, as well as YouTube Videos on The Arctic Ninja Network.