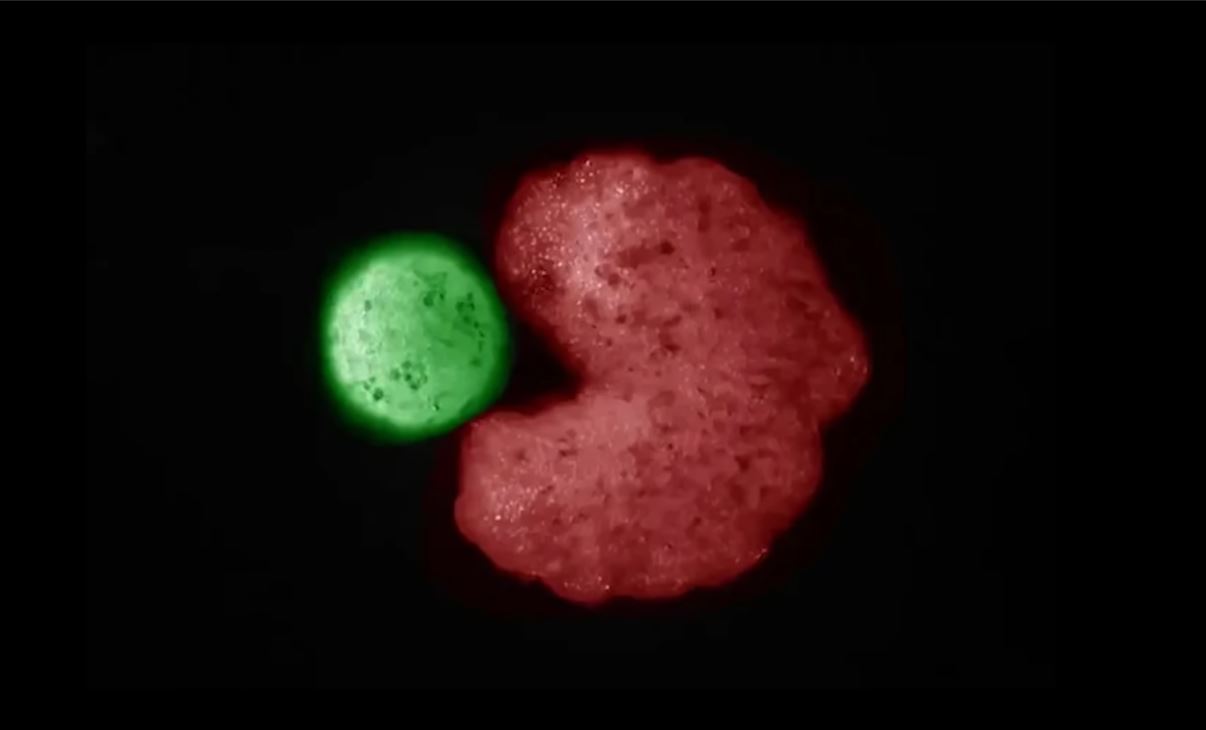 We here at The Mary Sue, like much of the internet, enjoy speculating about how and when the Singularity will take over and we will all perish at the hands of sentient killer robots. Now, a new paper published in the Proceedings of the National Academy of Sciences is lending some scientific analysis to our collective dystopian fantasy. A team of scientists from Tufts University, Harvard University and the University of Vermont were shocked to discover a new behavior among lab-grown organic robots, which have begun self-replicating.

These organic robots, known as xenobots, are “programmable organisms” made of cells taken from the African clawed frog, or Xenopus laevis. These frog stem cells are not genetically modified, but they are combined in different arrangements to create programmable xenobots, which could eventually have myriad applications, from cancer research to environmental clean up.

“You can think about this like using the different cells [as] building blocks like you would build with LEGO or with Minecraft,” Douglas Blackiston, a co-author of the study, said in an interview with NPR.

These xenobots, assembled in petri dishes, were segmented into “Pac-Man” shapes, so they could better sweep up loose cells, as in the image above. But what they discovered was that these piles of swept-up cells would form copies of the original xenobots. Researchers are calling this phenomenon “kinematic self-replication”.

Michael Levin, a professor of biology at Tufts and associate faculty member at the Wyss Institute, noted that this type of replication does occur on a molecular level, but “we are not aware of any organism that reproduces or replicates in this way.” He added, “The distinction between a robot and an organism is not nearly as sharp as … we used to think it was … These creatures, they have properties of both.”

But sci-fi fans can rest easy, as xenobots hardly resemble anything close to a robot uprising. They are incapable of regenerating without raw material, and contain no brains or digestive systems. And a lack of genetic material means that they cannot mutate or evolve in any real way. Phew.

“We think about how long it took for life to evolve on Earth,” said Sam Kriegman, a postdoctoral fellow at the Wyss Institute and the lead author of the paper. He continued, “It’s a very long story, but here in a dish under the right conditions, we found a completely new form of replication in organisms.”