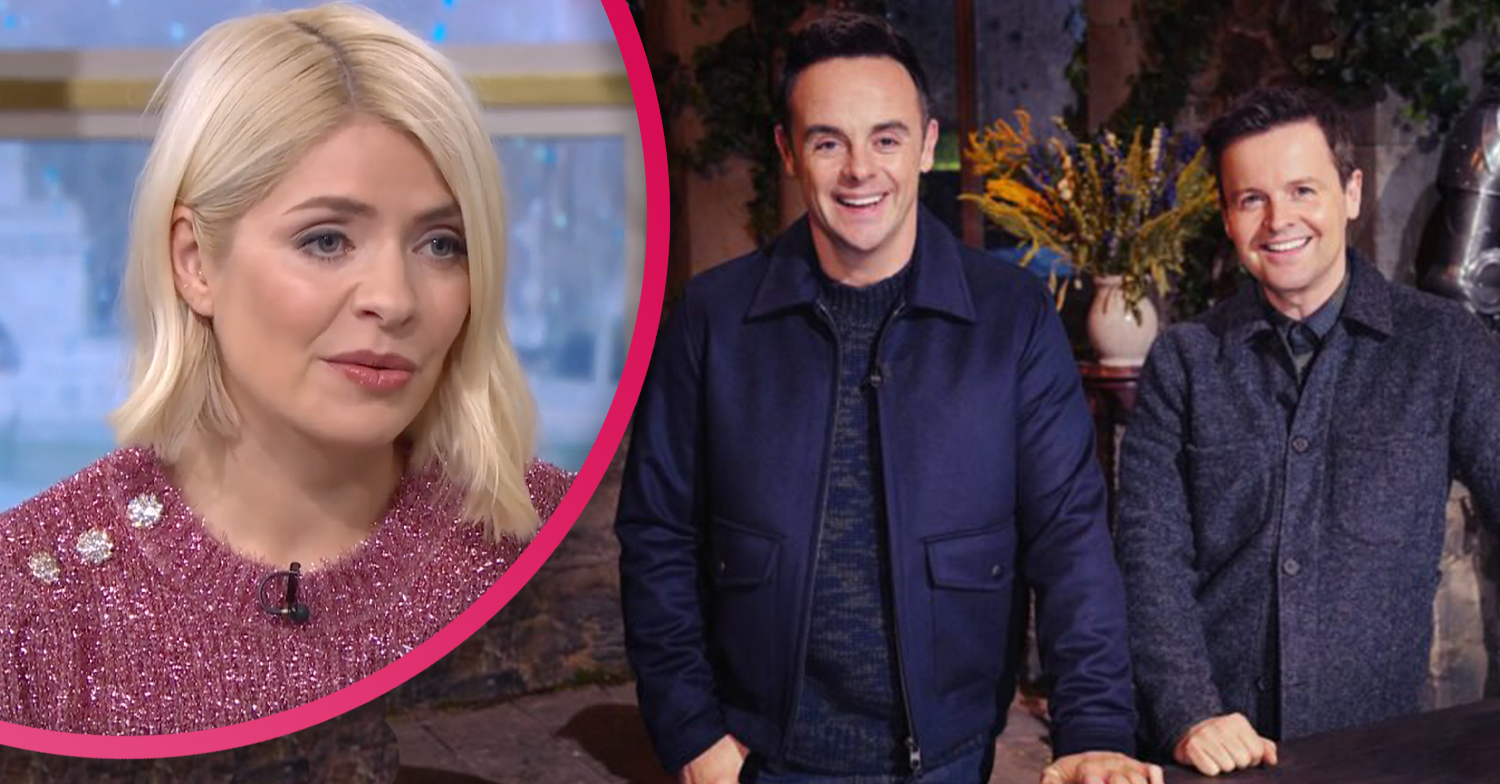 I’m A Celebrity hosts Ant McPartlin and Declan Donnelly have insisted that a brief break from the castle won’t ruin the flow of the show.

The Geordie presenters appeared on This Morning today (November 30) to talk about the return of the show.

I’m A Celebrity is back tonight on ITV at 9pm – and, it appears, the celebrities can’t wait to get stuck back in.

What did Ant and Dec say about break from I’m A Celebrity castle?

It appears the stars of the show recreated their castle conditions when they headed back into isolation.

Although they had a warm and cosy bed, a couple of the stars insisted on taking the comforts of the castle back into isolation with them.

Holly asked: “I wonder what that does to them because when they first go in, the beginning is really tough when they adjust.

“Then after the first week they adjust and start to get used to it. This is going to ruin the flow for them isn’t it?” she asked.

However, Dec was quick to clap back.

He told her: “Interestingly, they were all gutted. They’ve been in there the best part of a week and were all absolutely gutted to leave.

“They were like just get us back in as soon as you can.”

Taking the comforts of the castle back into isolation

Dec added: “Arlene [Phillips] took her sleeping bag because she’d been sleeping really well in there, back to her digs.

“Danny [Miller] has been sleeping on the floor because he’s not comfortable in the bed,” Dec said.

He added: “So they’re raring to get back in and finish the challenge.

“They’ve done a week of it and want the full experience so they’re desperate to get back in.”

Frankie does her washing before heading back in

Something will be a little different for I’m A Celebrity star Frankie Bridge as she returns to the castle, though.

Ant revealed that she’d taken her knickers back to isolation with her so that she could wash them!

I’m A Celebrity returns on ITV tonight (November 30) at 9pm.

Head to our Facebook page @EntertainmentDailyFix and tell us if you’ll be tuning in.

This TikTok-famous hot chocolate maker is just as good as Hotel Chocolat’s £99 velvetiser (but it costs less than £40)
Celine Dion Celebrates Son’s 21st Birthday With Throwback Pic: ‘We Adore You’
What to Do With Britney Spears’s Rage?
Vegan beauty products we reckon are worth the switch, according to Team GLAMOUR
Rebecca Podos