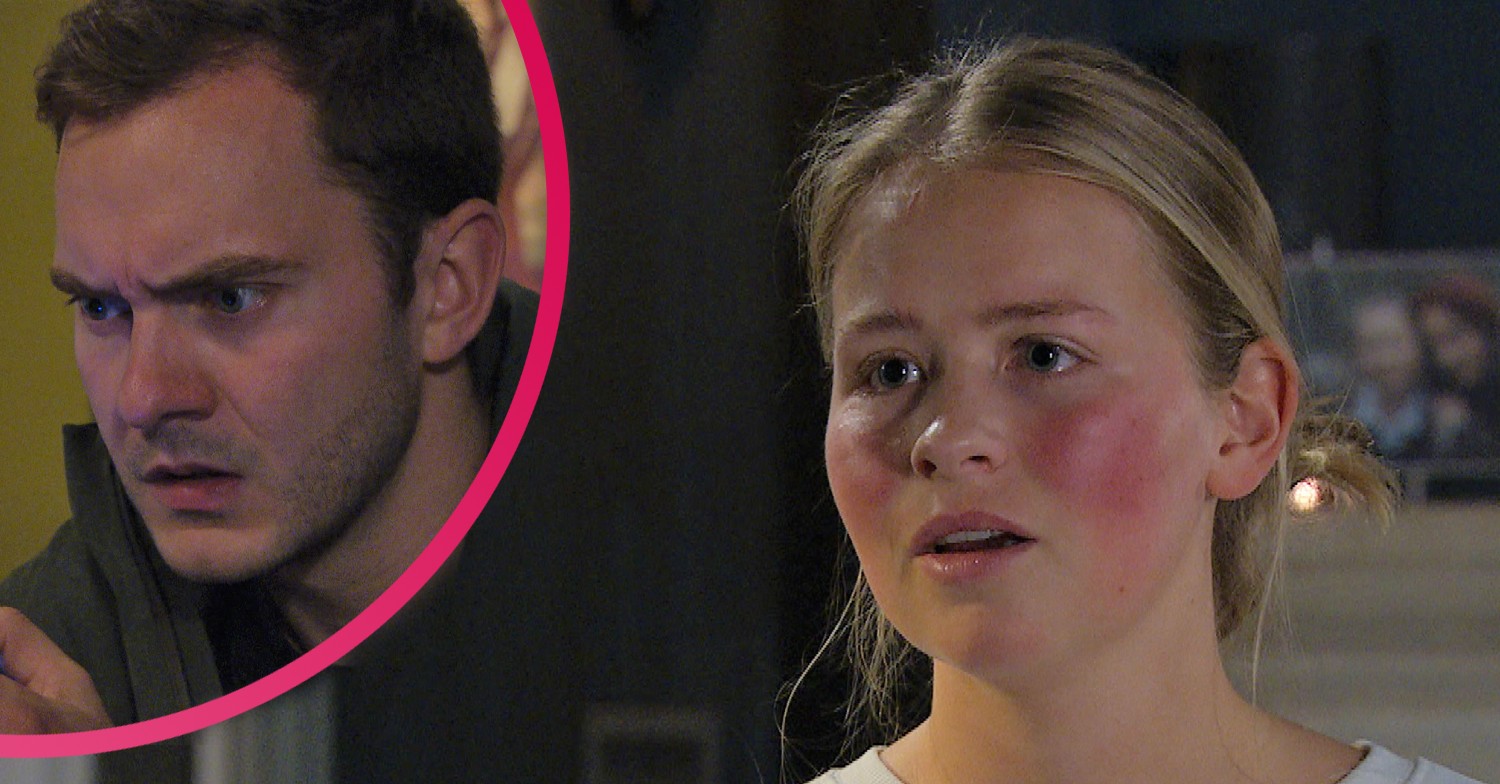 Emmerdale character Ben Tucker was murdered by Meena Jutla last week, but will Liv Flaherty get the blame?

Last week, Ben got into an argument with Liv about moving to Cornwall with Aaron.

The argument was witnessed by Laurel and when Ben told Laurel that recovering alcoholic Liv had been drinking again, she sent her home.

Later Ben found the footage of Meena trying to drown Vic, but didn’t see it was Meena.

When Meena discovered Ben and the footage, she made her way to the Hide.

Meanwhile in the Hide, Ben found a drunk Liv and they got into a scrap which Ben recorded on his phone to show Aaron.

Later Lydia saw Liv leaving the Hide drunk and Liv had a go at her when she tried to help.

The next day, Dawn discovered Ben’s body and the village learnt of his death.

Emmerdale: Lydia and the police become suspicious of Liv

They told Aaron that Ben’s phone was missing. Later police spoke to Jai and he told them about an argument between Ben and Liv.

While the detective questioned Liv, she received a call. Afterwards she asked Liv why she didn’t tell her about the row with Ben.

Later Lydia told Sam that she found Liv on the night of Ben’s murder and the awful things she said about him.

Lydia feared that Liv knows more than she was letting on about Ben. Sam said Liv was no murderer and told Lydia to keep quiet. But will she?

Emmerdale: Will Liv go down for Ben’s murder?

In spoilers for next week’s episodes it’s revealed Liv is in court.

Aaron struggles to find the strength to support her and Chas promises they will face everything together.

Aaron arrives at court and later pays Liv a visit in the sideroom before. He worries they bring each other down.

Aaron struggles to hold it together and Liv worries this is his final goodbye to her. He tells her he doesn’t have the strength to keep supporting her anymore.

Liv pleads with him to reconsider, but will heartbroken Aaron leave Liv to face her fate alone?

What do you think of these latest Emmerdale spoilers? Leave us a comment on our Facebook page @EntertainmentDailyFix and let us know what you think!