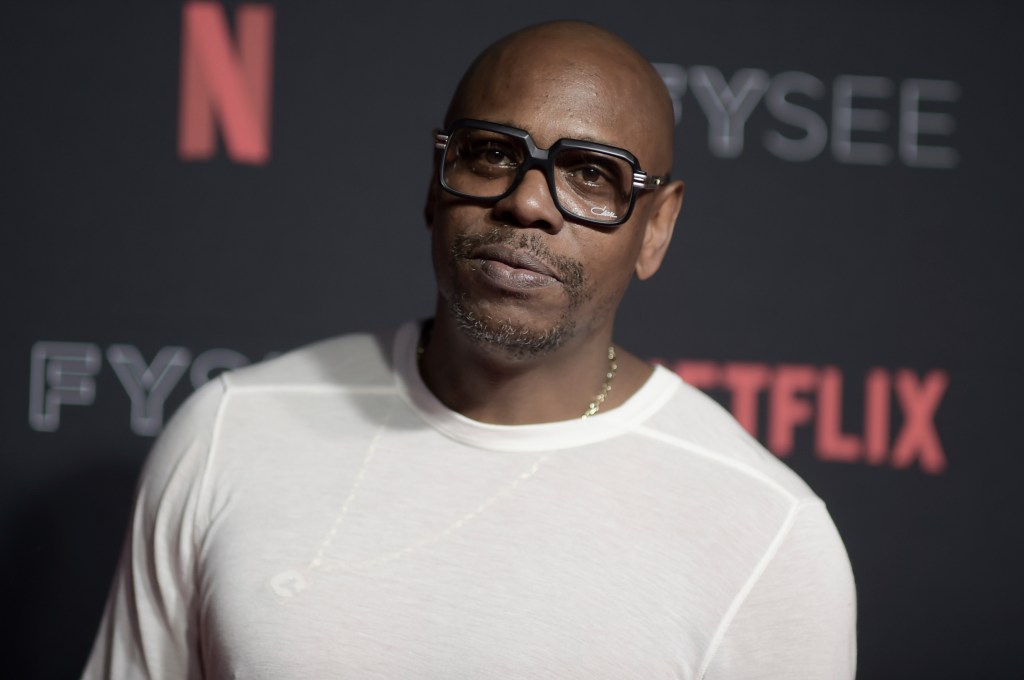 Dave Chappelle reportedly met with students at his alma mater Duke Ellington School of the Arts in Washington, D.C. on Tuesday and the reactions were mixed. Deadline has reached out to reps for Chappelle for comment.

Politico reports the comedian spoke to nearly 600 students on the heels of his controversial Netflix special, The Closer, which has been criticized for his remarks about the transgender community. The comedian addressed students after a previously announced fundraiser set for the same date was postponed due to threats of a student walkout.

The actor and comedian did not apologize for the content of his comedy routine during a q and a session after students criticized both the content of the special and his lack of maturity in handling the backlash. The story says multiple students felt Chappelle mocked them; choosing to laugh at their questions or by replying with jokes instead of responding to their concerns.

“My friend, with all due respect, I don’t believe you could make one of the decisions I have to make on a given day,” he reportedly said.

“He said these kids deserve an F for forgiveness,” Chappelle’s rep Carla Sims reportedly told the outlet. But, “Give them some space to grow. They are going to say things that are immature.”

The story says Chappelle has raised “hundreds of thousands of dollars” for the school and the fundraising event that was pushed to Aprill 22 was set to bring in more cash for a new that was to be named after Chappelle.

After hearing some of the kids were being bullied for taking a stance against the comedian, a student told Politico, “He said, ‘This is my family and whether they know it or not I love these kids. … I don’t want to hear about any threats to these kids. These kids don’t deserve that.’”

Although there was much animosity for Chappelle at the event, he also found much support from many of his teen fans. Regardless of their individual stance, he is said to have given out tickets to each student for a screening of his documentary Untitled held later that night which provided “600 Thanksgiving meals for students and staff.”