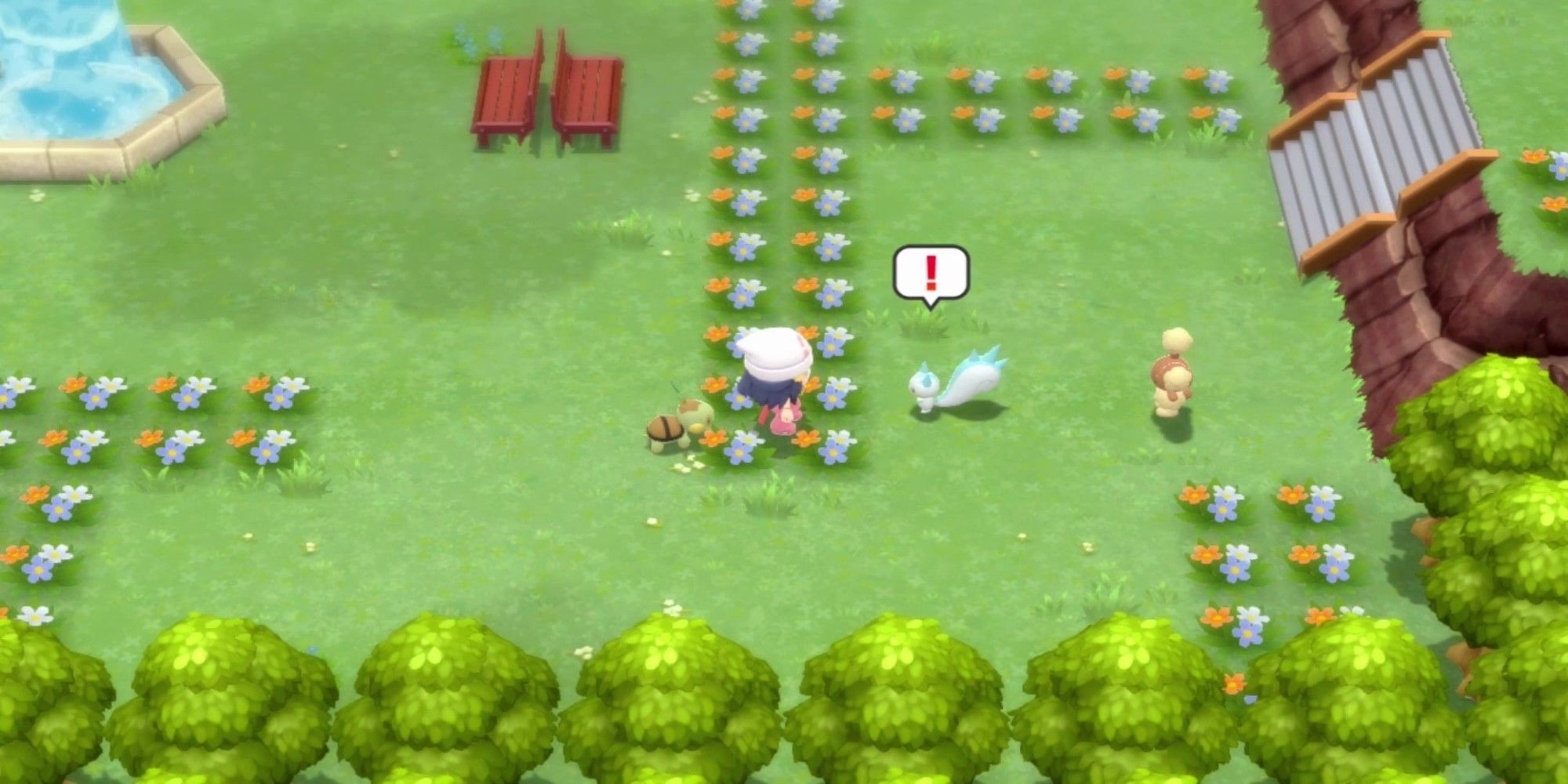 Those who have been playing Pokémon Brilliant Diamond & Shining Pearl will likely have had occasions where their Pokémon have demanded to be petted by the player, something that develops from the remakes’ friendship mechanics. BDSP welcomed players back to the Sinnoh region 15 years after the original Diamond and Pearl were released, but this time, players were met with a new experience based on advancements the series made in that time gap. Players can play through Sinnoh with Fairy-type Pokémon for the first time, for instance, and the experience share makes traversing the region easier than before.

Pokémon wanting to be petted isn’t necessarily new to the franchise, but it’s more noticeable than ever in Brilliant Diamond and Shining Pearl. Interactions such as the petting one arise after a player has been walking with their Pokémon in the overworld. This feature was introduced as early as 1998’s Pokémon Yellow in which Pikachu would walk with the player, however, it wouldn’t become a full-scale feature any Pokémon could utilize until 2009’s Pokémon HeartGold and SoulSilver. The original Diamond and Pearl games featured a select few walking Pokémon in Amity Square, but its remakes offer HeartGold and SoulSilver’s full functionality.

Once players reach Amity Square in Hearthome City in Brilliant Diamond and Shining Pearl with their Pokémon team, their Pokémon can begin following them full-time. Wanting to be petted is really one of the monsters’ reactions to the growing bond between trainer and Pokémon that’s occurring through walking together. Other examples of this growing bond even include players’ walking Pokémon giving them berries they’ve found. It’s a way to make the Pokémon world feel more personal, but it also serves an in-game purpose, too.

Pokémon In BDSP Want Pets When Their Friendship Level Is High

Being able to pet Pokémon was first introduced in 2013’s Pokémon X and Y. Players could pet and feed their monsters in Pokémon Amie, and similar features appeared again in future games, just under different names (Pokémon Refresh in Sun and Moon and Camping in Sword and Shield). BDSP compares to past remakes interestingly, because players can’t actually pet their Pokémon in the same way that Amie or Refresh allowed them to in previous entries. Instead, this prompt is an indicator to trainers that their friendship level with their Pokémon is increasing.

While this may sound superfluous, a Pokémon’s friendship level affects numerous aspects of the series’ gameplay. Certain Pokémon such as Budew and Buneary evolve once they have high friendship levels, and, unlike the original Diamond and Pearl games, high friendship levels from walking together in BDSP can lead to battle effects. For example, a Pokémon who’s walked some time with its trainer will occasionally heal its own status conditions, land a critical hit, or prevent itself from fainting. Outside of walking with one’s Pokémon, friendship levels can be risen by battling together, by feeding Pokémon Poffins, getting them massages, and by Pokémon holding Soothe Bells. Some Platinum changes didn’t make it to Pokémon: BDSP, but these features make playing through Sinnoh refreshing and new.

Pokémon wanting to be petted in Pokémon Brilliant Diamond and Shining Pearl is a sign that the friendship level between players and their partner is growing. This is important for certain species’ evolutions, but it’s also an immersive experience that allows players to develop a greater connection with their Pokémon. It’s also a continuation of past features, showing that the Pokémon franchise is always evolving, just like its monsters.

Next: Pokémon BDSP’s Character Customization Is Flat After Sword & Shield

Preston Smith (he/him) loves video games, fairy tales, and poetry. He holds an MA in English literature and has published journalism, poetry, and fiction in many outlets. A recent Los Angeles transplant, he can be found on Twitter and Instagram @psm_writes talking about his cats, baking adventures, and his new life in LA.