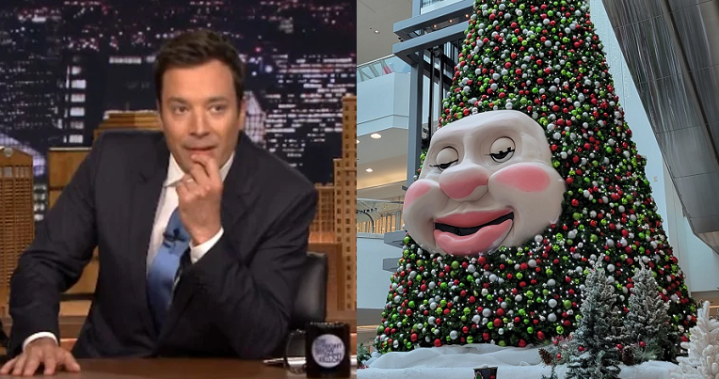 After making the rounds on social media feeds over the past few weeks, Dartmouth’s favourite talking conifer made a special appearance on late night television Tuesday night.

WATCH: Here’s a look at the Breakfast Buzz for Wednesday, November 24. https://t.co/2MdhBYt71v pic.twitter.com/EaJMlGWF00

Woody used to be a mainstay at the mall, but hasn’t been seen in 15 years. The tree’s return has been met with both happiness and confusion, with people taking to social media to talk about their memories of Woody or to make jokes about its nightmare-inducing appearance.

Our local mall Christmas 🎄 nightmare is back after 15 years.
Woody The Talking Christmas Tree pic.twitter.com/oFlm8Z5tmK

“Well, now we know what the Christmas episode of Squid Game will look like,” he said, likely referencing the giant robot doll who oversaw the game in the Netflix show’s Red Light Green Light episode.