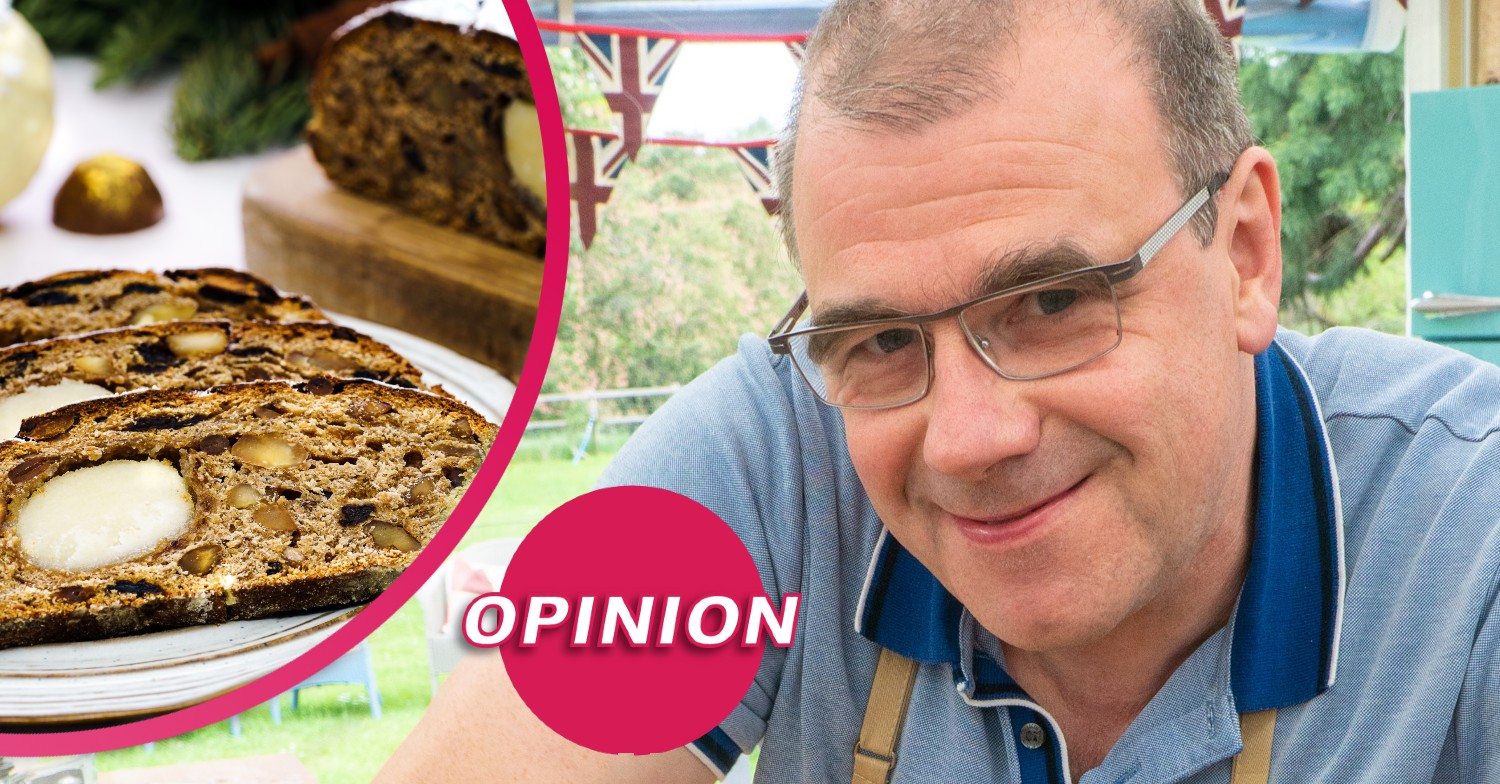 This week on The Great British Bake Off Jurgen and the remaining contestants tackle German week for the first time.

But with lovely Jurgen already a frontrunner to win the show, is it really fair to even have a German week?

It’s a big black forest gat-no from me.

Great British Bake Off: We love German baking AND Jurgen

We love German baking. The amazing pumpernickel, the lip-smacking puddingbretzel, stollen (come to mamma) and other goodies from Deutschland make the country one of the most underrated baking centres of the world.

So to have a German-themed week on one of our favourite shows is absolutely a no-brainer.

But to have it when there’s a German contestant seems a bit… unfair?

What the focaccia just happened?

We saw it earlier on in the series when bread week reared its yeasty head.

The contestants were tasked with making focaccia (yum!) and then some ciabatta breadsticks (double si!), and many of them did a great job.

Star baker that week, however, was Giuseppe – another favourite for the competition – who, ahem, proved he was someone to be reckoned with.

And no wonder. Giuseppe is not only Italian but his dad was a baker too.

He must have thought all his baking stars had aligned that week. So much so, he even received the series’ first Hollywood handshake.

We love Giuseppe, but some viewers cried foul during that week.

Who knows what viewers will say when they see Jurgen and German week.

And before you say it, this is not about Jurgen or having a German-themed week at all.

We want to see a Swedish week, a Chinese and Japanese themed week (steamed bao anyone?) and even a South American week (empanadas… oh yes).

The diversity in baking around the world is something the show should absolutely embrace and challenge the contestants with.

And, when it comes to Jurgen, we adore him.

His brilliance in the kitchen is there for all to see, and he’s a lovable character too (his eyebrows are amazing, for a start).

But when it comes to having themed weeks that, on the face of it, provide an advantage to a particular contestant, it doesn’t seem fair.

Perhaps we should have had Swedish week this week, and held off on German week until the next series.

Vinegar Syndrome Celebrates Black Friday With Secret Title Reveals and 50% Off Most Releases!
BBC One Game Show ‘This Is MY House’ Gets Season 2; Creator Richard Bacon Eyes U.S. Version
Lady Gaga Shines in the Curiously Drab House of Gucci
‘Monarch’: Jon Feldman Named Showrunner, Replacing Michael Rauch On Fox Family Drama Series
Lisa Brown Dies: Actress Most Known For Her Roles On ‘Guiding Light’ And ‘As The World Turns’ Was 67