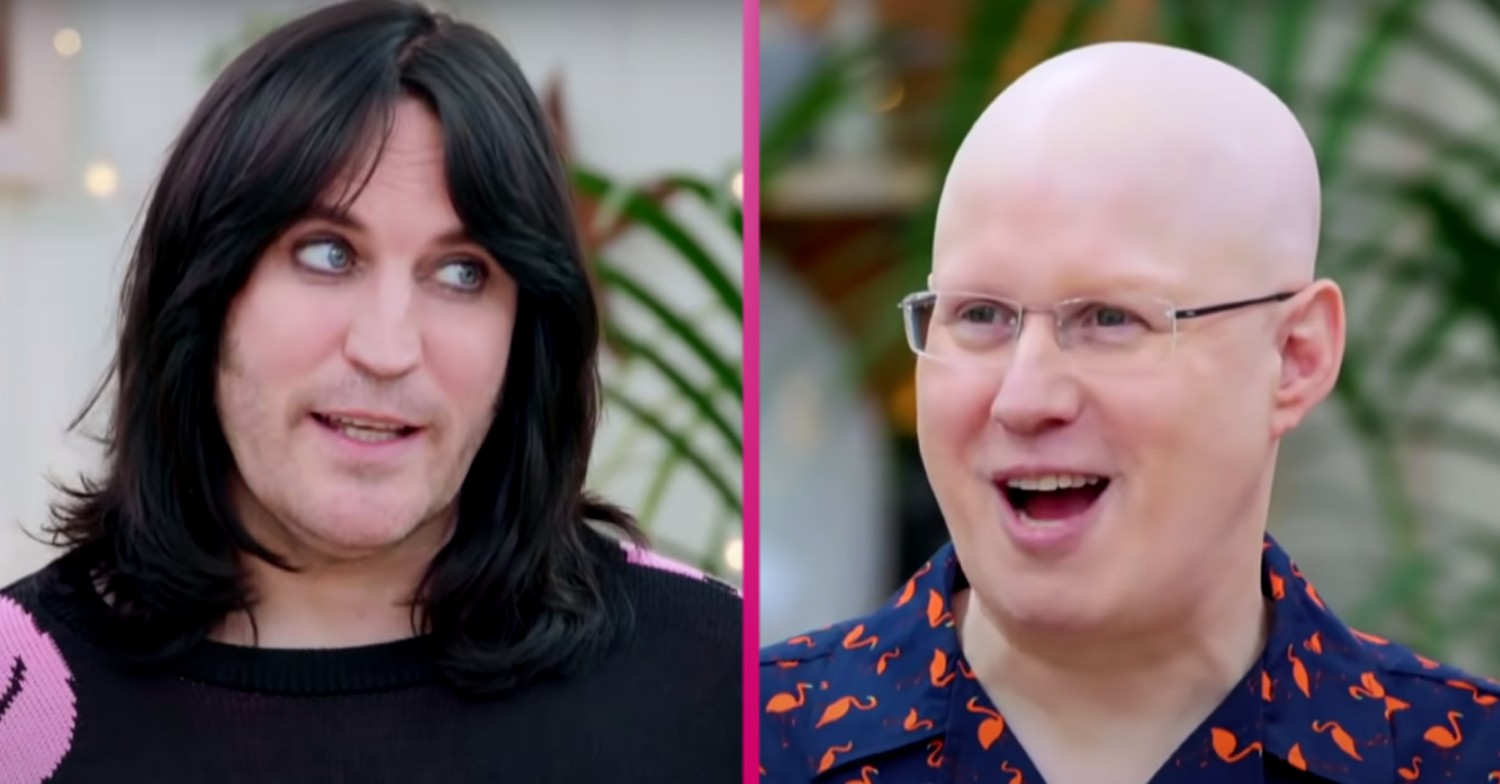 Some Great British Bake Off fans reckon it is time for hosts Noel Fielding and Matt Lucas to move on.

The comedic hosts are much loved by many of the millions that watch the Channel 4 show week after week.

But not everyone watching at home can stomach their zany, offbeat presentation and have called for them to be axed.

Why do viewers wanted Bake Off stars Noel Fielding and Matt Lucas gone?

One unhappy viewer commented on Facebook how they felt neither of the pair are amusing.

They also claimed neither host has much value in their eyes.

The fan complained: “Please get rid of Matt and Noel.

“They’re not in the least bit funny and are highly pointless.”

How did other fans react?

Several other Facebook users showed they agreed with the remark by giving it a thumbs up ‘Like’.

A few people even endorsed the comment with a ‘Love’.

But other fans were angry with the criticism and leapt to the pair’s defence.

One person who agreed with the original claim suggested previous Bake Off regular Sandi Toksvig was a better presenting partner for Noel.

They are really spoiling it with their stupid antics.

They concurred: “I know what you mean. I didn’t mind Noel when he was with Sandi, she seemed to rein him in.

“But with Matt they are really spoiling it with their stupid antics.”

That sentiment was echoed by a Twitter user who reasoned: “I hope you guys have better balance with hosts next year.

“I like Noel and Matt, but their humour is too same-same and it’s affecting the show overall.

“You need someone to contrast Noel, not echo his style.”

One wrote on Twitter: “Petition to get rid of Noel and Matthew on Bake Off.”

Another added: “For the love of God, Channel 4, offer Mel and Sue all the money in the world to come back to #GBBO so we can finally be rid of Noel Fielding and Matt Lucas.”

However, others responded by saying both Noel and Matt tickled them greatly – and have a great rapport with the contestants.

One person wrote: “I love Noel and Matt. They are funny, intelligent, and the bakers seem to like them.”

And another insisted: “I happen to adore Matt and Noel and probably wouldn’t watch this show if it weren’t for the silly bits of the presenters.”

Who would replace Noel and Matt?

Others scoffed at the idea of changing the line up – especially if that meant returning to how the show was previously.

“You might as well say bring back Mary Berry,” sighed one commenter.

Read more: The Great British Bake Off: Who is judge Matt Lucas and how much is he worth?

And another continued on, possibly referring to Mel and Sue: “I miss Mary but I don’t miss the old hosts. Kudos to her, though for staying with the BBC.”

Who would you like to replace Noel and Matt if they left the show?

The Great British Bake Off continues tonight, Tuesday October 19, on Channel 4 from 8pm.

“There Was a Lot of Bragging About How They Were Friends With Essentially Everyone”: The First Accuser in the Ghislaine Maxwell Trial Takes the Stand
The Sneak Kingz Are Doing the Burger King’s Bidding by Collecting Every Copy of Sneak King They Can Find
Jimmy Kimmel Skewers Those Attacking Dr. Fauci For Trying To Keep Us Alive
Recycled live ammo may have been on ‘Rust’ movie set amid fatal shooting: documents
Alec Baldwin Not in the Clear on ‘Rust’ Investigation, D.A. Reacts to Interview