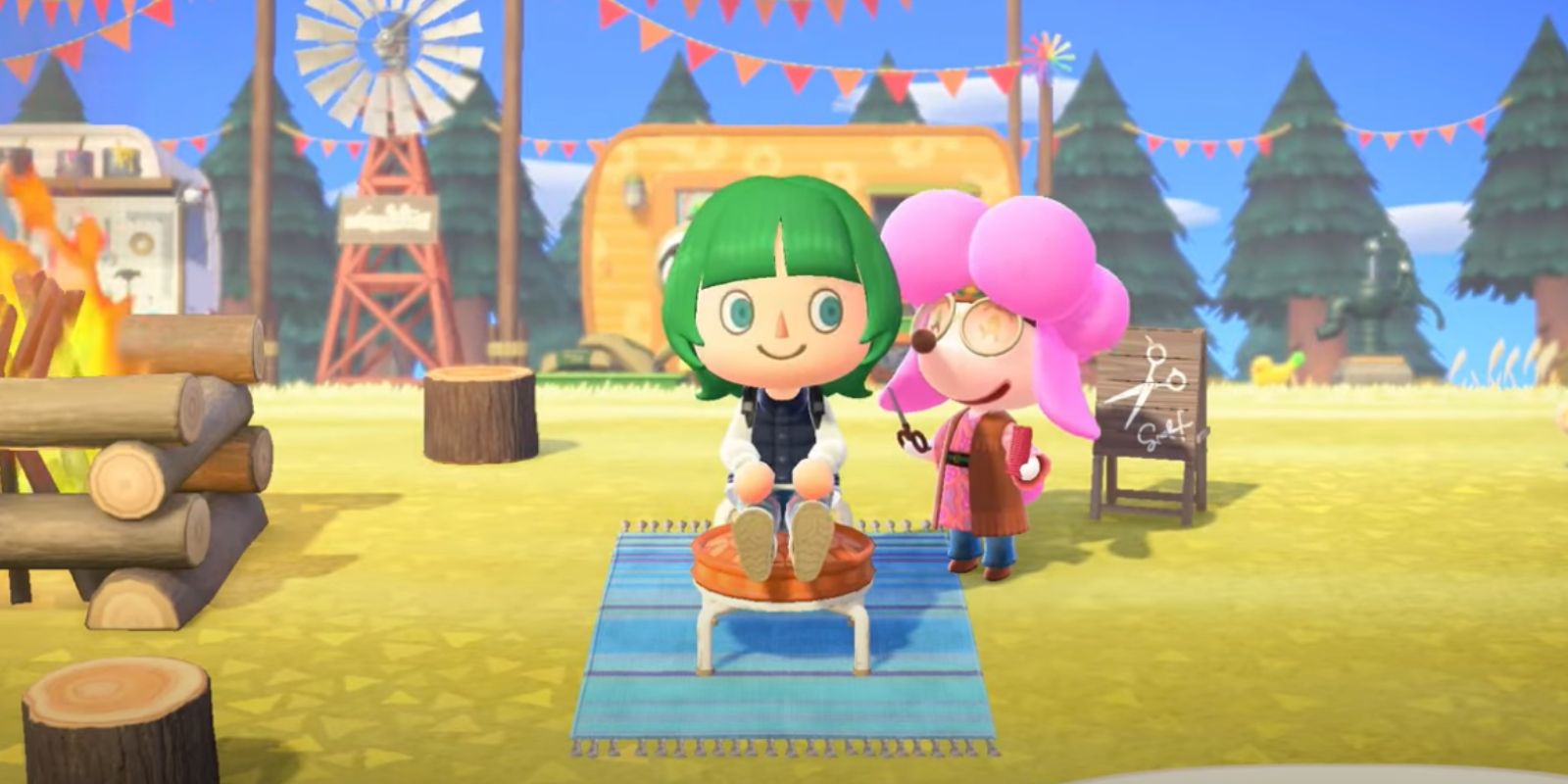 The latest update to Animal Crossing: New Horizons was just announced on October 15, and there’s plenty of exciting new content coming to the game in the near future, including a wide range of fashionable hairstyles that can be obtained through multiple methods. The update is scheduled for November 5 and will be free for all players to install, although a paid DLC will also be releasing on the same date.

The news of this update comes as a result of October’s Animal Crossing Direct, which was announced just a week or so before and hinted at some of the upcoming content – including the return of fan-favorite NPCs such as Brewster. New shops, furniture, reactions, crops, and more are just a few of the other features being introduced with the free update, which is the first significant content New Horizons has gotten in a long time.

Another returning NPC, who will be showing up alongside characters like Tortimer and Kapp’n who have been missing from the game since its launch in March 2020, is Harriet. Harriet’s role in former Animal Crossing games saw her running a shop named Shampoodle, where players could go to style and dye their hair unique colors. The shop was removed from New Horizons, likely because players are now able to change their hairstyles in New Horizons whenever they like by utilizing a mirror, but November 5th’s update will be adding Harriet’s services back in alongside a bonus pack of new hairstyles.

The Top Fab 4 pack includes four new hairstyles in total, including a loose braid that should be perfect for any potential farmers looking to harvest Animal Crossing‘s new crops.

A short middle-parted hairstyle is also available, which is a great choice for any fashion-forward players looking to spice up their character’s fall look.

The pack includes a textured high bun, which is a welcome move given just last fall Nintendo introduced another pack of hairstyles to add more inclusive options to the game.

Top Fab 4 also introduces another short buzz cut for Animal Crossing: New Horizons‘ players to utilize, which should prove to be versatile when it comes to wearing hats and other head accessories.

The Hairstyles by Harriet set adds seven more hairdos to Animal Crossing: New Horizons, the first of which is an elegant above-the-ears cut.

Even shorter still is the touseled look that’s added alongside the other new hairstyles.

A longer option includes different layers as well as bangs, which should be a fun and versatile hairstyle for Animal Crossing fans to try out.

Another short look is fairly similar to the middle part introduced in the Top Fab 4 set, though this hairstyle sweeps more to one side.

Hairstyles by Harriet adds a cute bob cut, which just covers the player character’s ears and would look great paired with a scarf or autumn jacket.

One longer option features hair that’s half up and half down, including a bun on the top of the head.

Lastly, this new Animal Crossing hairstyle includes two buns looped on the side of the head.

There are plenty of options to choose from in terms of new looks thanks to the latest Animal Crossing: New Horizons update. And that, alongside the multitude of brand new features coming to the game when it updates, should provide something for most fans to enjoy. Thankfully, the update and paid DLC are arriving in just a few short weeks.

Next: Animal Crossing’s Last Free Update Isn’t The Death Of The Game

Ky Shinkle is a Senior Gaming Features Writer for Screen Rant as well as an overall avid gamer and writer. Her prior experience is primarily that of a narrative designer for video games, although her writing has covered all formats from screenplays and novels to stage scripts. A graduate of the Savannah College of Art and Design, when she isn’t writing she works on digital media projects and other types of fiction writing. Ky currently works out of Ohio and enjoys spending her free time either playing RPGs or running with her dog.