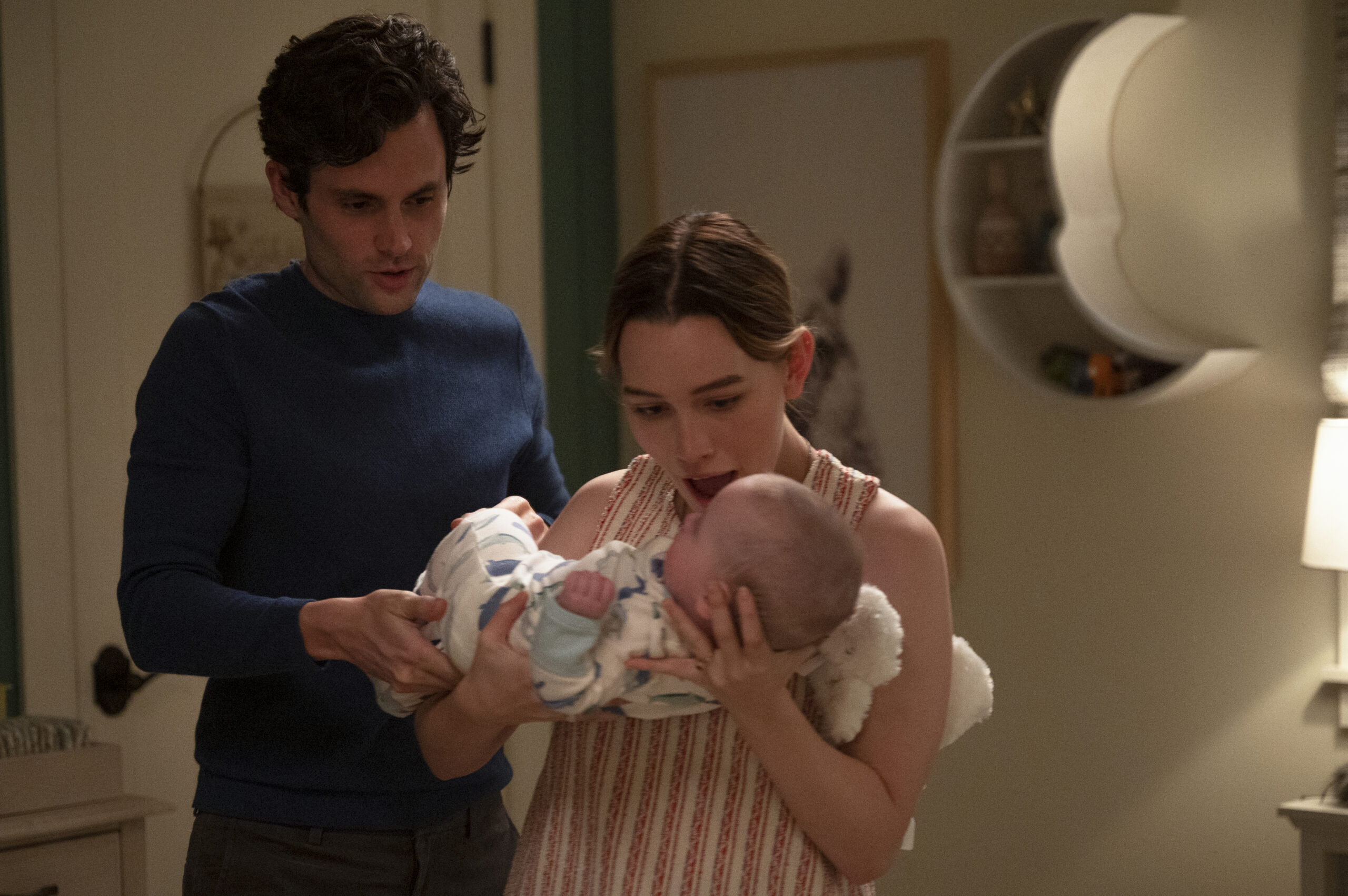 **Warning: Major You season 3 spoilers ahead**

Oh Joe – you may be incredibly good looking, but by god you’re a psychopath.

The Netflix serial killer series proved to be as bonkers as ever for its third outing, with Joe (Penn Badgley) finding his perfect match in Love Quinn (Victoria Pedretti).

But, seeing as Love is just as unhinged as him, a perfect match does not equal a happy ending.

Things were never going to end well – but season three threw in some seriously twisted moments right til the end.

And with season four confirmed and on the way, it’s just about to get creepier.

So, throughout You season 3, we see that Joe and Love’s marriage is, essentially, built on violence and lies.

Bonded by their baby Henry, they are hanging on by a thread in the suburbs, hiding their true selves behind a white picket fence.

Joe starts falling for Marienne, his boss at the library – and starts to plan his way out.

Which would be easier if his wife wasn’t a raging psychopathic killer who had already killed the neighbour for kissing him.

Marienne isn’t easy either, currently tied up in a custody battle with her emotionally abusive ex-husband.

So… Joe kills the ex husband and stages it as a mugging gone wrong. Naturally.

Love isn’t stupid though, and realises her husband is hiding something. When she finds his blood-soaked shirt, she starts putting pieces together.

Read more: YOU season 3 on Netflix: Who was Mark Blum? Episode one dedicated to late actor

In another bid to win him over, she drugs him at dinner the night he tells her he wants a divorce.

Turns out this isn’t the first time she’s done this, and she’s been growing poisonous plants in the garden for this very reason. Like we said, trust issues.

With Joe paralysed on the floor, she calls over Marienne in an effort to kill her. Only she has a change of heart upon realising Marienne’s daughter is with her.

Instead, she spills all of Joe’s obsessive killer secrets, and tells her to make a run for it.

With Joe’s new ‘love’ out the door, Love turns her attention back on her cheating husband – and starts sharpening a meat cleaver.

You season 3: The final showdown

Deciding to kill her husband ‘after everything she’s done for him’ (which on this season alone includes a body count of two and shoving their Instagram-loving friends in a holding cell at her bakery), Love goes for his throat.

Only, he’s a little ahead of her, having spotted the poisonous plants and giving himself adrenaline to counteract it before it could fully take effect.

Injecting her, he deliberately makes her overdose. With one last monologue, Love is dead.

He then sets the scene to make it look like she had killed him, even cutting off his toes and shoving them in a pie for effect (ew.)

Creating a suicide letter on her behalf, he then burns his house to the ground, leaving his old life behind.

In one final act of kindness, he leaves son Henry for a better life with two neighbours, Dante and Lensing, who had been desperate to adopt.

With Love taking the fall for all of her crimes and Joe nowhere to be seen, the town assume he’s dead.

In a classic 21st century twist, they become Ted Talkers and use their time locked up as a means to sell books. Classic.

Even Love’s teenage lover Theo manages to get his life back on track.

As for Joe? Last we see of him, he’s in Paris – searching the world for either Marianne, or a brand new obsession to lust over.

God help her either way.

You is available now on Netflix.

‘House of Gucci’ review: Lady Gaga and cast at their campiest in lush melodrama
Book Riot’s Deals of the Day for November 27, 2021
Waukesha Parade Suspect Brooks Charged with 5 Counts Intentional Homicide
This new colour correcting hack for spots and skin blemishes is going to blow your mind
Here Are the Netflix Movies Coming in December – and No, They’re Not All About Christmas