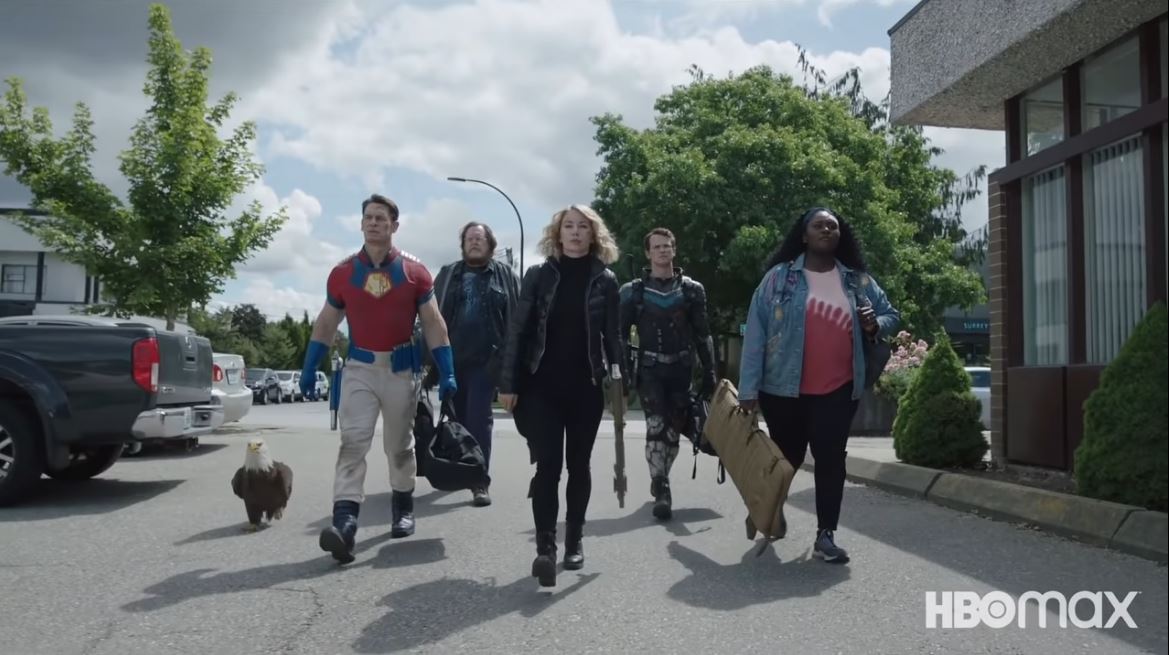 The first full trailer for HBO Max’s Peacemaker series dropped today during DC FanDome, giving us a closer look at James Gunn’s manic follow-up to The Suicide Squad. The series follows John Cena’s Peacemaker aka Christopher Smith, as he is recruited to join a special ops team for the NSA. Cena, who has found a breakout role in the awkward, short-tempered assassin, finds himself embedded with a new team, made up of The Suicide Squad alums tech guy John Economos (Steve Agee) and NSA handler Emilia Harcourt (Jennifer Holland).

Joining their team are new recruit Leota Adebayo (Orange Is the New Black‘s Danielle Brooks) and fellow wannabe superhero Vigilante (Freddie Stroma). Heading up the squad is Clemson Murn (Chukwudi Iwuji). The squad works to reform Peacemaker, channeling his skills for the greater good while mocking his aggressively awkward take on toxic masculinity.

If the trailer is any indication, it will be Peacemaker’s relationship with Leota that breaks through to the lonely, self-isolating superhero. “There’s something about him that’s sad,” she says in the trailer, echoing director/writer/creator James Gunn’s take on the character. Gunn had previously said of Peacemaker, “To me, Peacemaker is the saddest character in the whole thing. He has the most difficulty connecting to another human being because he doesn’t feel like he belongs.”

Leota continues, “You use being a jerk as a way to push people away … but if you drop that, people might actually like you.” The trailer also gives us a glimpse of Peacemaker’s father (played by Robert Patrick), whose cruel parenting style shaped Peacemaker into the avatar of toxic masculinity that he is today.

And of course, there’s plenty of kicking, punching, falling, and Cena dancing around in his tighty-whities.

Peacemaker’s journey from bombastic macho killer to real relatable human being will be a fascinating journey to watch, and I’m excited to see our understanding of the character expand. Peacemaker the series will obviously feature plenty of violent action. But I’m more interested in how it unpacks the toxic psychology of Cena’s alienated vigilante.

What do you think of the Peacemaker trailer? Are you excited for the series? Let us know in the comments!