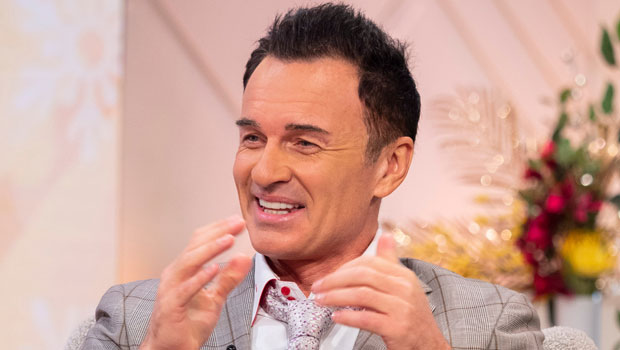 Julian McMahon is best known for his famous roles in ‘Charmed’ and ‘Nip/Tuck’, but did you know he’s also a proud father? Meet his daughter, Madison!

Who doesn’t remember the early to mid 2000s when Julian McMahon dominated television screens across the country for his roles as Cole Turner in Charmed, and Christian Troy in Nip/Tuck? The tall, dark and handsome heartthrob is Australian-American and is the son of former Prime Minister of Australia, Sir William McMahon. Julian got his first big break on NBC soap opera Another World in 1993 when he was cast as Ian Rain. He then went on to play leading roles and eventually marry three times. He is also a proud father of one: a daughter named Madison Elizabeth. Here’s everything to know about her!

Who is Madison Elizabeth?

Madison Elizabeth McMahon was born on June 10, 2000. When her parents broke up when Madison was about a year old, she went on to go live with dad. And ever since – she’s been a daddy’s girl! Madison and her father have a wonderful father-daughter relationship and it certainly shows in her colorful Instagram. Madison constantly cheers on her papa and all of his projects, including Julian’s latest role as Jess LaCroix in the CBS crime drama FBI: Most Wanted. “Happy father’s day dad. you are my everything always. no light shines brighter than you,” Madison said in a touching Father’s Day post dedicated to Julian on June 21, 2020.

Are Madison’s parents together?

No, Madison’s parents are not romantically involved anymore. Her dad Julian was first married to Australian singer and actress Dannii Minogue, sister of pop sensation Kylie Minogue, after meeting on the set of soap opera Home & Away in 1991. They got hitched in 1994 but divorced 18 months later. A few years later in 1999, the FBI: Most Wanted star married Baywatch actress Brooke Burns. The following year, the couple welcomed Madison, though they would end up splitting in 2001. Nevertheless, Julian would go on to find love again with current wife and fellow Australian Kelly Paniagua, an actress and television personality, who he married in 2014.

Where does Madison live?

Not only does Madison have a great relationship with her step mom Kelly, but she seemingly travels around the world with the pair. While the family resides primarily in the United States, which is where her dad has lives since the 1990s, they are very much still an Australian family. “I feel like I’m Australian on the inside and American on the outside or something,” Julian has been quoted as saying. “I would never want to leave it behind either. I love Australians, Australianisms, I love my part of being Australian. I love where I grew up and how I grew up and, you know, I wouldn’t change it for the world.”

Sadie Sink on Showing a ‘Different Side’ of Max in Stranger Things 4 and Her Love of Kate Spade
Patricia Field, AKA Emily in Paris’s stylist, opens up about working with Lily Collins, the Carrie Bradshaw comparisons, & her plans for season three (!)
Josh Duggar Computer Password May Be the Key to His Trial
Faith Evans Loved Performing on ‘Masked Singer,’ Still Hanging with Stevie J
Shawn Mendes Drops Heartbreaking Breakup Song ‘It’ll Be Okay’ After Camila Cabello Split