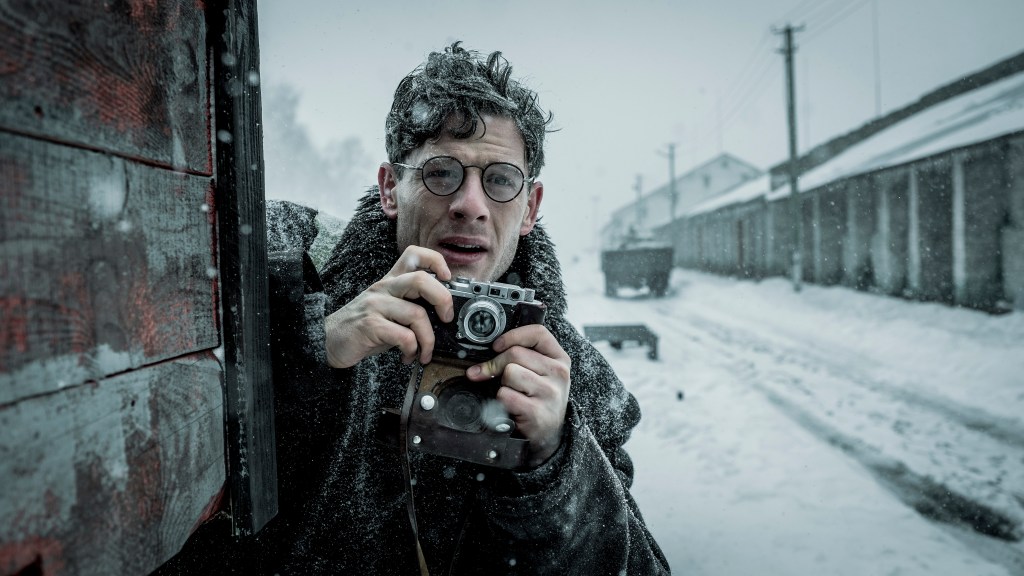 Masked men stormed a Moscow showing of Agnieszka Holland’s film Mr Jones yesterday night, chanting “Shame on the Motherland” as they took over the stage.

In footage posted on Twitter, the group of what appeared to be around 20 people took to the front of Moscow’s Memorial Human Rights Center, where the film was being shown.

The 20-second clip shows them repeatedly chanting “Shame on the Motherland” in Russian.

The Center’s lawyer Irina Sherbakova told The Guardian  that police were called and the authorities handcuffed the entrance doors to its office, locking staff and attenders of the screening inside for hours.

“This isn’t the first and it won’t be the last attack on us,” she added.

Holland’s biographical thriller was released in 2019 and starred James Norton as Gareth Jones, a young journalist dispatched to the USSR in the 1930s to discover evidence of the Holodomor – the great famine in the region that killed millions of Ukrainians. It also featured performances from Vanessa Kirby, Peter Sarsgaard and Kenneth Cranham.

‘Blade’ – Mahershala Ali Comments on His Unique Debut Appearance in the Marvel Cinematic Universe
Book Riot’s Deals of the Day for December 2, 2021
You Don’t Know Me episode one review: Six pressing questions we have after watching
Fans frenzy over Tim Hortons’ newly dropped Justin Bieber merchandise
Audrey Hepburn’s Legacy: Everything To Know About Her 2 Children & 5 Grandkids