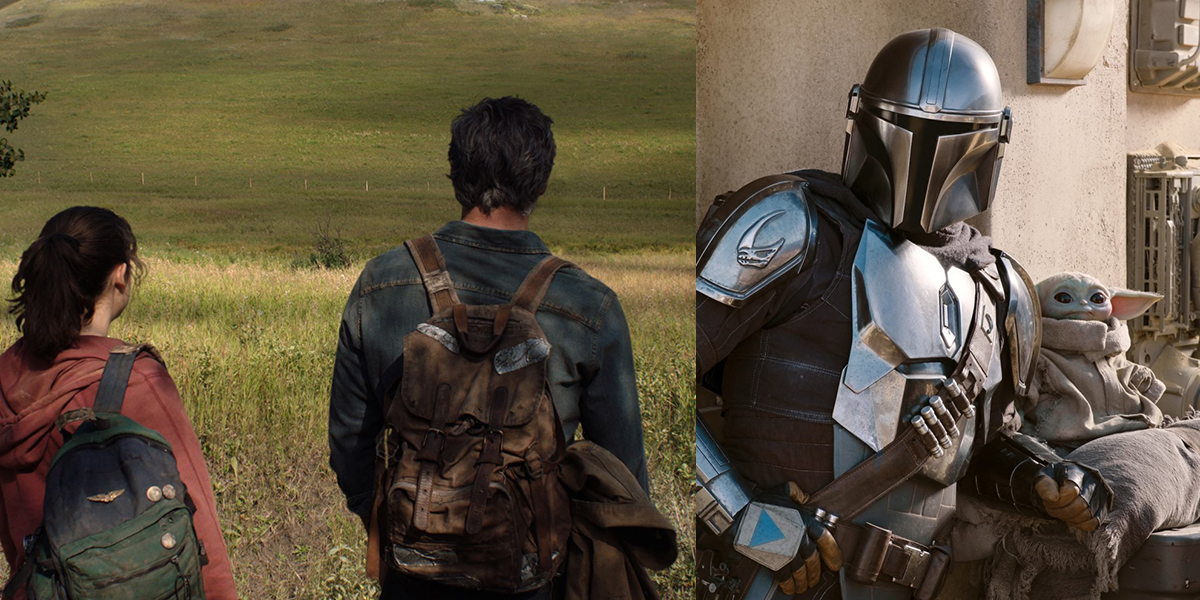 It’s been a good day for those of us who love crumbs of what Pedro Pascal is doing. The actor is a busy man, jumping from city to city to film movies and television shows, and now we’re getting a bit more of a look into both HBO’s The Last of Us TV series and the third season of Disney+ Star Wars series The Mandalorian!

While he is currently filming The Last of Us in Canada, the actor isn’t just on one highly anticipated show, and Carl Weathers told the internet that season 3 of The Mandalorian is underway in Los Angeles—which makes sense seeing as Pedro Pascal doesn’t have to be on set for the show, as he can do voiceover work (like he did during season 1). But today has been a good day for fans of Din Djarin and Joel Miller!

First, we got a somewhat grainy picture of Pedro Pascal walking to set in his Joel Miller costume.

It’s funny because all of the Joel Miller/Pedro Pascal fans (myself included) have been talking about this picture and how good he looks when it is blurry and grainy. But we take what we can get until Pedro Pascal posts a selfie as Joel or is shown on the set of The Mandalorian.

Either way, I love days where the news is just all of Pedro Pascal’s work being talked about. A good day for me.

Here are some other things we saw out there today:

Anything we missed out there, Mary Suevians? Let us know what you saw in the comments below!