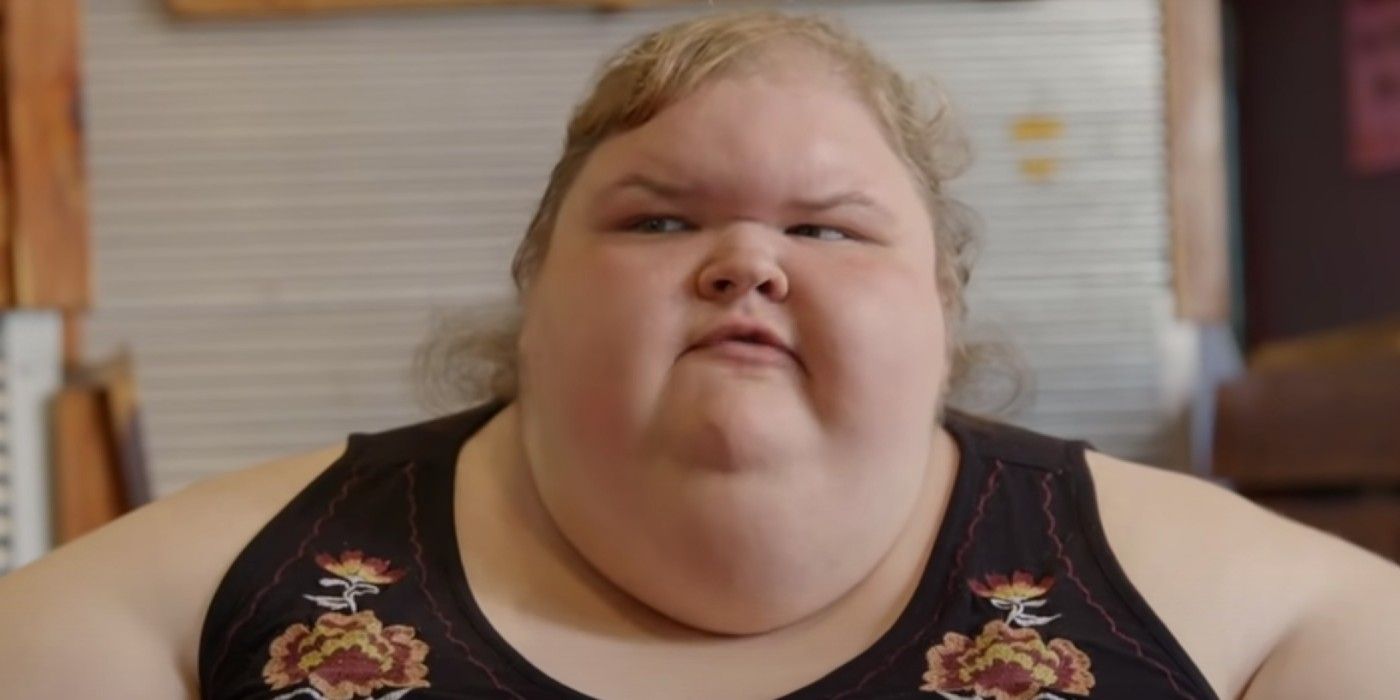 Tammy Slaton has faced a myriad of health issues throughout her journey on 1000-lb Sisters, and one complication that fans don’t discuss as much is Tammy’s teeth crisis. Weight loss has been the primary goal of Tammy and Amy Slaton during their few years on reality television, but it’s about time the pair focus on Tammy’s dental dangers. From her infrequent tooth brushing habits to her allegedly lying about how she lost two teeth, here’s everything there is to know about Tammy’s confusing tooth situation.

Tammy hasn’t been the most successful at gaining more control over her life during her run on 1000-lb Sisters. Tammy and Amy agreed to star on the reality show because they decided to use it as an opportunity to motivate themselves to lose weight. Tammy’s weight has been responsible for many of her health complications. From blood clots in her lungs to pneumonia, Tammy has had more than her fair share of death scares on 1000-lb Sisters. In fact, when attempting to qualify for bariatric surgery with Dr. Procter, Tammy was told that it wasn’t likely she’d live much longer without significant change. Although Tammy’s weight has resulted in many life-threatening conditions, Tammy’s dental care is also in need of monumental improvement.

In 1000-lb Sisters season 2, Tammy and Amy’s brother Chris Combs makes his debut on the show. Although Chris hopes to qualify for bariatric surgery like his sisters, he also carved out time to help take care of Tammy. One stop Chris made on his journey to improve his sister’s health was the dentist. While at the dentist, however, Tammy made a shocking revelation that disgusted many of the Slaton sisters’ fans. Tammy shared with her dentist that she tries to brush her teeth twice a week. As an adult, it’s pretty hard to believe that Tammy Slaton can’t manage to brush her teeth more than two times every seven days. Additionally, Tammy’s use of the word “try” implies that she has likely had some weeks that she’s brushed her teeth only once, if at all.

As most things are with the 1000-lb Sisters star, Tammy’s tooth situation was more complicated than it seems. On top of barely brushing her teeth, viewers notice that Tammy has two teeth missing. On the show, Tammy explained that she lost her teeth during an incident in third grade. Tammy attested that she fell and her mother never took her to get her teeth fixed. 1000-lb Sisters sleuths have alleged that Tammy isn’t being straightforward about what happened to her missing teeth. According to SoapDirt, new pictures have turned up online that contradict Tammy Slaton’s timeline of events. SoapDirt explained that in a yearbook photo and “it’s clear that she’s got two fangs.” Additionally, another photo taken when Tammy was clearly older than a third-grader also features Tammy smiling with all teeth still intact.

It’s unclear what has caused Tammy to neglect her dental health so extremely, but it’s evident that the reality star doesn’t have any intention to improve her mouth’s wellbeing. From only brushing her teeth twice a week to possibly lying about how she lost two of her choppers, Tammy’s tooth dilemma is another puzzling chapter in the Slaton family’s lives. Hopefully, Tammy will give her teeth a little bit more love and toothpaste on 1000-lb Sisters season 3.

Next: 1000-Lb. Sisters: Why Tammy Has To Constantly Debunk Death Rumors

Christopher Davis is a freelance reality TV writer for Screen Rant. Since his graduation from Emerson College with a degree in visual and media arts back in 2019, Christopher has pursued the ever-evolving field of entertainment journalism. In his free time, Christopher loves to write, rewatch old seasons of RHONY, and work on his death drop.

Kanye West Wears Creepy White Face Mask in NYC
‘The Accursed’ Trailer Unearths a Family’s Buried Secrets [Exclusive]
Everybody in the Red Brick Building
Need a new TV show for your next sofa sesh? Here’s your guide to the best series to watch on Netflix right now
EastEnders spoilers: Next week revealed in all-new pictures – October 25-29