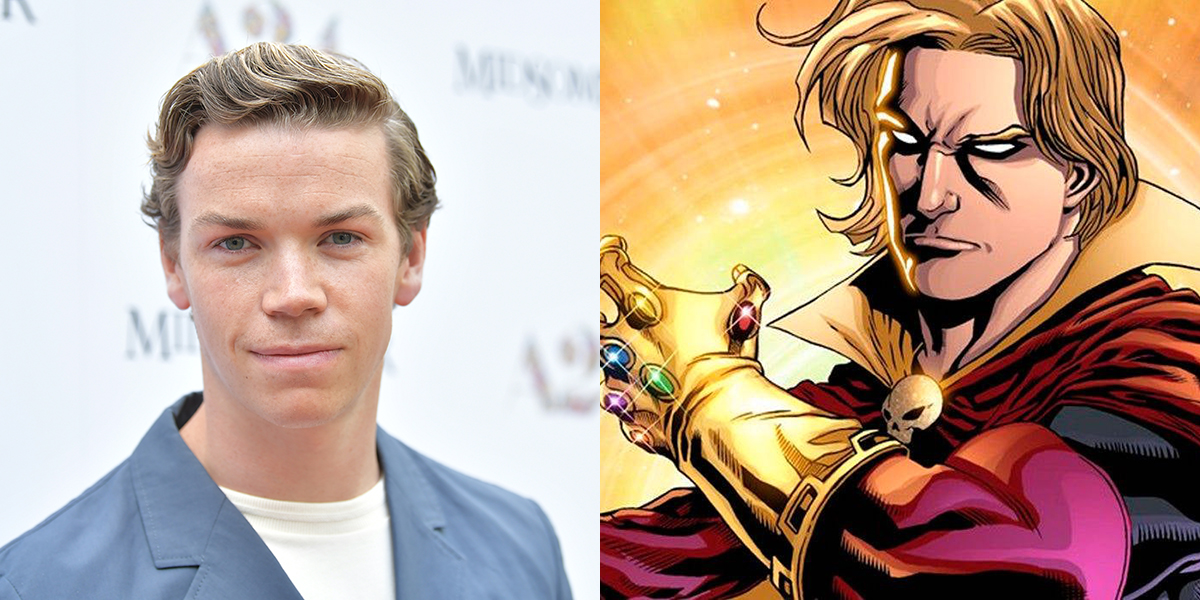 Guardians of the Galaxy Vol. 3 just got a whole lot funnier, in that Will Poulter is joining the Marvel Cinematic Universe as Adam Warlock! Described as the “perfect human being” by the researchers who made him, Warlock is a complicated figure as he does not understand the human experience or life in general, being created by the Enclave. Luckily, Thor was originally there to set him straight when he kidnapped Lady Sif, and thus began his rebirth and evolution into the Adam Warlock many of us know.

Getting to see this character enter into the world of the Marvel Cinematic Universe and grow with Poulter at the helm is going to be fascinating, and what better world to bring him into than Guardians of the Galaxy! Especially since the last we saw of them, Thor was with them!

As you guys know I often strike down false rumors, so… um…

Welcome to the Guardians family, Will Poulter. He’s an amazing actor and wonderful guy. See you in a couple weeks. #AdamWarlock #GotGVol3 https://t.co/RaNeGDIC0E

Twitter shared its excitement for Will Poulter as Adam Warlock.

in celebration of will poulter getting casted as adam warlock, here’s his most iconic moment pic.twitter.com/7hmZcOIvmv

yes, will poulter is an amazing choice for adam warlock (!!!!) but he’s even better as live-action sid phillips pic.twitter.com/Pa3zDNBUKJ

I generally trust comedic actors to juggle bold brazen tones & worlds within their dramatic characters and #AdamWarlock is certainly that! Stoked to see what #WillPoulter brings pic.twitter.com/b8Xu6vU3Jw

Of all people, did not expect Will Poulter. I would have assumed Zac Efron perhaps. But that’s the fun about these castings, the unexpected nine times out of ten are better than what you imagine. https://t.co/iXhbV9icie

I don’t know much about Adam Warlock but it’s great to finally have him in the mcu. Will Poulter is a brilliant actor so I’m sure he’ll do him justice on the big screen pic.twitter.com/Hpc87j4qty

Fellow actors on the shortlist for Adam Warlock, according to The Hollywood Reporter, were Bridgerton star Regé-Jean Page and 1917 star George MacKay. I would like to note that all three of these actors are from London. Does this mean that Warlock is going to have a British accent? Because I’m here for it.

Adam Warlock is connected to the galactic side of Marvel. With the Guardians bringing him in and Thor being with them, we could see his origin or we could see a Thor/Warlock who already know each other. Whatever Marvel has planned for us, I’m excited, and I think that James Gunn’s Guardians of the Galaxy Vol. 3 is a perfect fit for someone like Poulter to really shine.

‘No Time To Die’ Becomes 2021’s No. 2 Hollywood Movie Worldwide As It Nears $500M Global
ACNH DLC: All New Customizable Buildings That Aren’t Houses
Thomas Markle: I Will Continue Blackmailing Meghan Until I Get to Meet My Grandkids!
A Carnival of Snackery
Zig-zag partings are back (just ask Ariana Grande). Here’s how to nail the nostalgic hair trend