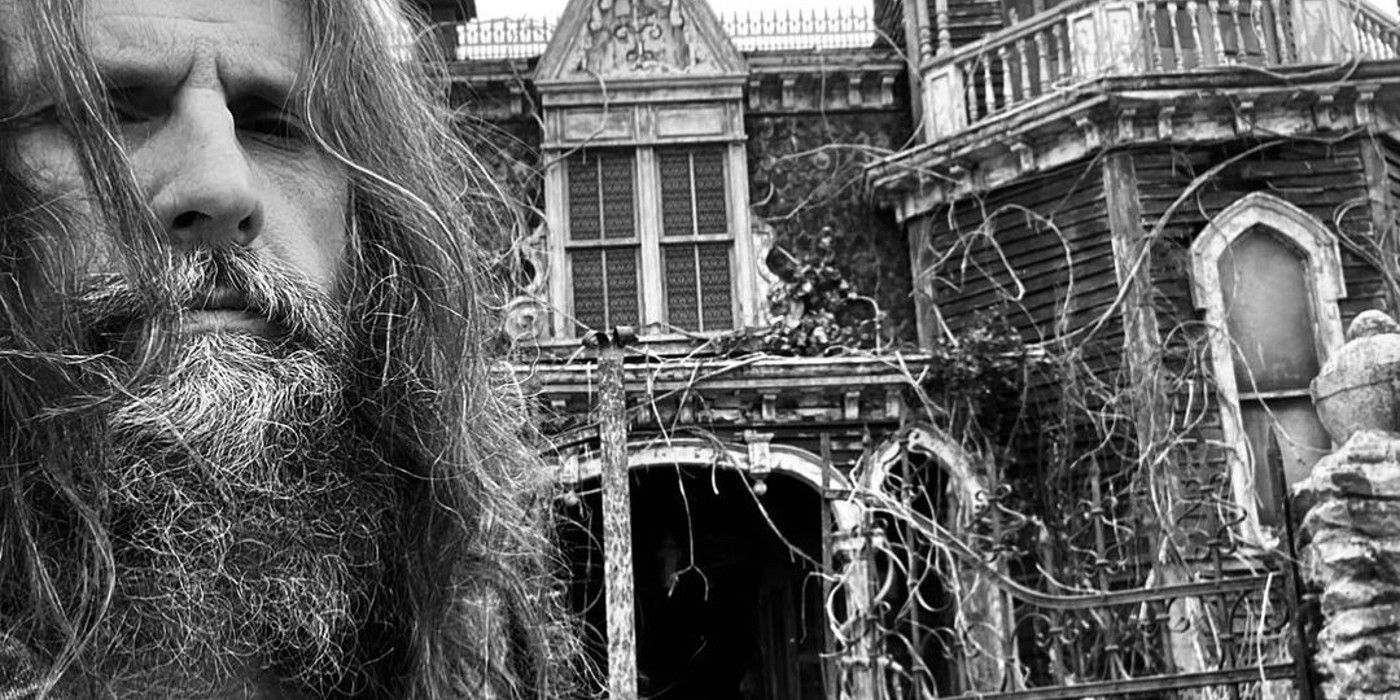 An image from the set of Rob Zombie’s Munsters movie provides a spooky look at the family’s house. Despite its short run on CBS from 1964 to 1966, the iconic sitcom is still widely beloved to this day. The original series reimagined classic Universal monsters like Frankenstein’s monster and Dracula as characters in a satire of American suburban life and other family sitcoms at the time. Others have attempted to adapt The Munsters into a feature film before to little success, though the most memorable was Munster, Go Home! from 1966.

Now, the famous musician and horror director Rob Zombie will be the next to try his hand at making a movie based on the beloved sitcom. While not much is known about Zombie’s adaptation in terms of casting or plot, much has been made about the construction of the Munster family home on 1313 Mockingbird Lane. Zombie has shared numerous looks at the set in Hungary on social media starting during the early days of construction. Earlier this month, the exterior appeared to be completely finished, along with many other homes in the fictional neighborhood of Mockingbird Heights.

Related: How The Munsters Became An Unlikely Civil Rights Icon

Now, Zombie is sharing yet another look at the Munster family home on the set of the upcoming film. In a selfie posted to his Instagram page, the director can be seen in front of 1313 Mockingbird Lane, as the house behind him now appears to be adorned with some additional spooky elements, such as some overgrown foliage and a rusty gate. Check out the photo below:

Zombie’s black-and-white selfie certainly evokes the aesthetic of The Munsters TV series which did not air in color during its original run, though the 1966 film did. Much of what the director has planned for his Munsters movie is unclear, though it would certainly be a bold creative choice to film it in black-and-white to pay homage to the original work, much like David Fincher did with Mank.

Zombie took on an enormous feat when he decided to recreate an almost exact replica of Mockingbird Heights in Budapest, and thanks to the hard work of a dedicated crew, it appears the exterior of 1313 Mockingbird Lane is completely finished. That means filming could commence very soon, though none of the cast has been officially confirmed. Zombie’s Munsters movie is also rumored to premiere day-and-date on Peacock and in theaters, though it does not have a release date at this time.

Next: Why Rob Zombie Is The Best Person To Reboot The Munsters

Adam Bentz is a Movie and TV news writer for Screen Rant. From a young age, Adam has been interested in a wide range of movies and television, but it was talented auteurs like Quentin Tarantino, Paul Thomas Anderson, and Aaron Sorkin who ultimately sparked his interest in the craft. Motivated by his love for the screen, Adam studied creative writing with a concentration in screenwriting at Southern New Hampshire University.

After graduating, Adam interned as a writer with The Borgen Project, a nonprofit organization working to end extreme poverty. Other than writing for Screen Rant, Adam reviews films on his website petrifiedfountains.com