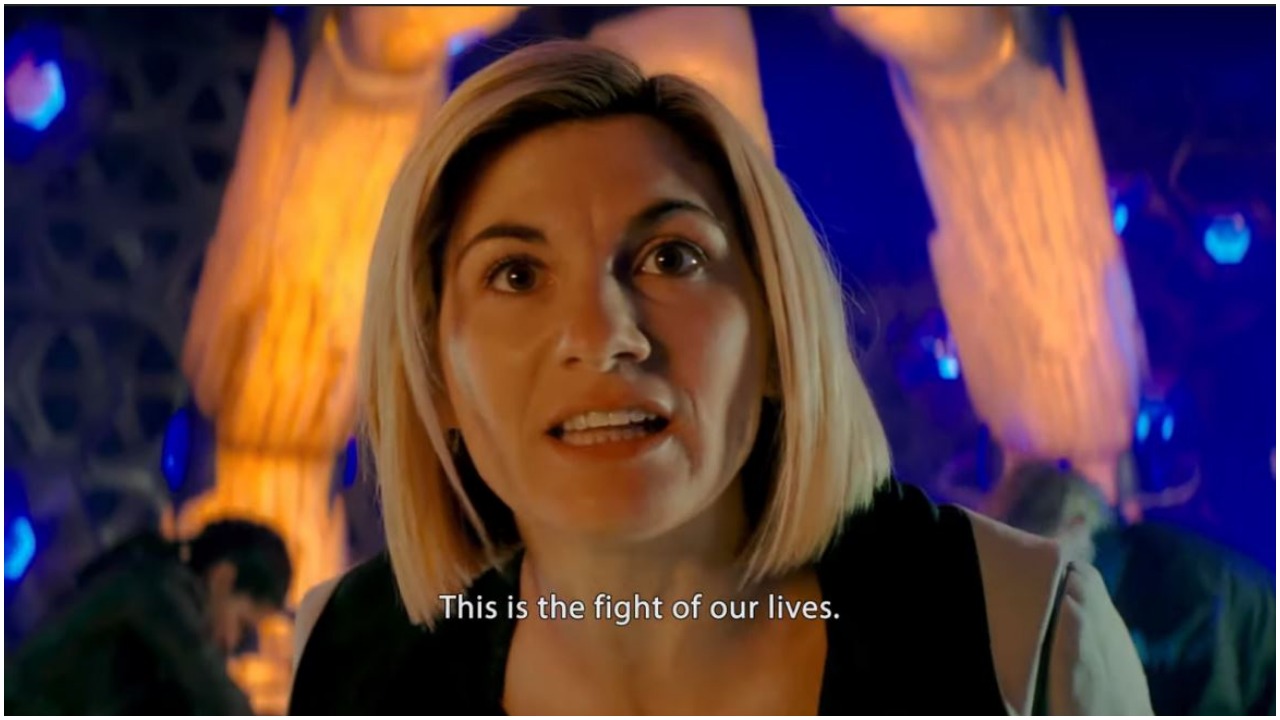 Season 13 of Doctor Who is only weeks away, and BBC America just dropped a teaser trailer for the upcoming season. The brief trailer features the Doctor (Jodie Whittaker) sending a warning straight to camera, warning that “The Flux is coming.” Whatever the “Flux” is, it’s going to be a major cluster-flux, bringing with it all sorts of baddies from the series. Whittaker continues, “It’s bringing with it the Sontarans, Weeping Angels, creatures known as the Ravages, and enemies from across the universe.” Whittaker exclaims, “This is the fight of our lives” before she’s called away.

It’s a great teaser that ratchets up the tension for the upcoming season of Doctor Who, which will be the final outing for Jodie Whittaker’s Thirteenth Doctor, who made history as the first female Doctor of the long-running sci-fi franchise. Whittaker’s departure will also see Chris Chibnall step down as showrunner, with Russell T. Davies returning to the role.

The eight-episode season will connect together as part of a larger story arc, which will feature Yaz (Mandip Gill), and new companion Dan (played by comedian John Bishop). Audiences will also meet mysterious character Vinder, played by Game of Thrones’ Jacob Anderson. Chibnall previously discussed plans for the season at SDCC, and how the pandemic changed everything. He said,

“Before we started making it, there were times when we thought we were going to be unable to do the show under covid conditions this year… there were two ways you could go, … You could go ‘let’s do lots of tiny little episodes in one room, with no monsters,’ or we could throw down the gauntlet and do the biggest story we’ve ever done. We’re going to go to all kinds of different places, we’re going to have all kinds of characters and monsters, and it’s all going to be part of a bigger whole. It’s definitely the most ambitious thing we’ve done since we’ve been on the series.”

If you’re sad to see Whittaker go, take heart. She’ll be appearing in 3 specials next year before officially signing off.

Doctor Who: Flux premieres on October 31 on BBC America.

Here’s how it played out (she didn’t know who was going to be on the other end of the phone! 😉)#FindtheDoctor #DoctorWho pic.twitter.com/WLMvCkghZt

This continues to be the greatest squirrel feeder ever pic.twitter.com/SL180o2QrV