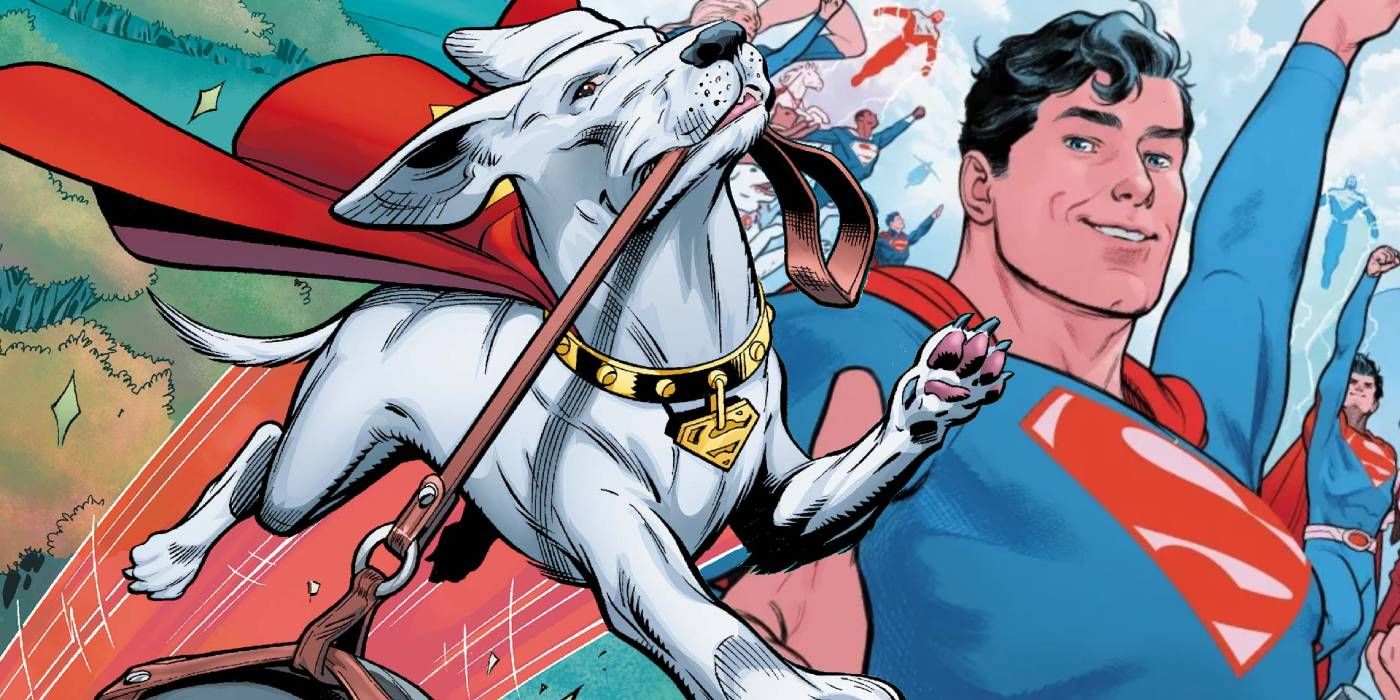 A heartbreaking detail has been revealed regarding Superman’s dog, Krypto. The super pet might help save the world on occasion, but at the end of the day, Krypto is still man’s best friend.

Although Kal-El is the last son of Krypton, he isn’t the only Kryptonian native on Earth. Naturally, Krypto became Clark’s dog and has used his inherited powers to save the day alongside Superman. As Clark and Lois have gone onto raise their son Jon, Krypto has become a family dog, with new significance as Superman’s legacy grows. His importance to the Kent family is emphasized in Action Comics #1035, written by Sean Lewis and Phillip Kennedy Johnson, with art by Sami Basri, Adriana Melo, and Daniel Sampere.

Despite using his powers for good, Krypto doesn’t always join Superman on missions. When Clark has to leave his family, Lois asks if he said goodbye to their furry companion. “Did you say goodbye to Krypto? Because he gets all confused and looks around for you when you don’t.” Lois’ question implies that Clark has had to leave abruptly in the past, causing Krypto to be confused as to where his friend has gone. Whether Superman has flown to space for an intergalactic crisis, or he’s been imprisoned by an enemy, the loyal super dog is aware of his absence. He’s probably even searched the globe himself to find Clark when he’s disappeared.

Even though Superman insists he said goodbye, it likely doesn’t stop him from feeling like something’s wrong. While Ace the Bat-Hound might look for clues when his master vanishes, Krypto has the ability to get to the bottom of things. Theoretically, he could even follow Superman from a distance and intervene if his owner was in the middle of a fight. A story told exclusively from Krypto’s perspective while Clark is away on a mission would rival the beloved solo tale of Hawkeye’s Pizza Dog. Now that Clark and Lois have a family, Krypto effectively becomes Jon’s canine sidekick. He might miss his true master, but his lonely days should be behind him with Jon around. He might not replace Superman, but the half-Kryptonian is better company than none for the family dog.

Considering this new information, it reframes many of Superman’s adventures through Krypto’s eyes. When Clark fought Doomsday and was temporarily deceased, Krypto must have been devastated. As Superman remains far from home, he at least knows that his master isn’t dead. While Jon dog-sits, they’ll be missing their father together. Both aspiring to be like Superman, Krypto and Superboy have big shoes to fill for the time being.

Timothy Mably is a comics news writer for Screen Rant. His passion for storytelling was instilled at an early age, and has evolved into his pursuit of journalism. He recently graduated from the Walter Cronkite School of Journalism with a degree in communications. Timothy currently lives in Los Angeles, California.