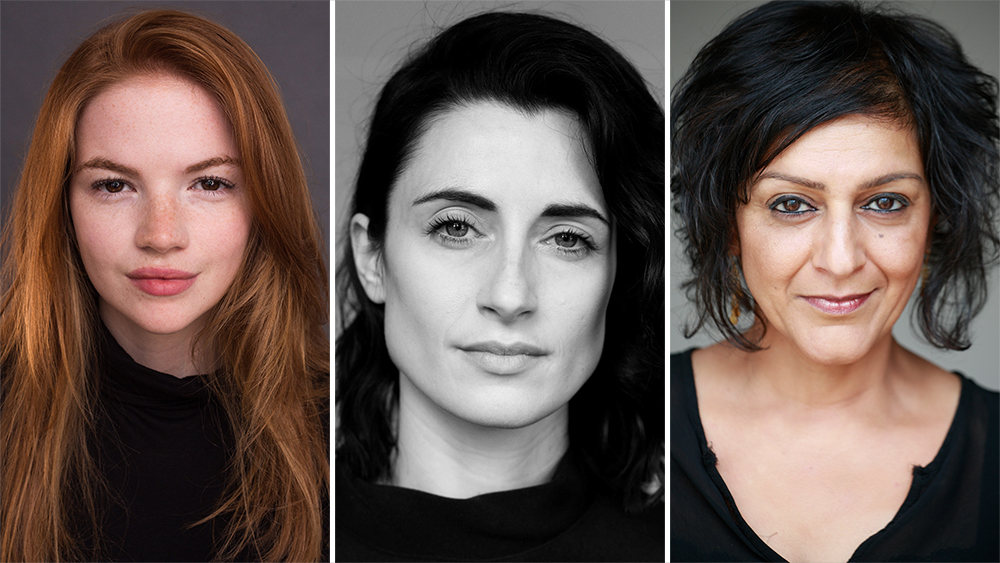 The Wheel of Time will keep turning, and with even more characters as the Amazon fantasy series adds Ceara Coveney (The Amazing World of Emma), Natasha O’Keeffe (Peaky Blinders) and Meera Syal (Broadchurch) to its Season 2 cast as series regulars. They will appear opposite star Rosamund Pike and Josha Stradowski, Marcus Rutherford and more.

Set to debut on November 19, The Wheel of Time takes place in a sprawling, epic world where magic exists and only certain women are allowed to access it, the story follows Moiraine (Pike), a member of the incredibly powerful all-female organization called the Aes Sedai, as she arrives in the small town of Two Rivers. There, she embarks on a dangerous, world-spanning journey with five young men and women, one of whom is prophesied to be the Dragon Reborn, who will either save or destroy humanity.

During the panel, Pike spoke about embodying Moiraine for the series, noting that the role has allowed her to tap into another “power outside of myself.”

“In a spiritual sense I thought it was the right time in my life to explore a power outside of myself. Channeling and tapping into something rather elemental,” she said. “Being able to create a language to express that connection really interested me a lot, as well as taking on the responsibility of showing someone who wields great power – how they do it, how they use it, when they retrain using it.”

The panel also unveiled a clip for the upcoming Amazon series, see it below.

Based on Robert Jordan’s best-selling fantasy novels, The Wheel of Time was adapted for television by executive producer/showrunner Rafe Judkins. Larry Mondragon and Rick Selvage of iwot productions, Mike Weber and Ted Field of Radar Pictures, Darren Lemke, Marigo Kehoe, and Uta Briesewitz will also serve as executive producers, with Briesewitz set to direct the first two episodes. Rosamund Pike will serve as producer and Harriet McDougal and Brandon Sanderson as consulting producers. The Wheel of Time is co-produced by Amazon Studios and Sony Pictures Television.